To do a post about “trees” while we’re at the cabin might seem a bit unnecessary.  Let’s face it – there are thousands upon thousands of trees on this property.   Except for the two acres surrounding the cabin which is mostly lawn, the rest of our property is covered with – you guessed it – trees.  Big trees and little trees, tall trees and scrub trees.  Standing trees and fallen trees.  But there are some trees that are quintessential cabin. There is the tall and stately maple tree that guards the way to the pond. 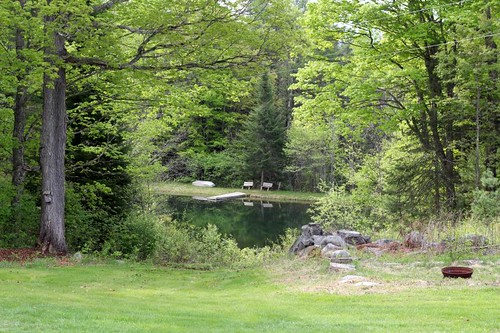 And then there are the pine trees that anchor the left side of the cabin.  These must have been planted by my grandmother back shortly after the cabin was constructed.  Tall and stately, there once were four, 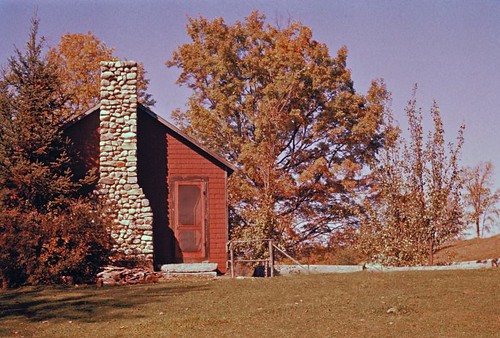 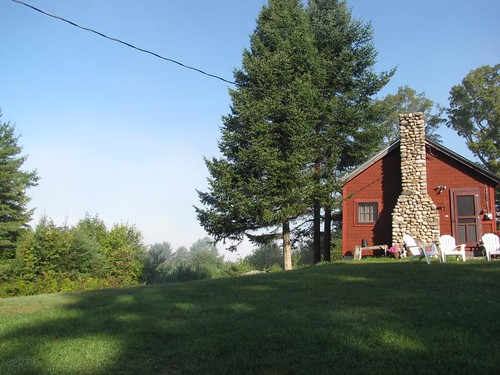 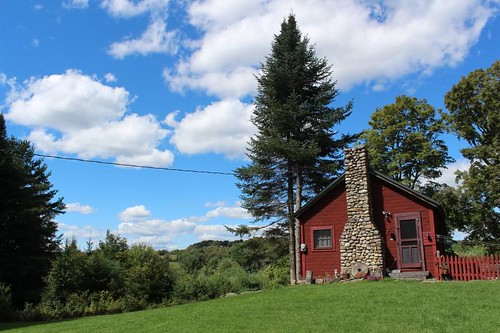 I can’t quite imagine The Cabin without those pines.

It’s also hard to imagine the cabin without the pear trees in the cellar hole to the right of the cabin. 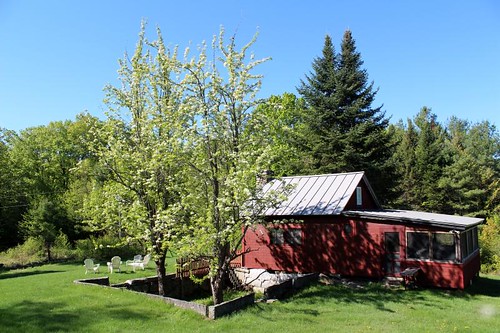 Also planted by my grandmother, I suppose, they produce a fair crop of hard as rock pears most years and occasionally my dear SIL makes up a batch of Cabin Pear Jelly. But more importantly, they are the perfect distance apart for a hammock. 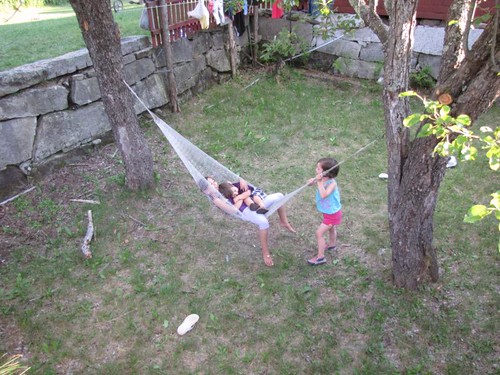 I wonder if she planned that?

But the tree that captures my heart the most is this giant maple in our ‘backyard’ that finds its way into almost every cabin picture. 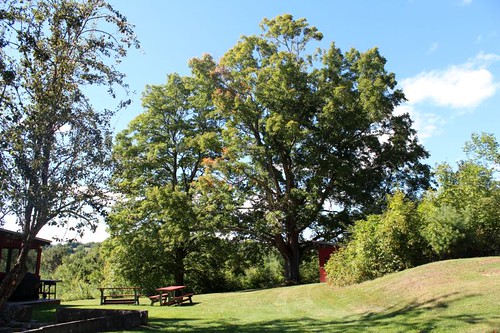 Long before there were any trees right around the cabin, there was this tree. 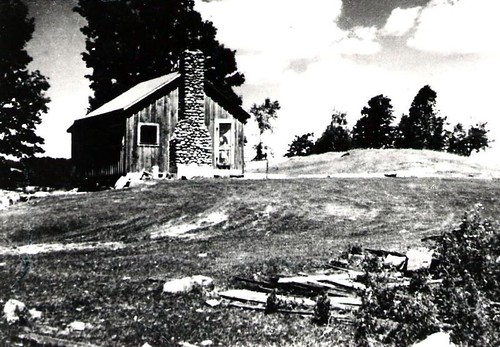 This summer I couldn’t seem to get enough of this tree, with its massive branches stretching to the sky. 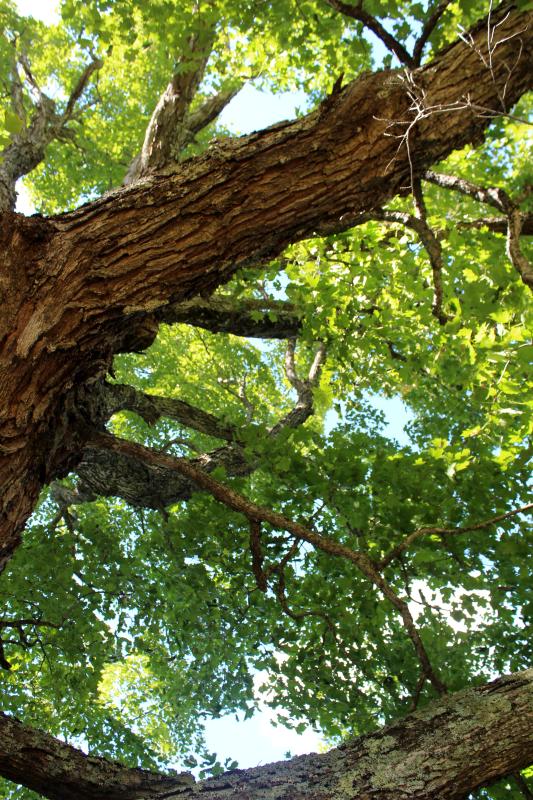 Even as it displayed those first hints of fall, it just seemed to add to its majesty. 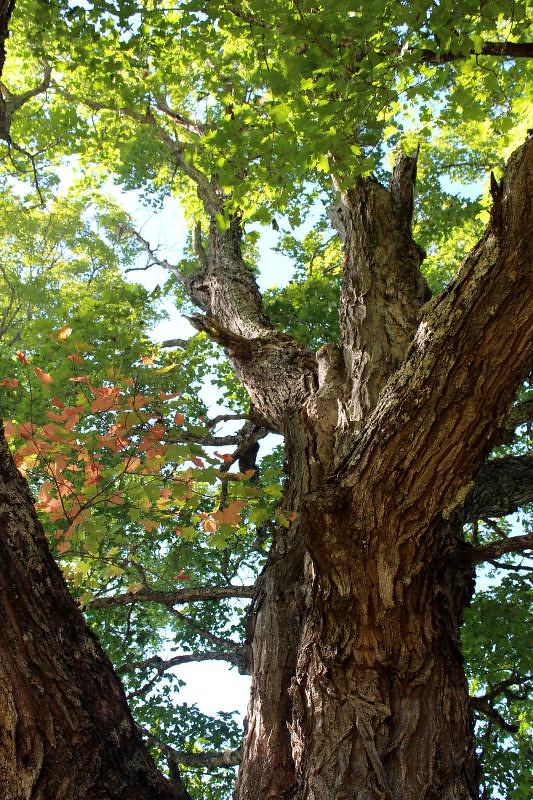 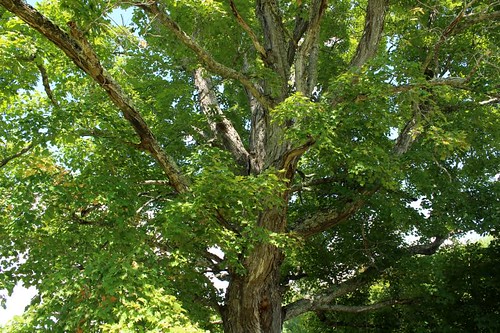 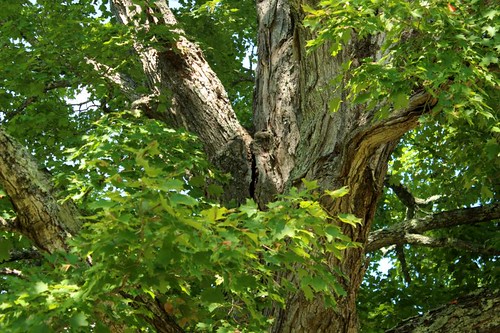 and truth be told, we never know how we’ll find her each spring after the winter snows. But all of us cabin folk hope she’s around for decades to come. 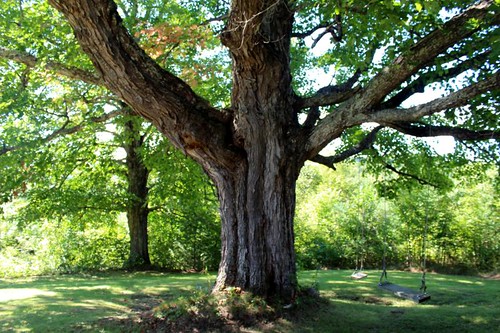 Maybe yet another generation will be able to swing from her outstretched arms.

*Special thanks to family members for supplying photos of seasons when we’re not usually here. And of course to my grandmother, Lizzie, whose photo stash supplied the ‘before my time’ photos. For more tree pictures – (you know you want to….) click here!