Sadly, the excavator has not arrived this week as expected. The view of the motel remained like this – 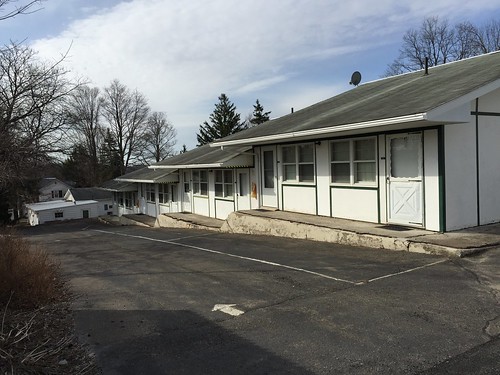 Sigh.
So our week was a little less productive than we’d hope. Gary took care of a couple of small jobs, but was reluctant to start anything too big just in case that excavator showed up. But over in my world, the week started off with a bang – 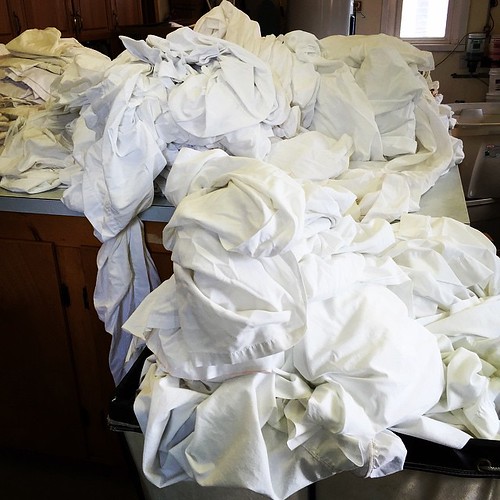 A full compliment of guests over the weekend = lots and lots of sheets and towels to wash and fold. With a little help from the housekeeping girls, by lunch time Tuesday it was all under control. 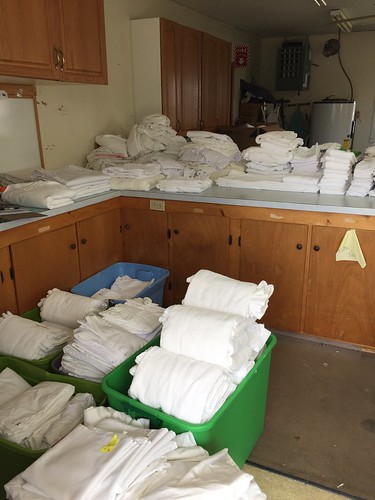 Well, until next Monday when it will start all over again! (I bet it’s the same at your house, only the pile might not be quite as high or as overwhelmingly white!)
The rest of the week was pretty quiet. We did wake up to the startling sight of snow this morning 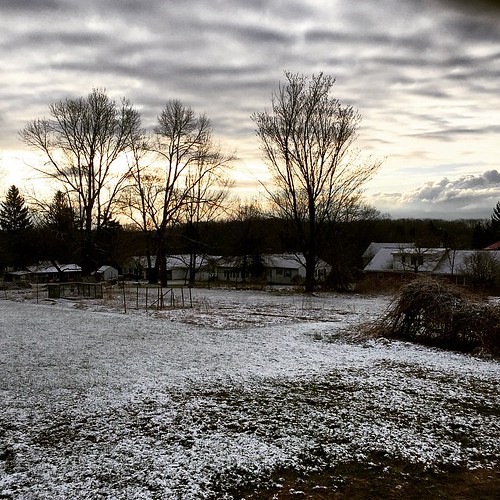 and it continued to snow (quite vigorously at times) throughout the day. Pretty crazy. Since I’m putting in some extra SOWER hours over the weekend (helping out with meals), I spent this unexpected snow(y) day (it is April, right?) cutting out my next quilt project – 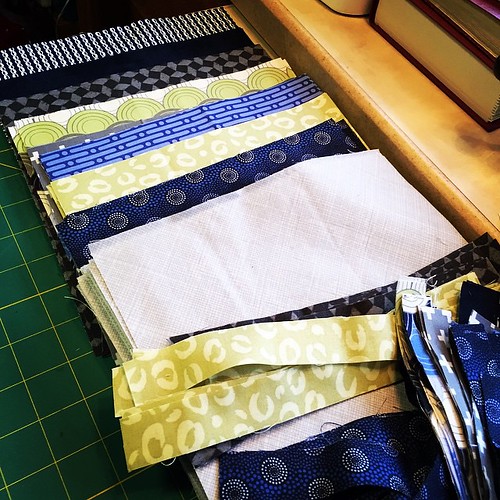 And while I’m anxious to get sewing on it, that won’t happen right away. The next couple of weeks are already pretty full. Even though this week was kind of a bust (walk-way wise), we are still heading to the Cabin on Sunday to open her up for the season. 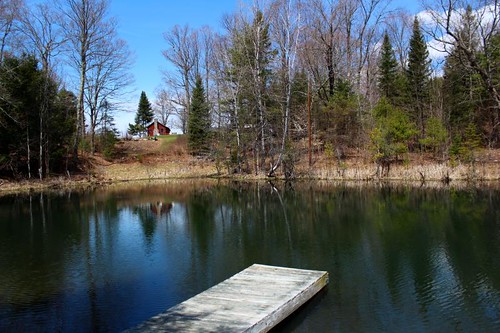 We love being up there in the early spring (this picture was taken two years ago, just about this same time of year) and are hopeful that it will be warm enough to get the water up and running.  I know that Gary has some outdoor chores planned, but I also think he’s packing some books, so I’m hopeful that there will be at least a bit of down time.

And after that? Well, Gary will return to Montrose to (hopefully) find that walkway demolished and ready for him to get started, while I’ll be joining my sisters for our annual Girls Week.