Gary kept pretty busy! No surprise, right?
We were both quite hopeful that while we were at the cabin that ol’ excavator would have arrived to tear out that pesky walkway. It was not to be. So he spent the first part of his week alone (remember, I was off giggling with my sisters) checking out the A/C, finding and fixing a leak and continuing to pre-cut lumber for when he could actually begin to tackle the walkway. The excavator did show up mid-week, and before long, with only a couple of starts and stops, the job was done. I wasn’t around to take any pictures of the demolition, but just so you can get an idea of what it was like – 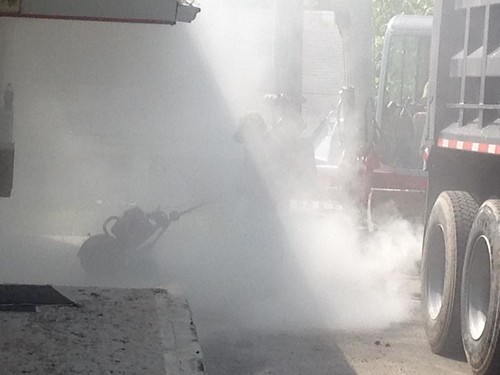 here’s a shot from last year. Trust me, there isn’t much to see!
But here it is, with the walkway, stairs and debris removed. 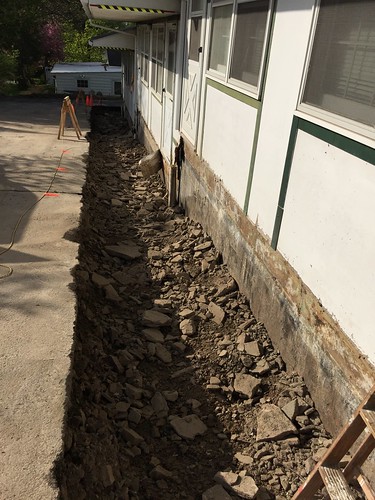 OK, some of the debris is still there, but he’ll be building right over that. That’s what knee pads are for!
While he waited for his trusty assistant to return, he framed in the connecting walkway between the two sides. 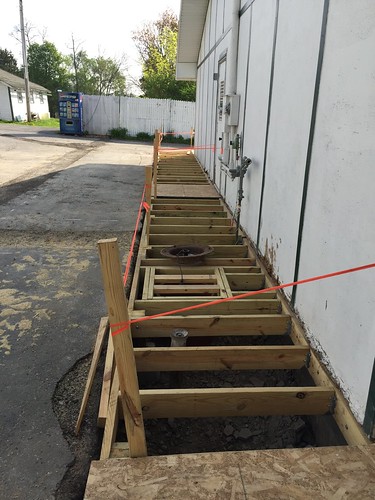 (I’m so glad that somewhere in his head is the plan for this.)
Once I got back in town, he was ready to move into over-drive to get busy on the walkway. Oy. I’m what you call a fetcher-holder-leveler-cleaner-upper kind of helper, but I’m learning how valuable that is. Or at least he tells me it is. (Let’s face it, not having to climb out of the ditch to get supplies is always a help! And when you need an extra set of hands, you really need an extra set of hands.) I, on the other hand, was so far behind on life “stuff” (week at cabin + week with sisters = crazy far behind) that I was a bit panicked about getting caught up on my computer stuff. I’m happy to report that we reached a happy compromise when I set up my computer, hot-spot and paperwork in the truck so I could be available for him and still get some work done. 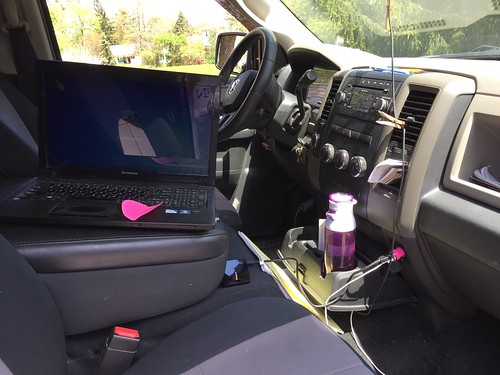 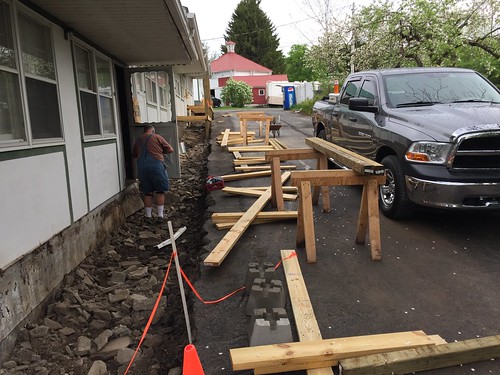 It worked out surprisingly well. 🙂 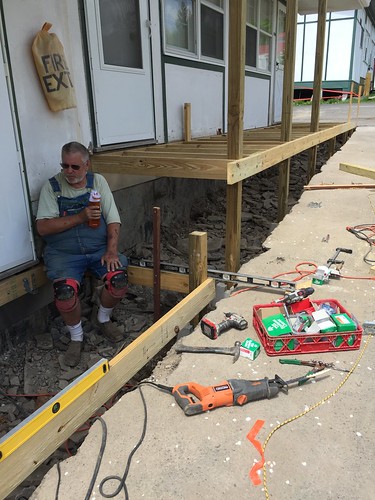 (Just thought I’d throw this one in here so you can see he does rest occasionally.)
With a little help from friends 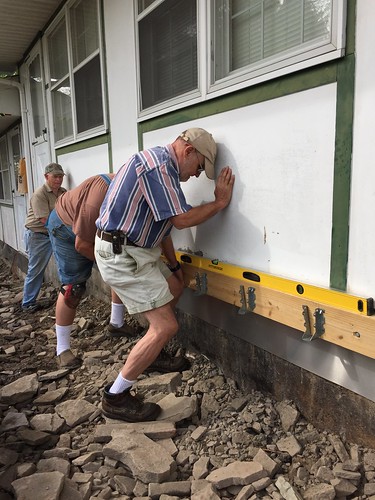 he had all four landings framed in by Wednesday. Phew. Oh, there is plenty still to be done, but with the landings framed he can at least make those eight rooms accessible for guests. 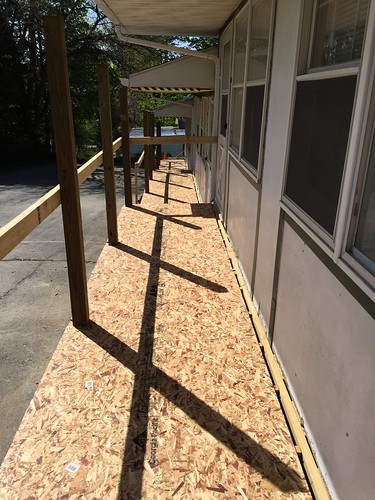 Not pretty, but safe.
Now he’s on to the decking and stairs between landings, then the railing, then the finishing lattice work. Yeah, there’s still plenty to do. 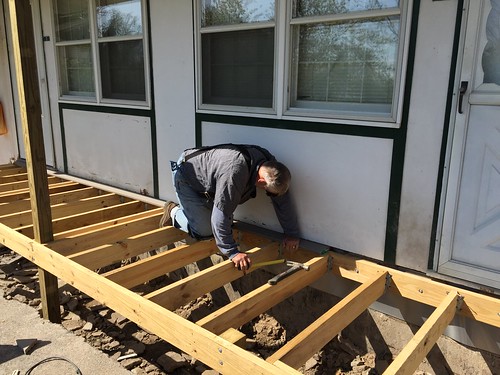 He’d like to have that first landing and the connecting walkway between sides all “decked” before the holiday weekend. I think he can make that happen, don’t you?
Since the decking doesn’t require so much fetching-holding-leveling help, I’ve moved my office back to the rig. I’m still close enough when he needs help lugging the decking and I can keep an eye on him right out the window. Although we are planning to move the house up to the campground over the weekend, it has been nice to be tucked in close to where he’s working. 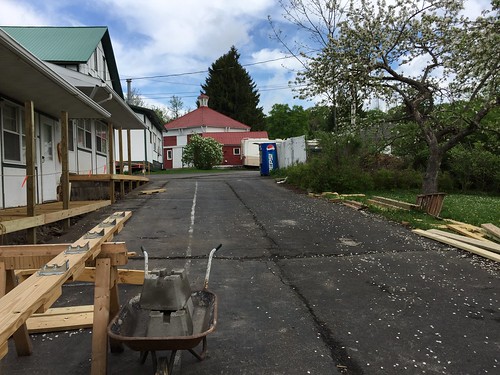 Plus, when I have a spare moment, there’s always this right next door to keep me busy. 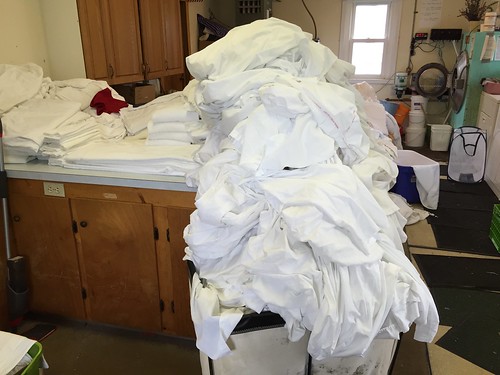 Ah, yes – the ever present pile of whites!

2 thoughts on “While the girl was away….”