Gary’s walkway project is coming right along! The landing are done, 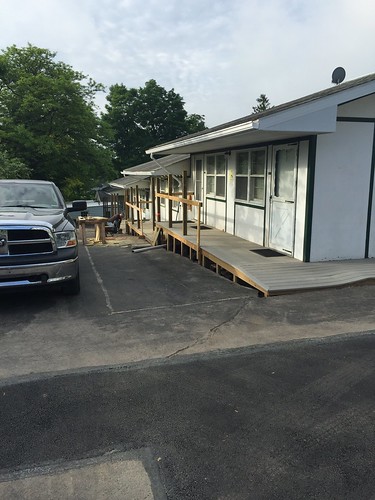 the stairs are built (more built than in this picture!) 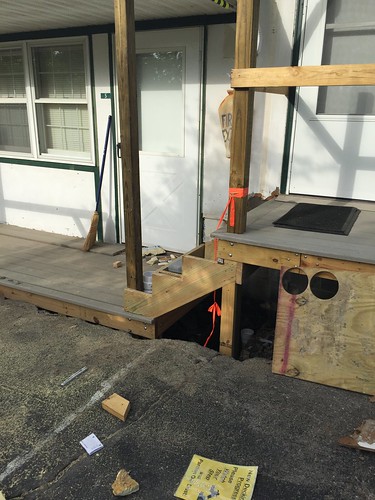 and the railings are well on their way! 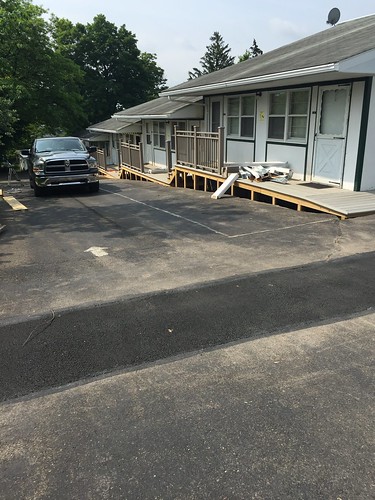 He was just getting started on the stair railings when a little side job came up. Between the fact that the gas company coming to run some gas lines and there were five (5!) men available to help, it was determined that it was time to finally remove the old (propane) convection ovens in the kitchen 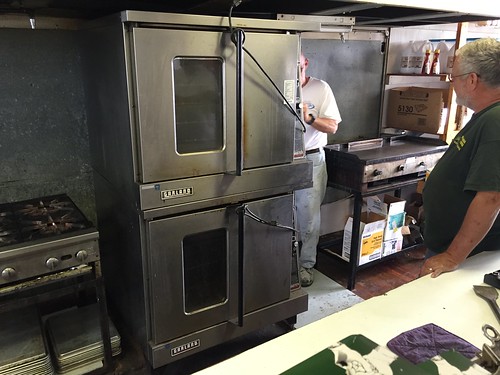 and move in the shiny new (natural gas) ones that were just waiting for the gas line to arrive! 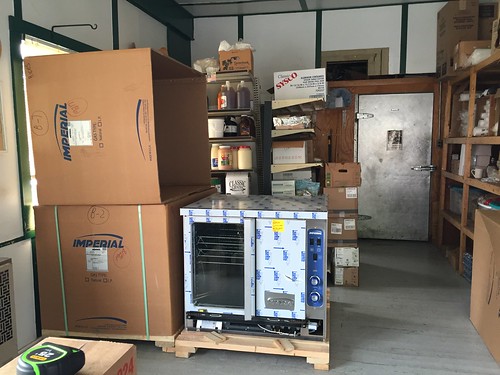 I’m not sure what the weight of each old oven was, but the new ovens had a shipping weight of 521# each. Five men, indeed! 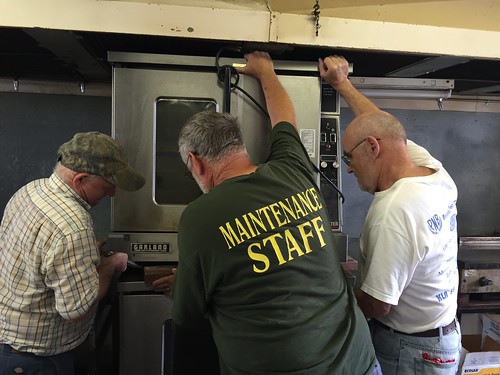 (Can I say here, ever so kindly, that 3 of those 5 guys are well into their sixties!) 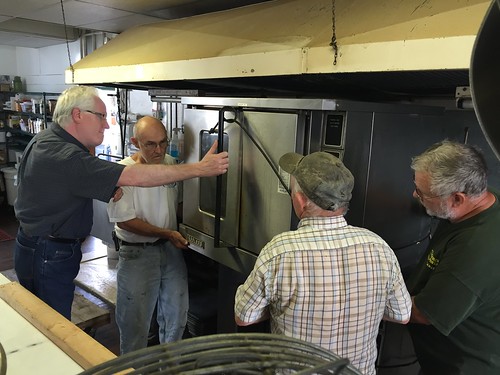 So just how are we going to handle this? 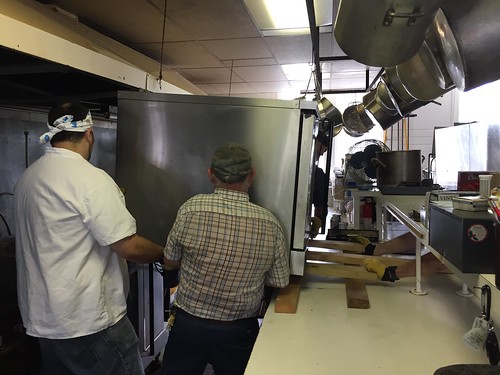 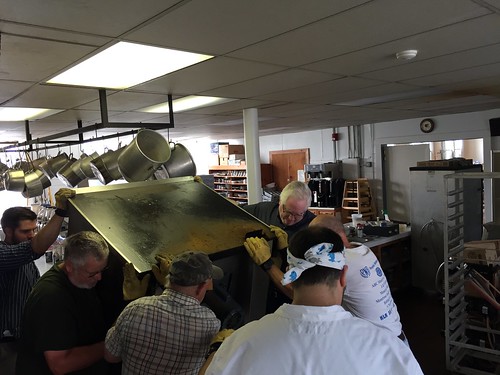 And then re-position those 2×4’s to get it to the dolly. 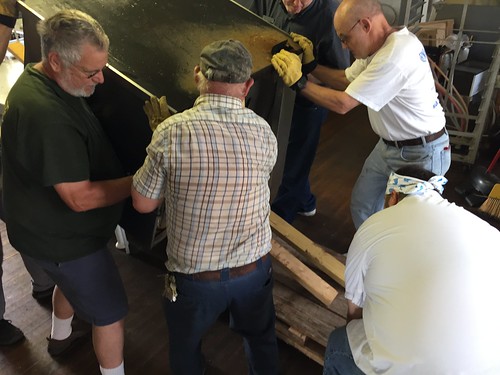 Watch your fingers!
And then it was through the door (just barely) 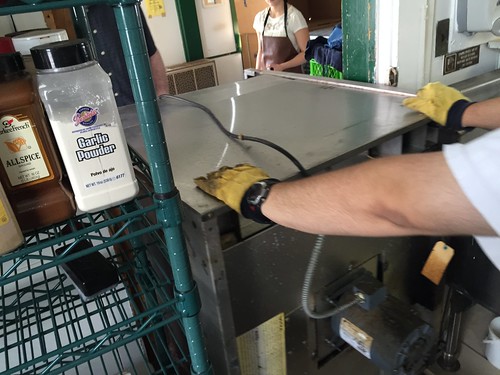 And then through the next door and on to the back of the truck! 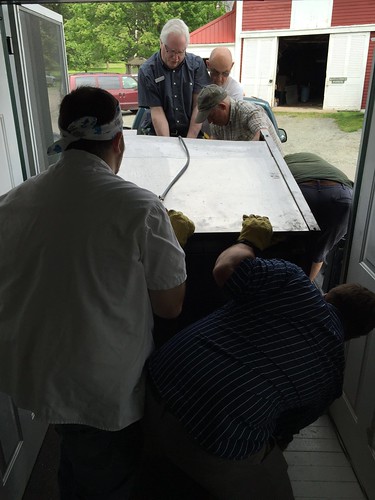 Catch your breath. Repeat.
Then do it in the opposite direction get the shiny new ones in place. 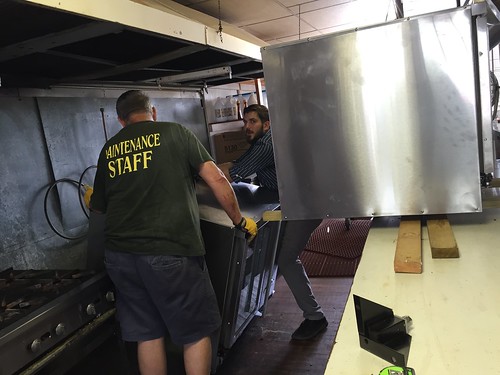 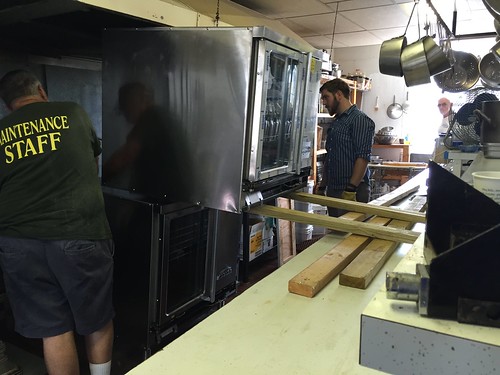 Oy!
Did I mention that lunch was being served to a small group that day? No oven was involved, but apparently there was soup on the menu! 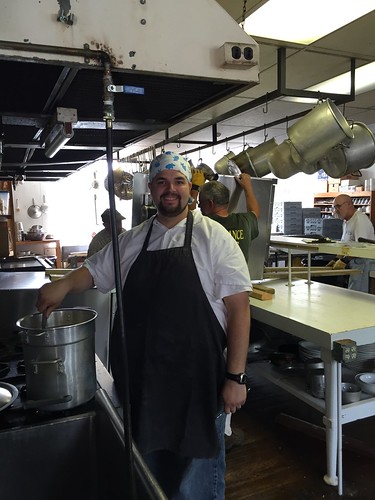 Nothing can distract a great chef in action!
So the ovens are in. Though I don’t believe they are quite hooked up yet. 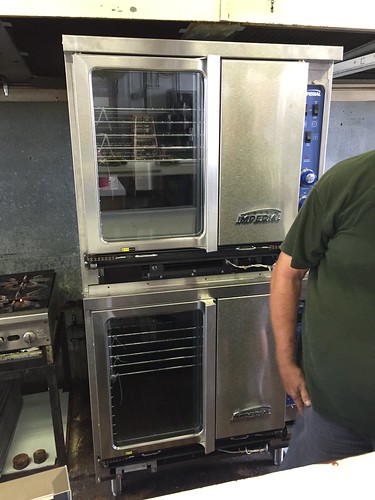 And Gary moved back to the stair railings. 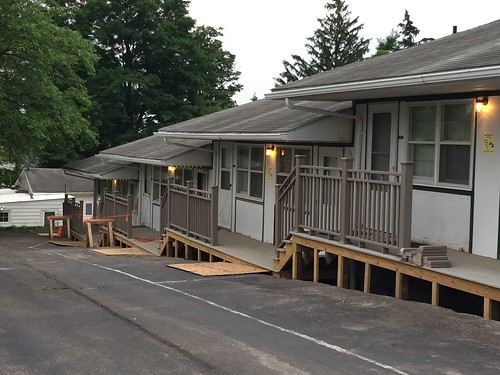 Have a good weekend, friends! We’re headed to the cabin early (EARLY!!!)  tomorrow morning for an quick overnight visit. But it will involve family AND the cabin, so all is well!