With only three days left before we head to Oklahoma, there has been a lot of scurrying around getting things ready to go. Or ready to leave behind, as the case may be. While we are putting the finishing touches on the RV Reno and working on getting things back into the rig, Don and Jenny are not only getting themselves ready to leave, but they have the additional chores of closing up this home/garage/hanger for the winter. And don’t forget, it’s a South Dakota winter we’re talking about. One of the biggest items that needs attention is Jenny’s pretty little ride – the Stinson. 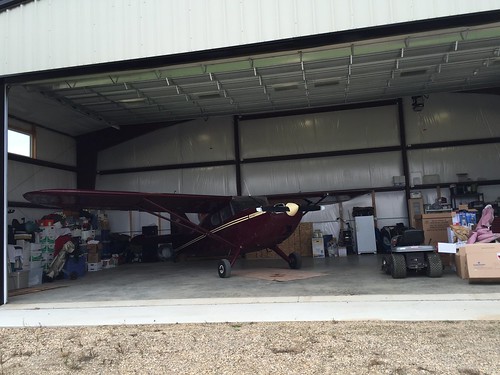 First of all – let me correct my earlier post. This is a 1948 Stinson, not a 1940 – and she’s as pretty as can be! Just like any vehicle that’s going to sit still for a season, certain things need to happen. But first she had to come out of her cozy little house. 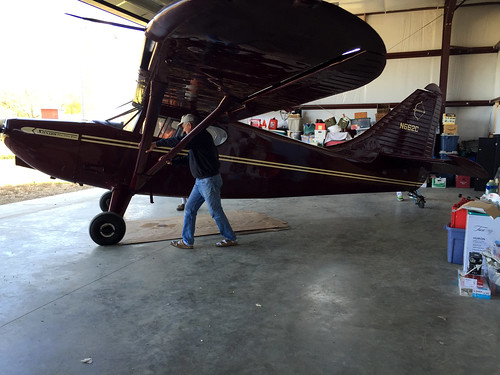 Don and Gary pushed the wings, Jenny steered from the rear, and I watched the wing tips and the door openings. 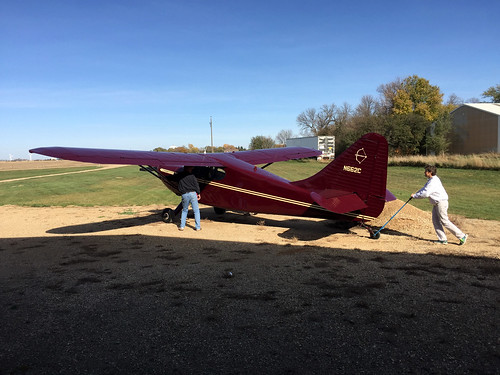 And took a couple of pictures. 🙂

Once we had her clear of the hanger, Jenny and I hopped in and took her for a spin. 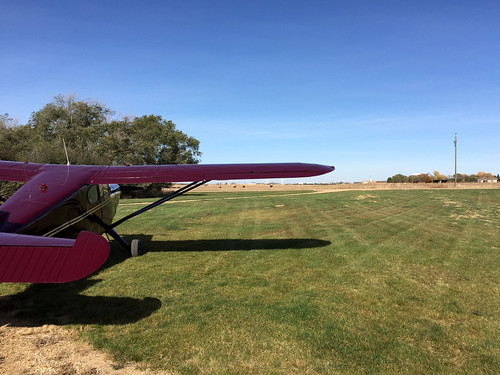 Jenny really wanted to take her UP for a spin, but those cows were in the bean field runway across the way and as much as the sky was calling, she resisted and just took her for a spin in the yard! 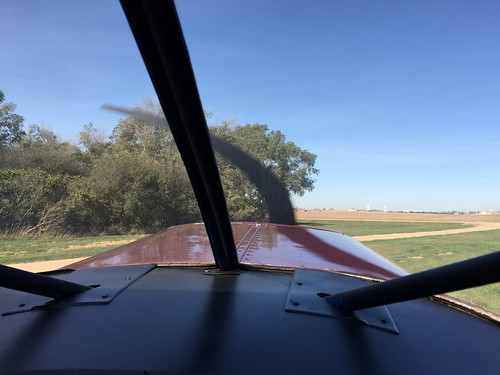 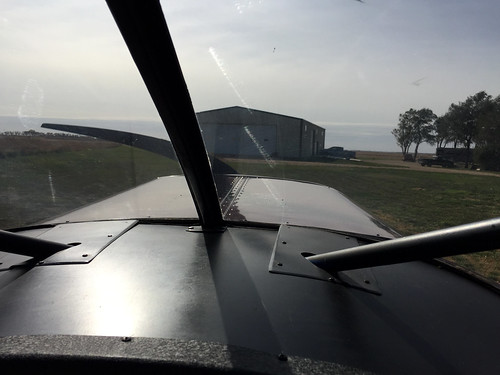 The purpose of that little exercise was to get the oil flowing in the engine so it would be easier to change. It was also a good opportunity for me to be able to say I’ve ridden in Jenny’s plane. 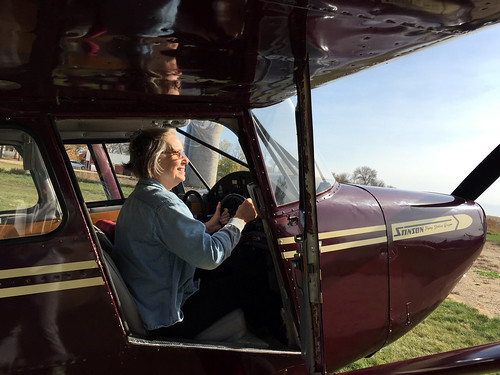 OK, you know that is totally staged, but she really did let me do a bit of the steering.
Anywho – once the oil was changed (glug, glug), came the really fun part. Fogging the carburetors. While the engine is running (and the prop turning) Don has to lie under the fuselage and spray fogging oil into the intake. Not sure of all the technicalities of this procedure, but it’s very important that the cylinders are coated before the plane is tucked in for the winter. And it’s also a pretty tricky and messy job. 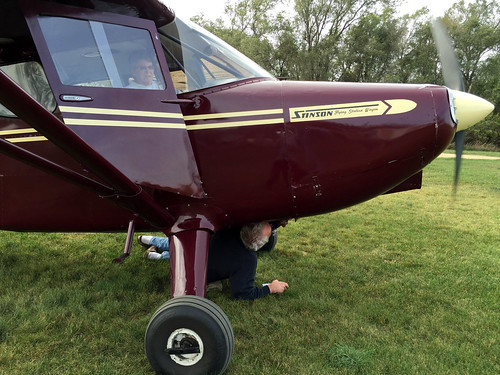 Pretty much as fast as Don was spraying it in, the propeller was blowing it back into his face. It took several tries to get the job done, and once it was, Don was too! Glad I was just the relay-er of hand signals and picture taker on that one for sure!
After Don got cleaned up, it was time to get her back in the hanger. This time with a little help from the mower! 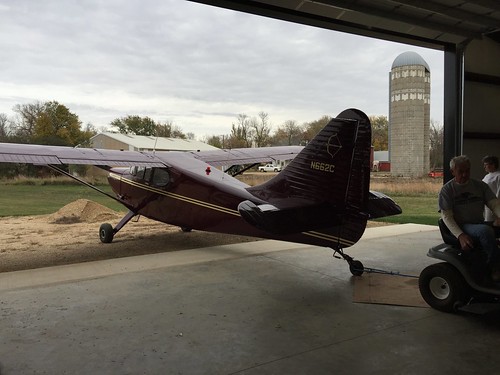 But we all got in the act getting her situated, making sure those wing tips had plenty of clearance. 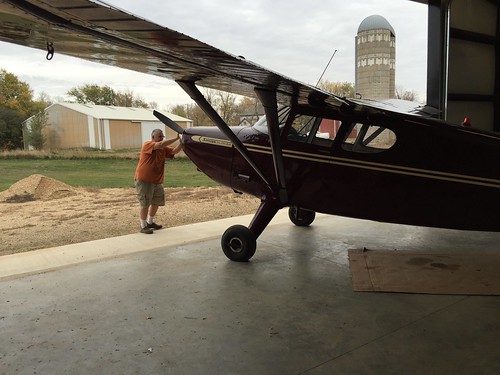 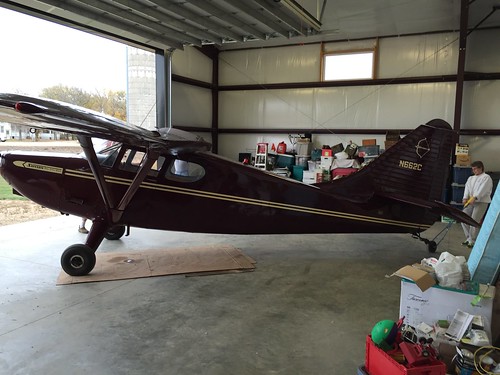 So she’s all tucked away, with nice clean oil and lubed pistons, and is waiting for one final step. Before we leave, her battery comes out and lives in the freezer for the winter. Just hanging out with the burgers until spring rolls around again! 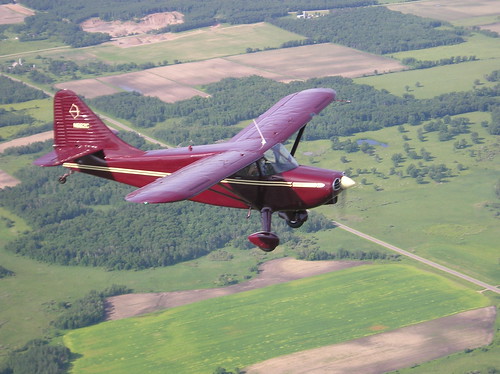 While visions of the open sky are filling her dreams.

2 thoughts on “Getting Ready”