We just finished up our first week in Glendale and it’s been a great one! First of all, here’s a little information about the ministry where we are serving – UIM International
Here is a little info right from their website –

Originally known as United Indian Missions, Inc., UIM International was founded to establish biblically-based indigenous churches among Native Americans in the southwest U. S. in 1956. Today, our ministries reach nearly 35 tribal groups in Canada, the U. S., and Mexico as well as Mexican nationals and Spanish-speaking groups within various parts of the U. S. with the objective of seeing local self-governing, self-supporting, and self-propagating bodies of Christ rise up.
With many targeted groups moving in large numbers to urban areas, we’re doubling our efforts to place church planters in major North American cities, praying that those who become Christ-followers will take the Good News back to their countries and reservations.

We are working at their service/support center here in Glendale. They handle all of the printing, mailing, financials, and, when necessary, auto repair! It’s a 5 acre (+/-) plot of ground with one house, one office building (that used to be a house), a duplex, a small citrus orchard (yumm), a large garage, and several sheds. Oh, and three RV sites. In many regards, it’s one of our smallest projects. And yet since it reaches into Mexico and Canada, it is also one of our largest!

So what are we doing? Well, lots of different things! The guys have been working mostly in the office building. Two of them (Fred and Steve) are doing a significant remodel in the kitchen area. 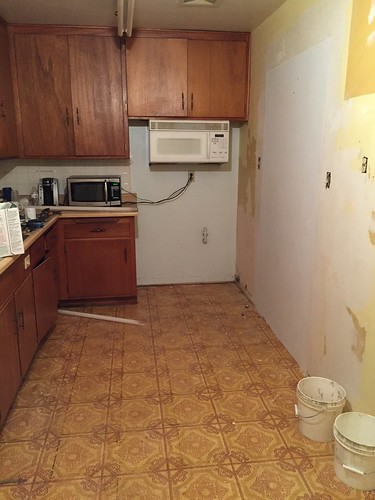 I failed to get a total ‘before’ picture (there were some cabinets on the wall and some pretty 1960s wallpaper) but I think you get the idea. They patched up and painted the wall, and are making great progress on the floor (they also had to remove one layer of flooring first!). 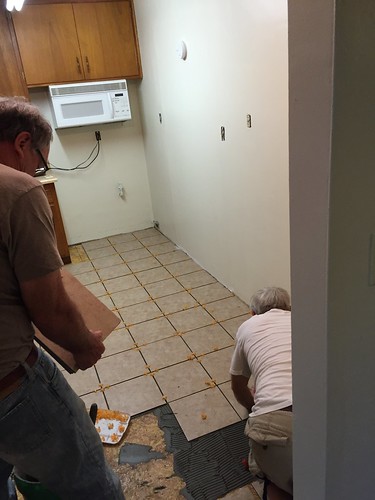 Gary, meanwhile, has been making a real mess as he’s been putting holes in the walls. 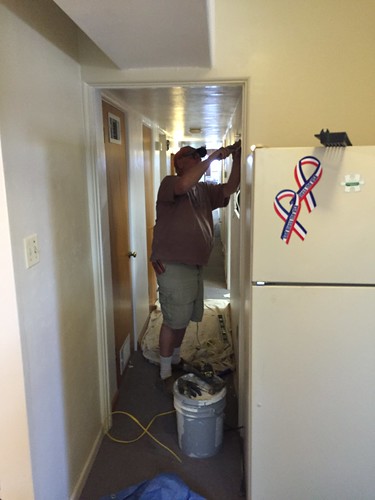 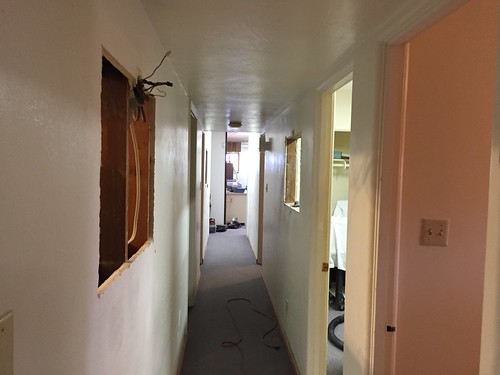 Essentially he’s putting interior windows into the four hall offices, and cutting holes in walls ALWAYS makes a huge mess. The staff is very accommodating (it was their idea, after all), but I have to tell you, there is a lot of dusting in someone’s future!
Meanwhile, we ladies have been concentrating our effort in THIS house. 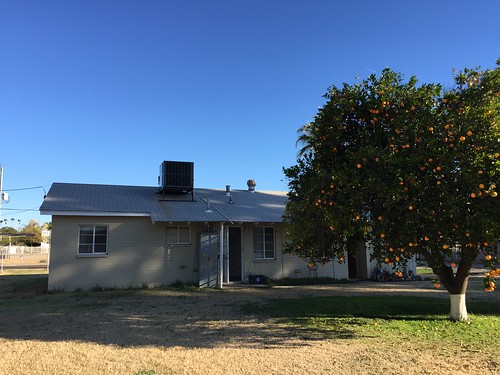 It’s a modest three bedroom house that until recently had been occupied by the original (and elderly) owner of this property (a missionary). She recently moved into an assisted living facility, and SOWERS who had been here in December and January worked hard to empty out the house (I understand it was filled to the brim) and then update it for new occupants. (The ministry wants to have it available for missionaries as they are passing through, getting their vehicles repaired or coming in for meetings, etc.). So there was a bit of remodeling, all new flooring put down (except kitchen and bath), and everything got a fresh coat of paint. The ladies sorted through years of collected stuff and had a giant yard sale! So what’s our job, if they got all the work done last month? Well, we are giving it one final post-remodel cleaning 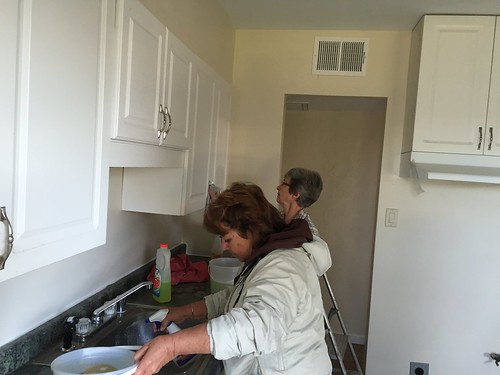 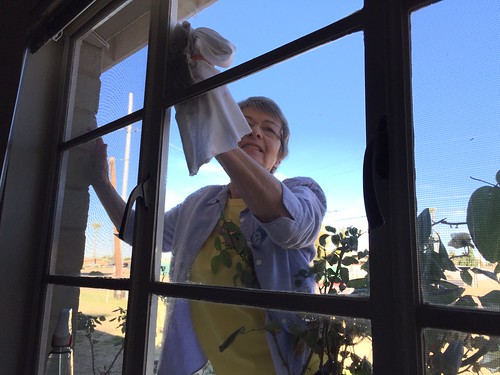 and then we get to move things back IN to the house! Yep, we’re the decorating team! This is our primary shopping area (plus anything that was left over from last month’s successful yard sale) – 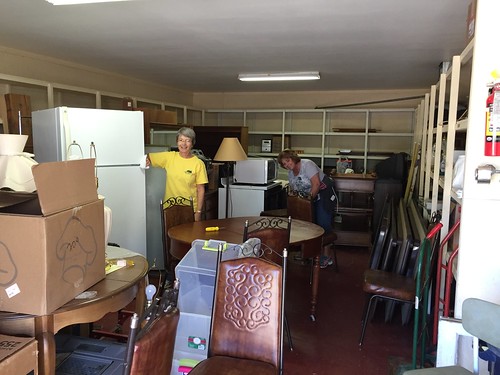 OK, so we’re not quite ready for an HGTV episode, but we think the next couple of weeks should be pretty fun! 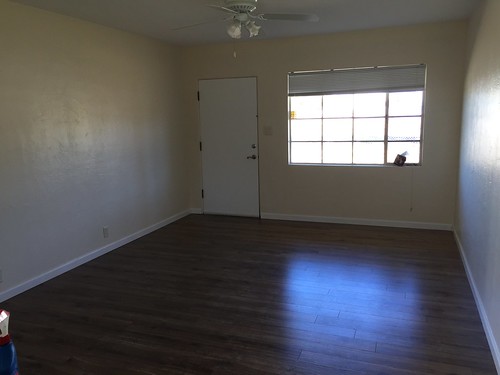 Oh, the blank slate of it all!

We’ve thoroughly enjoyed getting to know our new SOWER family, 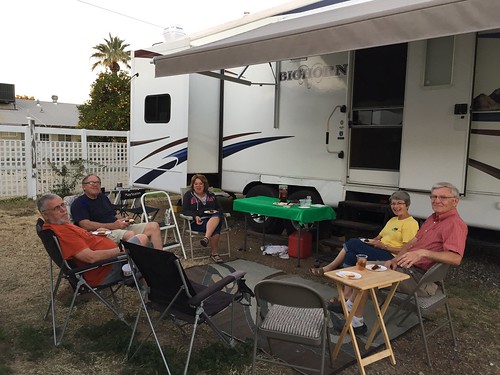 working together on our different projects, and yes, enjoying the beautiful Phoenix weather this week. I know the locals are saying – “too warm, too soon”, but I’ve gotta tell you, days in the low 80’s with no humidity are working just fine for me!