I suppose that most weekends, if you get in a vehicle, are four wheel weekends, but this past weekend we enjoyed some REAL 4-Wheeling adventures (along with some other more normal driving around kind of 4 wheel travel!). So let’s start with Friday (The official start of a SOWER weekend. Don’t hate me.)
Friday morning seven of us (Gary opted to stay home) piled into two 4 wheel drive vehicles and set off for some back road adventure! 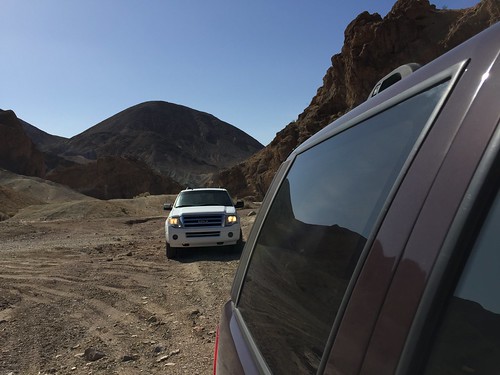 I was in the lead car, in the back seat, and Bill was driving (with wife Shirley in the passenger seat). They have both done extensive four-wheeling, and his jeep has seen more crazy roads than I can even imagine. Behind us was Terry (driving) and Alice with Don and Jenny in the back seat. Terry loves these off road adventures (Alice not so much) and we were all game for wherever the road might take us! 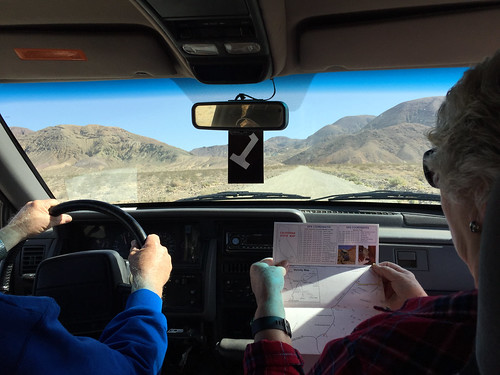 It was a different experience for me (being in the back seat and not being in my own truck), but I did my best to not gasp too often (or too loudly!). We made our way through some pretty impressive landscape 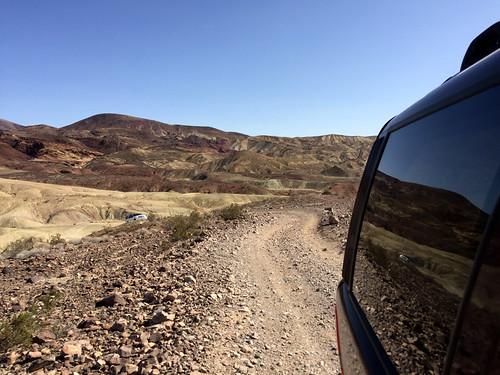 and finally took a small break at the crest of a hill. 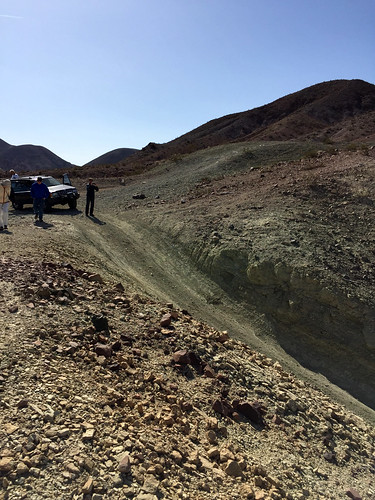 Wait, I say – we’re going down that?
Yes, and then up the other side! 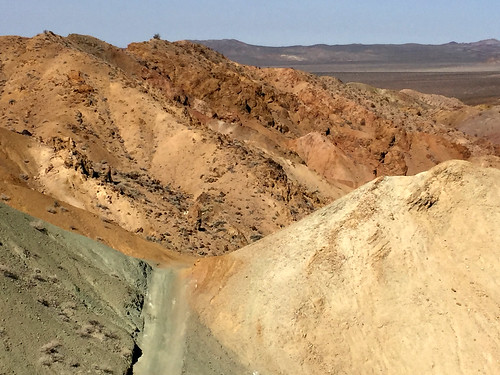 Before we took the plunge (as it literally seemed to me), we paused for a quick photo op!
We ladies – 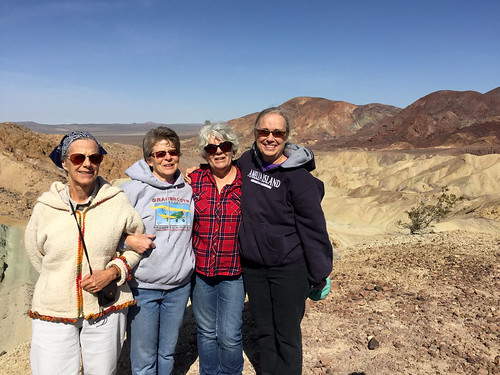 And the macho men! 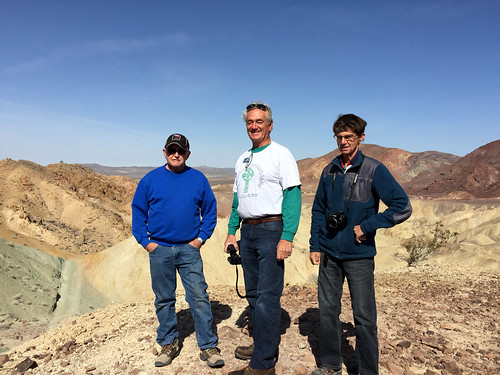 Soon we were back in the cars, and headed toward some abandoned mine somewhere in dem dar hills! 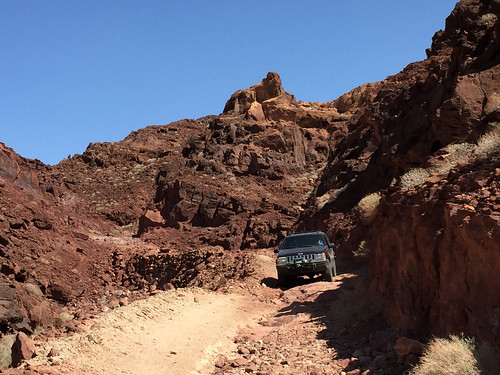 As the road became less and less navigable (or so it seemed to this back seat driver), the jeep went on ahead to scope out the terrain. 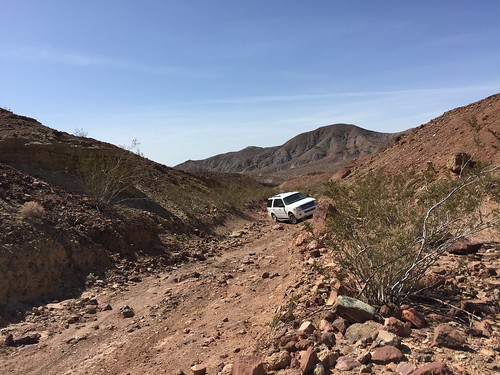 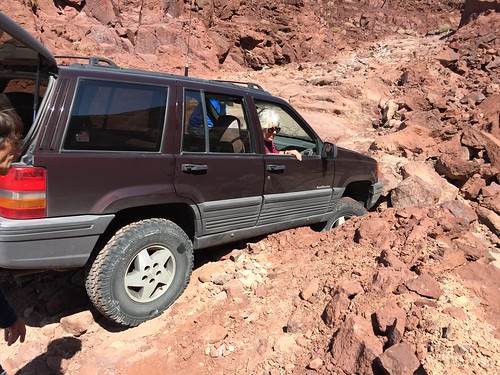 The road gave way and the jeep was really ‘off road’ at this point!
And much to the delight of Terry, he got to do the rescue! 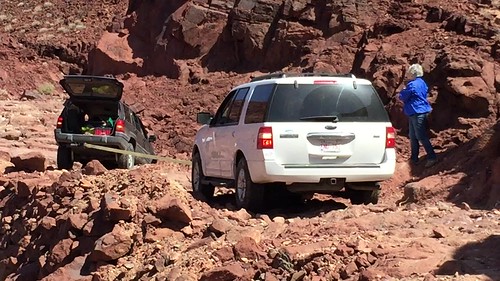 The rest of the drive seemed almost sedate, and we even spotted an RV or two which had navigated the off-road-but-not-quite-as-off-road-as-us for some dry camping! 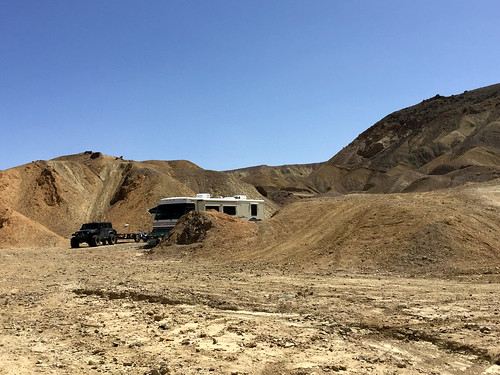 (Apparently, during certain times of the years the less rugged areas are filled with campers of all descriptions and the air is full of the sound of dirt bikes and dune buggies!) 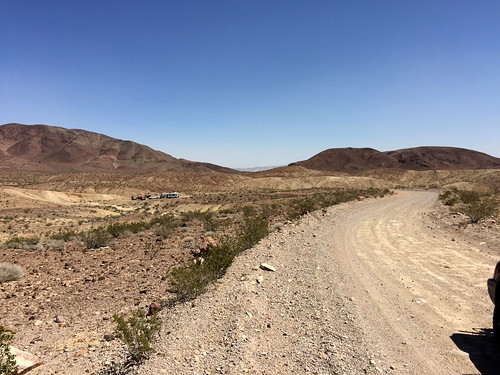 We really had a great time (all vehicles returned home with only minimal damage), and it was fun to do some ‘4 Wheeling’ with friends!
Saturday was a bit more of a traditional 4 wheel adventure. Don & Jenny joined us for a big California loop – from Barstow to Mohave to Palmdale to Victorville and then back to camp, north of Barstow. We managed to fill the day with a stop at the 20 Mule Team Borax Visitor Center and Museum –

Although Boron was originally mined in Death Valley and transported to Mohave via 20 Mule Team wagons, today it is mined in one of the largest open pit mines in the country in (you guessed it) Boron, CA. 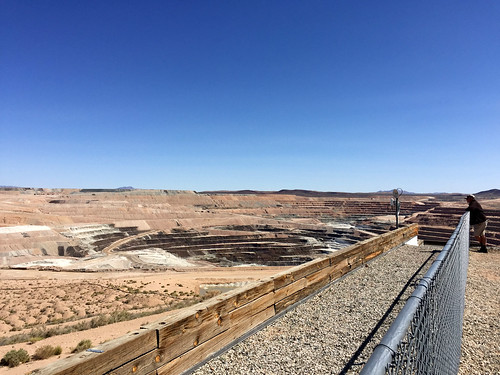 It was a very interesting stop (and free!).
Then we tried to drive through Edwards Air Force Base. Somehow Jenny’s gym membership card just wasn’t enough of a credential to get us in. But we did get close! 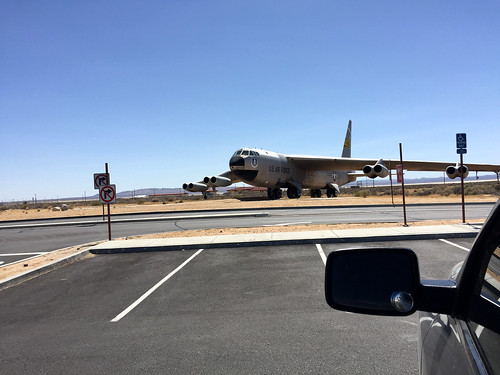 (Yes, that’s the parking lot at the gate.)
From there it was on to Mohave, 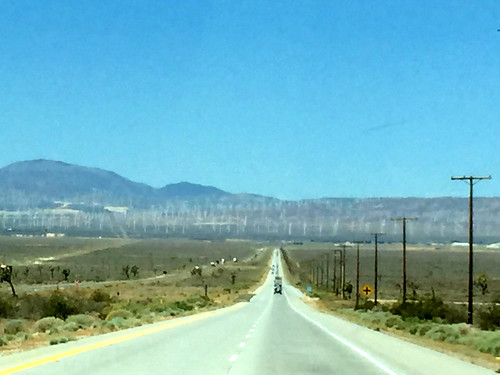 a lovely stop at a SOWER project in Palmdale (Crosswinds Community Church) to say hello, and then a lingering stop at the Joe Davies Heritage Airpark right there in Palmdale. 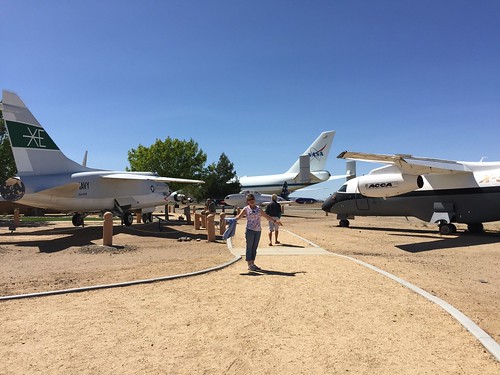 This is the (or maybe one of the) 727’s that transported the space shuttle back to FL when it landed in the California desert. 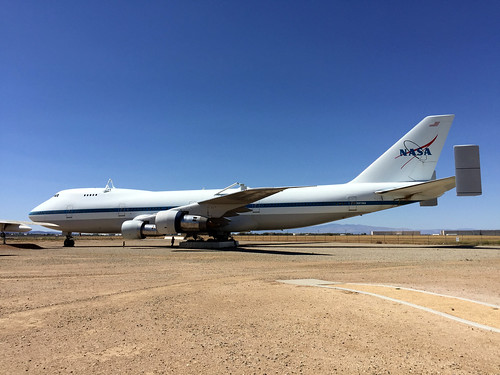 Crazy big!
Next door were some early generations of the Blackbird stealth jet. 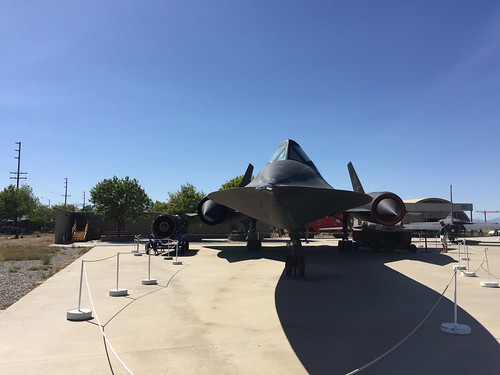 So much aviation history! Another very interesting (and free!) stop.
From there it was east to Victorville (and some food!), and then north back to camp. It was a 200+ mile day – but it was all good road, good sights, and good friends. My kind of Saturday.
Sunday, after church and a bite to eat in town, the 8 of us set out to explore Rainbow Canyon, a nearby natural area. It wasn’t quite the intense 4 wheelin’ that we did on Friday, but still had some interesting spots and some ‘other worldish’ scenery! 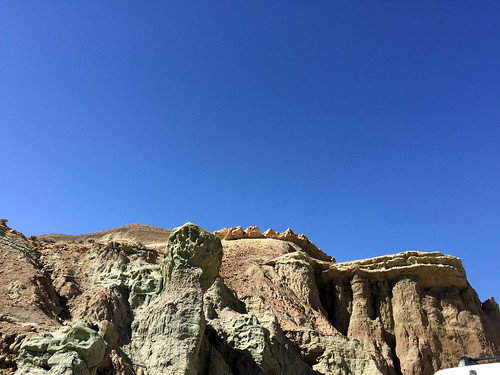 All in all – it was a great way to spend our last weekend in California. We start our trek to Washington State on Saturday, so Friday will be a busy day of getting ready to hit the road! And hopefully during our 5 days on the road I’ll have a chance to do a bit more catching up. I seem to be stuck on “Yesterday”!

You know there are more pictures – so if you’d like to see more, just click on the day below!
FRIDAY
SATURDAY
SUNDAY

One thought on “Four Wheel Weekend”