10. Way back in February (yes, that was quite a few ‘yesterdays’ ago) we took a little field trip to Robson Ranch and Mining Camp, a ghost town remnant of the booming mining industry that helped settle the Wickenburg area of Arizona. 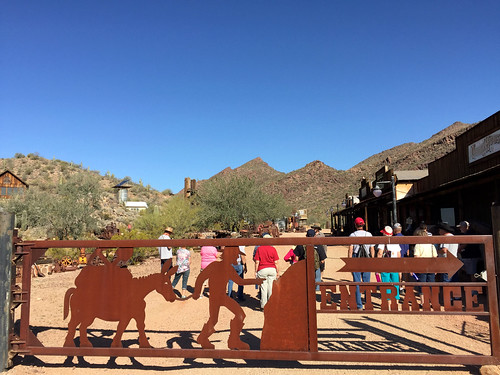 It was an interesting day –a little history, 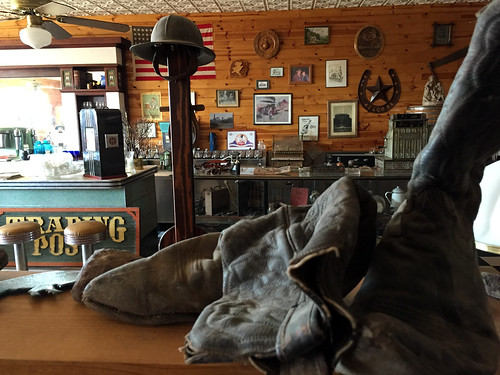 a little hiking (complete with some petroglyphs that I personally never found but were documented by others in our group), 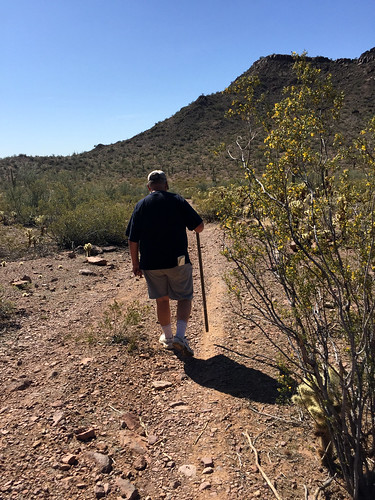 and some beautiful scenery. 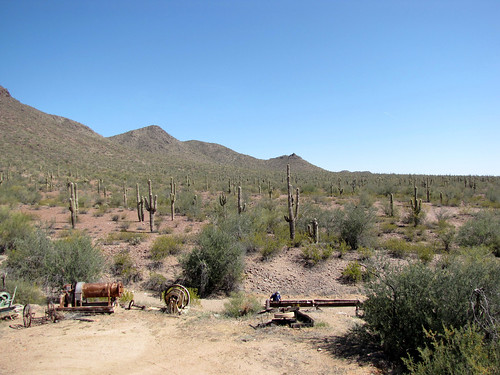 9. In March we checked out St. Anthony’s Coptic Monastery outside of Barstow, CA. This was WAY OUT THERE. 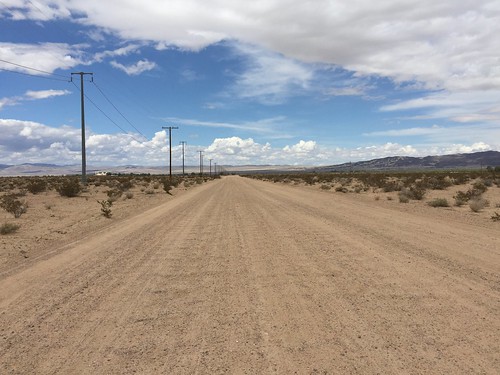 (It’s that little white dot on the left, halfway up! And we had already driven about 1/2 hour on that dirt road.) 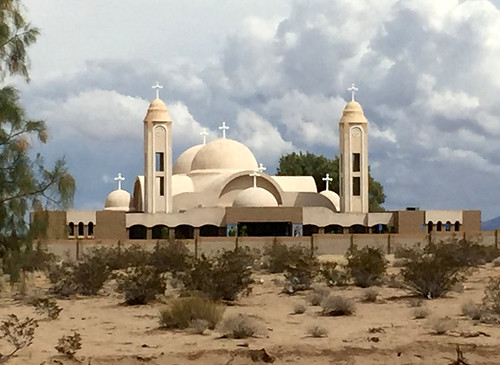 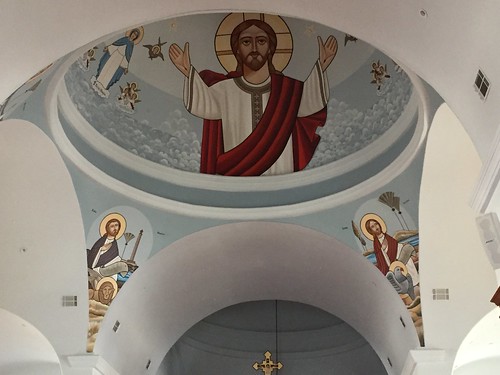 And we really weren’t sure just what to expect. What we found was a relatively new church that was quite ornate, a grouping of single-wide mobile homes (the monastery part), another older church (or two – it was hard to tell) and 5 (yes, 5) tour buses that had come up from Los Angeles. We were a bit out of our element (most of the other visitors were actually Coptic Christians and there on a pilgrimage of sorts) so aside from checking out the gift store (most items in Arabic) and taking pictures of the church, we chose not to linger.

8. Early Man Site. OK – here’s another head scratcher. Since we were already driving on dirt roads (finding the monastery) that day, we thought we’d find out just what this Early Man Site was all about. 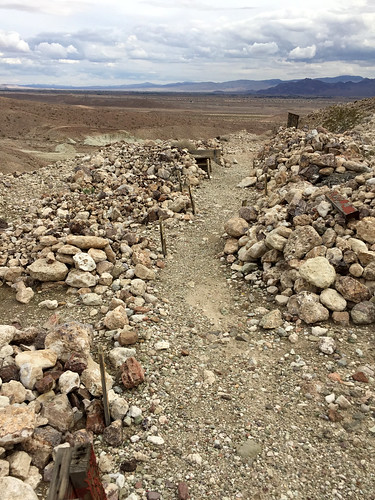 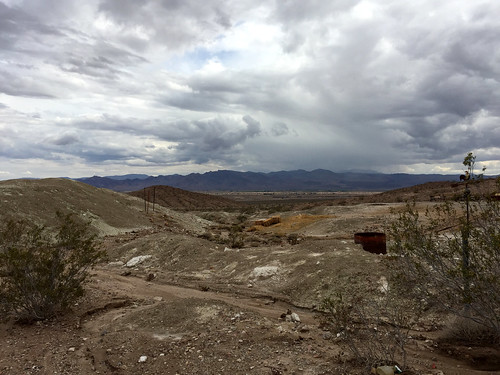 Well, apparently although no human bones have been found, there have been discoveries of tools and tool making rocks. Again, it was a nice hike and some beautiful views of the San Bernardino Valley and the Mohave Desert. And I suppose if I was into archaeological digs, this could hold some interest. For us – not so much. (Just keeping it real!)
Here are just a couple more pictures. 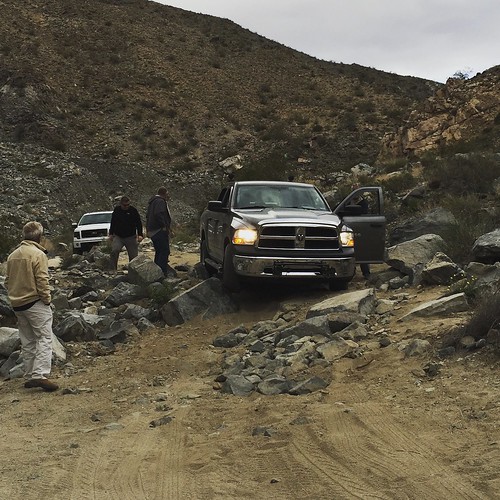 As we were navigating our way through that canyon, we had a certain ‘carrot’ hanging out in front of us – a date shake at the Shields Date Gardens.It kept us going, to be sure. However, by the time we emerged from the canyon, the sun was setting and the Date Garden was closed. “Hey, we’re adults,” I said. “I bet we can figure out how to make a date shake.” Without skipping a beat Jenny said, – “Tell him your dad has a gun.” Aren’t we hilarious! 😉

6. This past week my big sister had a birthday. Oh, it wasn’t one of those “Big Ones”, but it was still a birthday, and at our age, we should never take them for granted. So, although I sent her a card, called her, and wished her an official Facebook Happy Birthday – here’s one more – Happy Birthday, Elna! I can’t imagine a better big sister and I’m thankful for you each and every day! XOXOXOX

5. This past week my dear husband also had a birthday. Again, not a big decade jumping birthday, but as I said before, we celebrate each one! (Actually, we celebrate waking up and dressing ourselves. Just sayin’) So Happy Birthday (just a bit late) to the best man in my life! Love you, baby!

4. All three of our kids are either in the midst of or have already accomplished major life adjustments in the last several months. Job changes (no small thing when you have a family of 7), revitalizing a career that has been on hold for a couple of years, and moving across the country. I’m pretty darn proud of these courageous kiddos of mine, and I just want to say here in the Blog World – that I think you are ALL absolutely AMAZING! 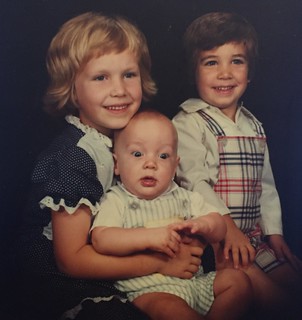 3. Look where we’re parked for the next three weeks! 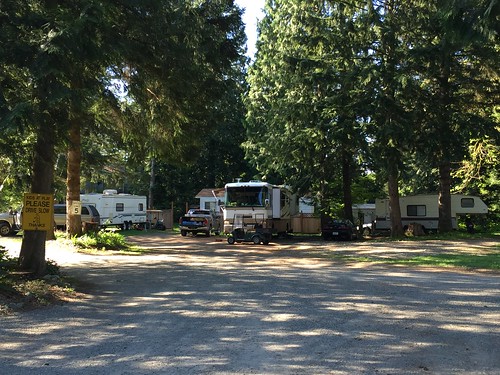 Instead of tracking in sand, now we’re tracking in pine needles. But everything is so GREEN!!! And the trees are so HUGE!!!! Ah…….

2. Tomorrow I head east to Columbus! I’ll be spending next week loving on my Ohio kids (4) and grands (7), watching ball games, enjoying Mother’s Day with my kids (that hasn’t happened in about 12 years!), playing games and enjoying all of the beautiful family chaos that I miss so much! Less than 24hrs until my plane leaves!

1. Then next Friday, I leave Columbus and fly to PA for Girls Week ’16!!!! It’s another thing I will never take for granted – a week with my precious sisters! We’ll be bopping around the countryside, trying to fit as much family and fun (oh, and maybe a bit of shopping) in as we can! Not to mention talking, praying, talking, napping, coffee drinking, etc, There are even plans in the works to connect with most of my PA kids and grands, too – super excited about that! 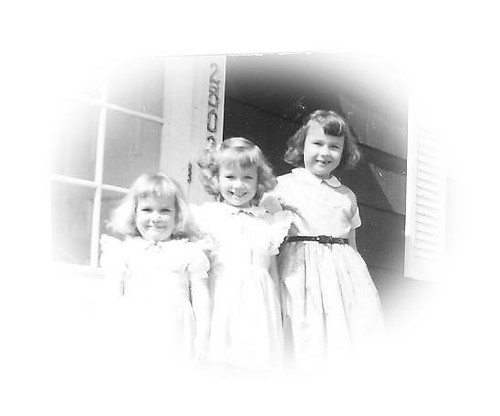 So that’s the list. There are probably more than 10 things I forgot to mention, but at least this got some of the real ancient history off the table. And, it gave me a good chance to let you know that the next two weeks might be (ok, will be) pretty quiet. At least here at RV There Yet! (And probably here at Lake Retreat where Gary will be playing the bachelor till I return.)

One thought on “10 Things I think I forgot to mention”