Although we had planned on taking two days for drive to Lindale,  we got a good early start and decided to just go for it! Wanna come along? 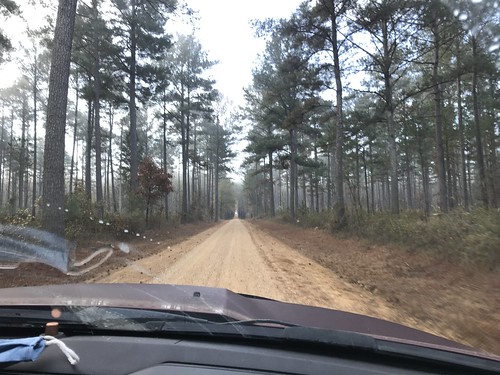 We did get that nice early start – not to much traffic on this first stretch! 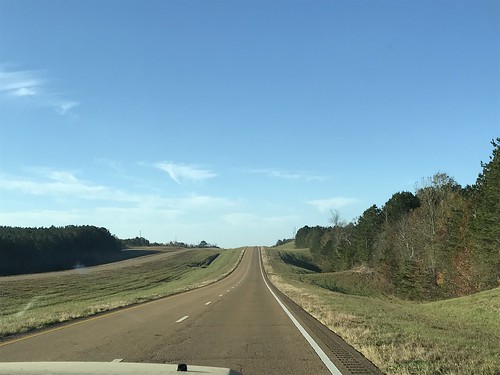 Actually not to much traffic on the next stretch either!
We opted to drive a portion of the Natchez Trace down to the interstate (I20) and we weren’t disappointed with the lovely time of no-stress driving! 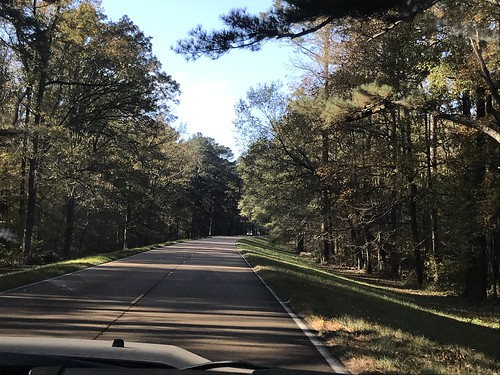 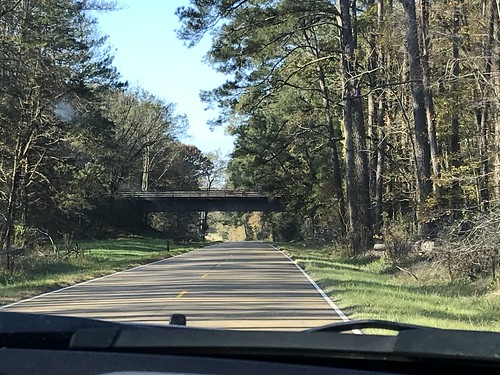 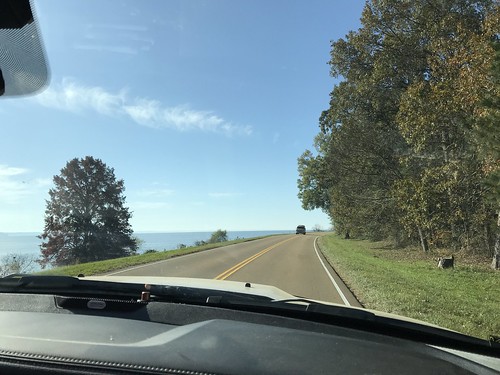 Apparently there was significant hurricane damage though given the amount of debris along the side of the road in various places. 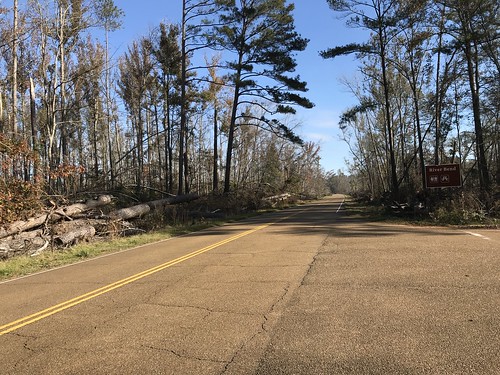 It was a great stretch of road – no commercial traffic and natural beauty all the way! (Well, except for the tree mess, but it’s still nature, right?) Soon enough, though, we were on I20, heading west to our TX destination. (Literally, I20 to our exit to the office.) 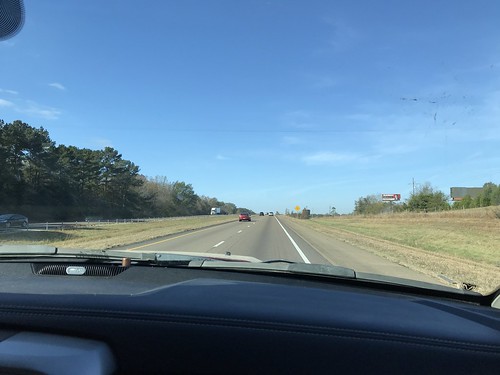 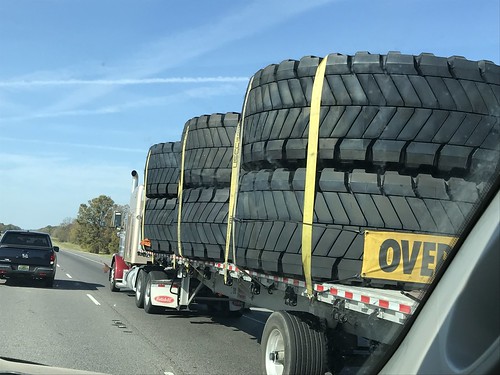 Yousers – those there are some BIG tires!
More interstate…. 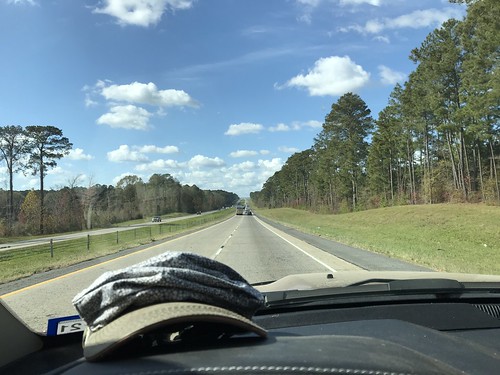 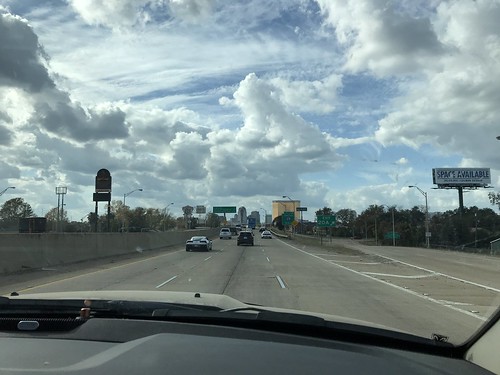 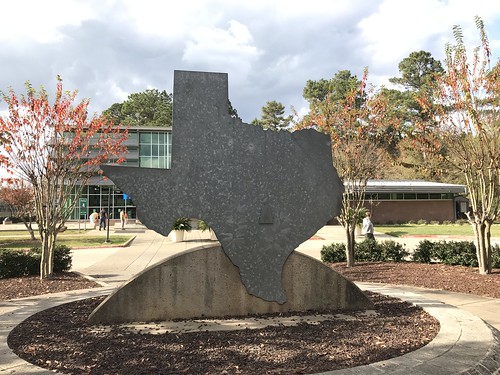 And here is our tiny house for the next several days! 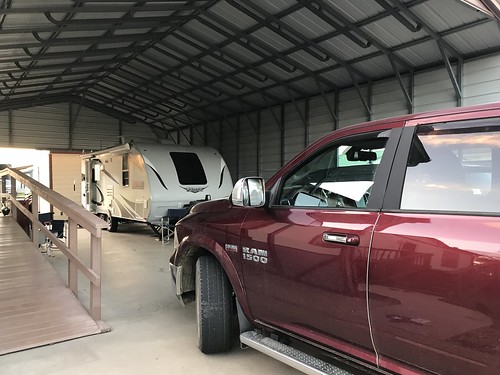 We so thankful for our friend Bob who has loaned us his camper so we can be close to the office for the next few days. And we’re also so very thankful for a totally uneventful drive to get here!
I saved my favorite picture of the day for last, even though I took it while we were on that first dirt road. I don’t often make Gary stop so I can take a picture, but those pine trees, draped in the early morning fog just seemed too lovely to take on the fly! 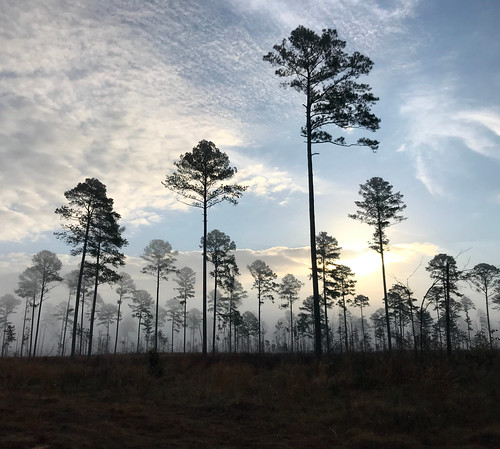 Thanks for coming along on our little road trip!