I was talking with our kids in Waco today, and they are chilled.to.the.bone. The roads are snow and ice covered (have you ever seen a snow plow in central Texas?), the temps are barely reaching the twenties, and there are ‘rolling blackouts’ as communities try and conserve electricity. As my dear daughter-in-law (who moved to TX to escape winter) said – “Texas, you have betrayed us!” Since I am not chilled to the bone these days, I thought I’d look back to a time when we came across some crazy snow in late April, 2016. 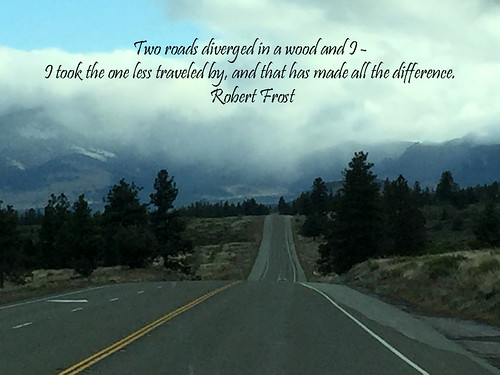 Sometimes we drive just to get to our destination. Sometimes it’s even a long drive. But this last week, while our drive was long (almost 1300 miles) and we were pointed at a final destination (Lake Retreat Camp in Ravensdale, WA (SE of Seattle)) we tried to take that road less traveled when it was possible and take time to stop and smell the roses (or walk in the snow as the case may be) along the way.
Want to come along? 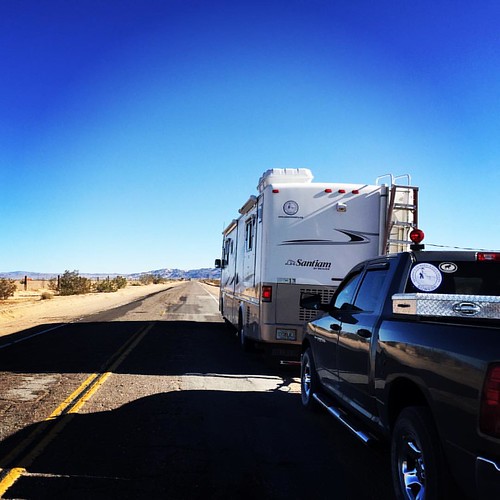 Although we did have to hop on to Interstate 5 for a bit to get through Sacramento, we mostly drove on Route 99 and then 97. Rte 97, in fact, took us from Weed, California right through Oregon and almost up to I90 in Washington. We drove through valleys, scaled (or so it seemed) mountains, crossed rivers and drove along beautiful lakes. 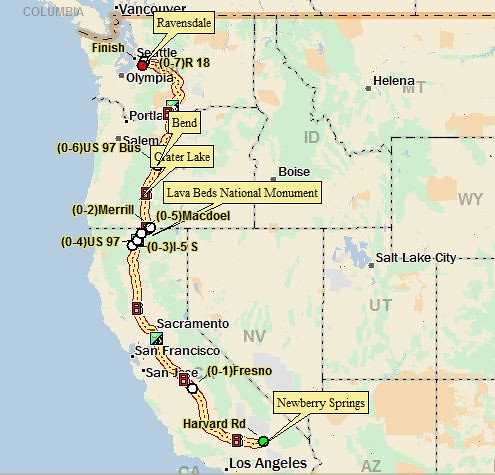 Along with the gallery of pictures below, HERE is a link to the album on Flickr. (I’ve put captions on most of the pictures, but apparently unless you click on each picture, you won’t be able to see them. I’ll have to talk to Flickr about that!) 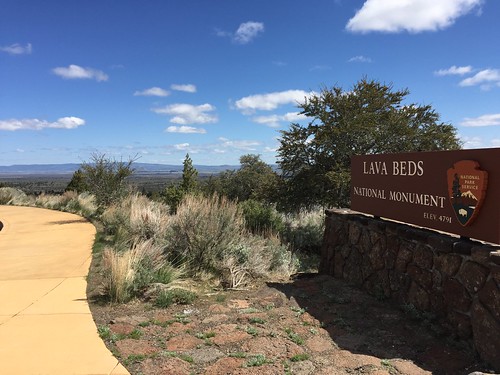 Have you ever heard of this place?

It was very interesting – lots of lava, beautiful views 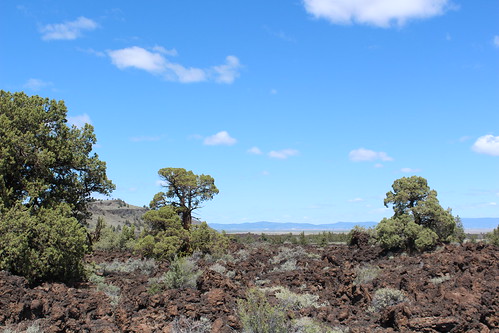 and lots of caves to explore. We weren’t really expecting to go spelunking, so we stuck with the one lighted cave (Mushpot) and one other that seemed pretty easy (Skull). As in no duck-walking or crawling easy. Yeah, we’re not into that. Of course, my phone died just as we were entering the Skull cave – so you’ll have to trust me that it was pretty cool! 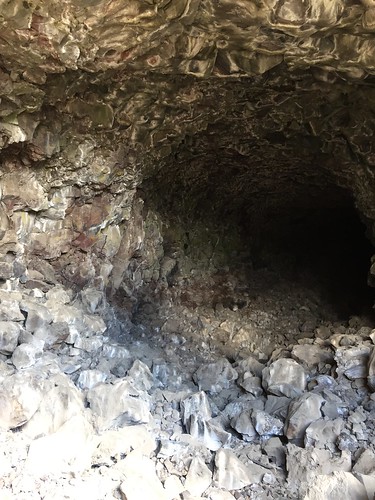 The caves found in this park were created by flows of smooth lava thousands upon thousands of years ago. In another part of the park was a huge rock outcrop with petroglyphs – 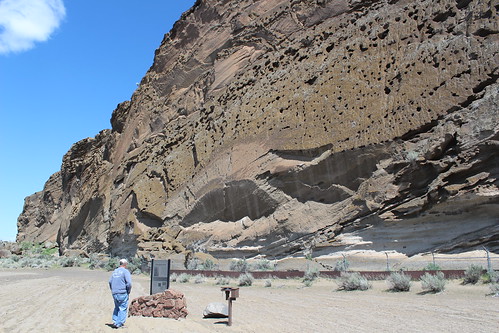 I’ll confess that the petroglyphs were a little disappointing, but the rock itself was fabulous! 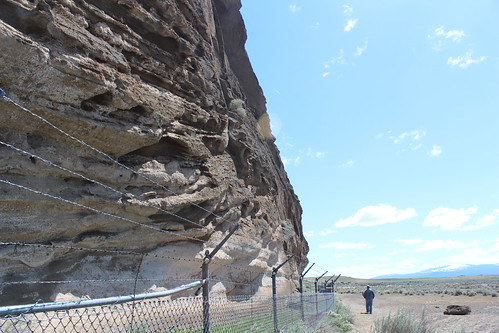 (Full album can be seen HERE!)
and (continuing the sentence back a couple of pictures!)
Crater Lake!
We’d heard about how stunning it was – and I’m sure there is a lot more to do in the summertime when things are actually open, 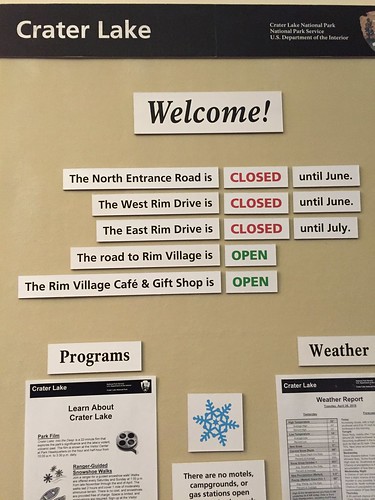 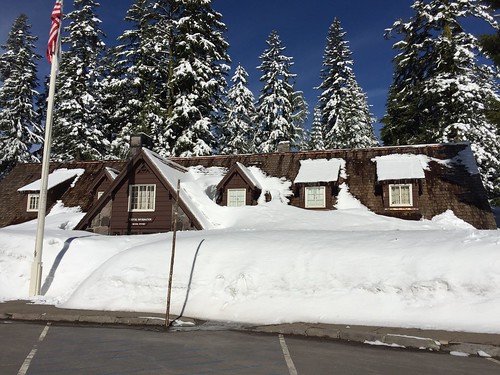 but draped in the beauty of snow – this was still a crazy beautiful experience! 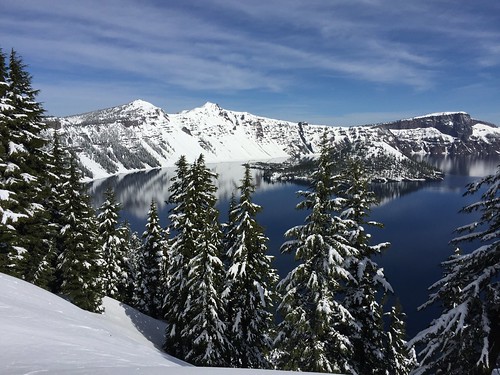 We are so glad we bundled up and stopped to see this amazing lake that was formed when a volcano erupted and collapsed upon itself. So beautiful! 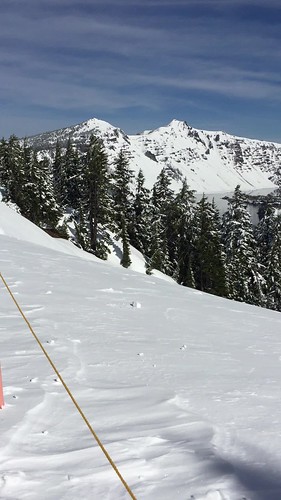 We thoroughly enjoyed our drive from the desert to the beautiful Pacific Northwest. The scenery was varied, fuel prices were low(ish), our stops were outstanding, and arrival at Lake Retreat welcome! 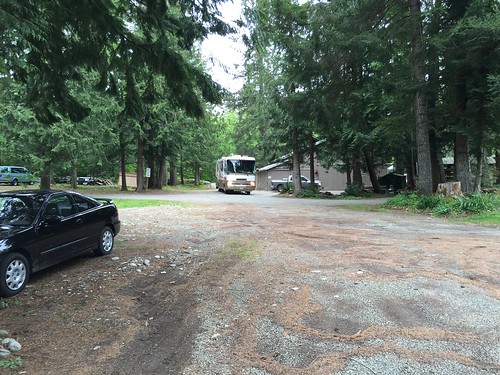 We caught sight of Mt. Rainier today on our way home from church – 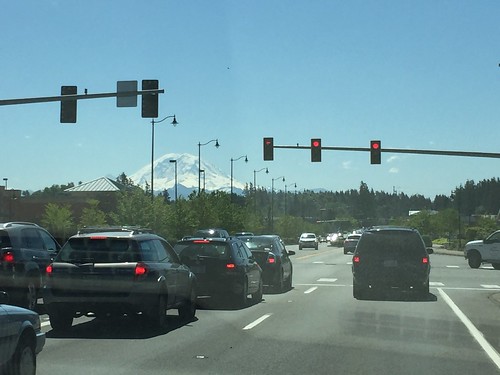 Looks like there will be more ‘sploring in our future!

PS – Here’s a music video of the song “Joy in the Journey” by Michael Card. It’s not so much about RV travel (not at all, actually), but about our journey with Christ. It’s worth a listen if you have a minute (or 3).