Although we began work this morning here at Frontier Cove, I thought I’d better do a quick wrap up of our SOWER month at Potomac Park back in West Virginia. As I mentioned before, it was a very different month as we fit in doctor visits, routine tests, visits with family and even a week with our oldest grandboy. The folks at Potomac Park were very kind and accommodating, and even though our schedule was a bit (ok, a lot) wonky, we still managed to ‘get ‘er’ done.
Potomac Park is both a conference center and a community of summer (and some full-time) cottages. 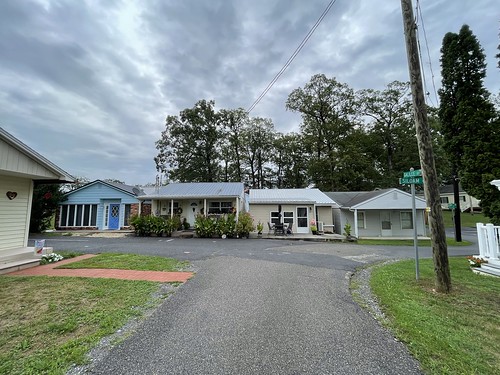 Every now and again one of those cottages is donated back to the conference center for them to use (either as accommodations or maybe to sell?). That was the case with this unit – 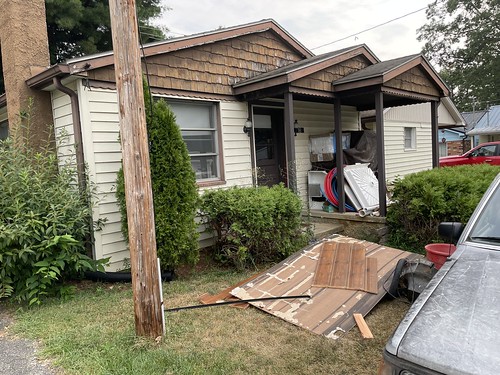 It was already in beginning renovation stage as you can see. Gary and Bill were tasked with moving and updating the wiring, but everyone soon realized that in order to make it safe it really needed to be done from scratch. 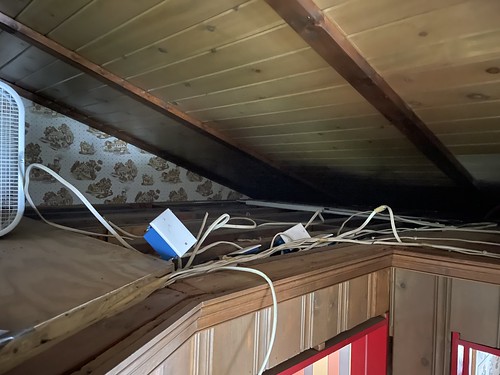 Oy – I don’t think he’d ever seen so many junction boxes in so small a space. 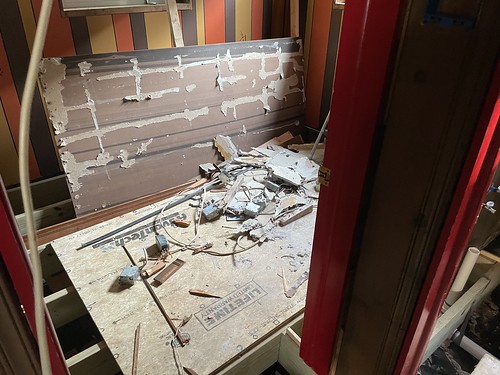 Since it was turning out to be a one man job, Bill moved over to the maintenance area and made a beautiful carpet ball game frame. 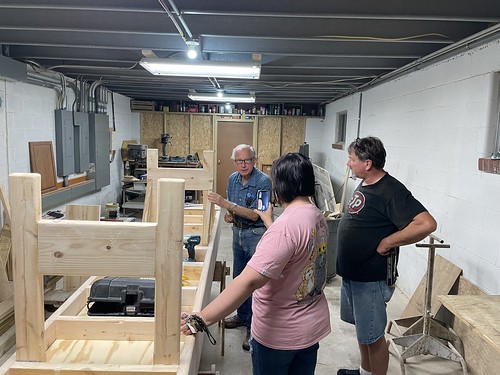 I wish I had gotten a better picture of it as it got closer to completion! It was going to be beautiful!
Back at the cottage renovation, Gary was making great progress with the wiring, and although the cottage was a long way from being habitable 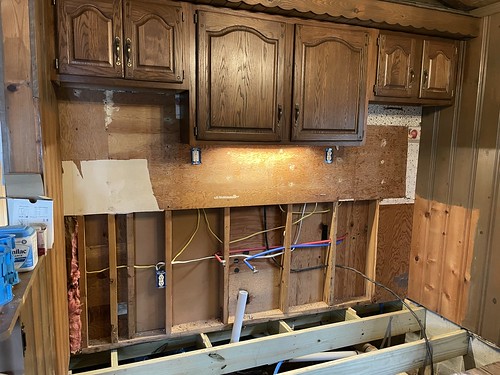 (floors and walls anyone?)
the wiring was complete and ceiling lights were safely installed. 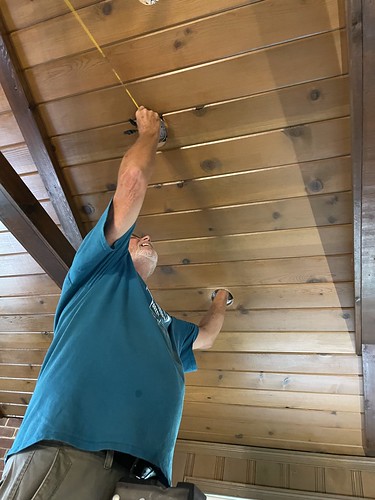 (Photo of wire pulling – light installation happened after I left the building!)
The crazy wires from the little attic space had all been tamed 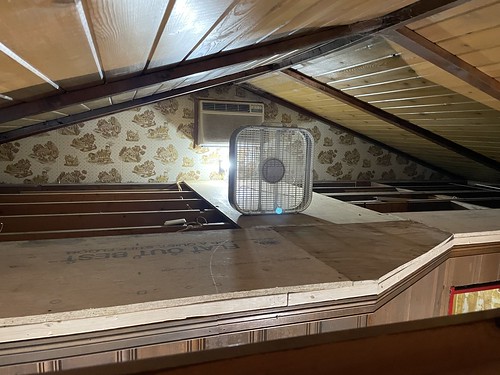 and at least that part of the infrastructure was good to go! 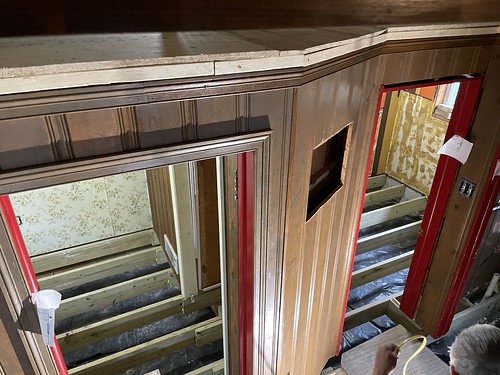 I don’t know if we’ll be back to see it after it has all been put back together again, but it had good bones and now it had good electric service too!
Luciene and I concentrated mainly on post-meal clean-up – wiping tables and serving lines and sweeping/vacuuming/mopping the floors as needed. 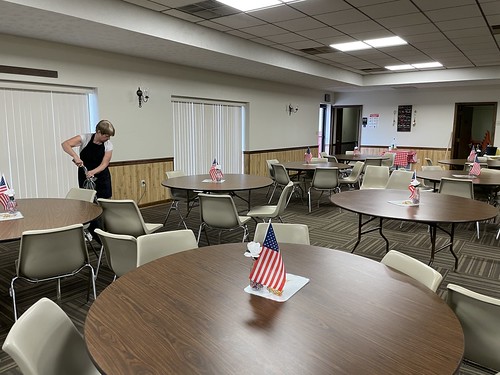 We were essentially on flex-time – available when we were needed, but often able to enjoy some extra time at home. Some months I might’ve minded not being busier, but after a busy July at the cabin along with that wild Delawarean Adventure with Noah, it seemed to be just what the doctor ordered. God, in his mercy, gifted me with a SOWER-lite month! 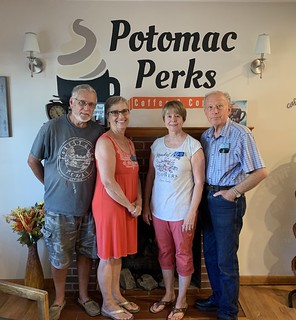 It was a good month – just a little different for us. But still filled with sweet fellowship, delightful family time, and satisfying SOWER work. Oh. And ice cream.

One thought on “Mondays are for Memories – Like just last month!”