Before we get too far into February, I figured I’d better wrap up our time at Sherry White Ministries. Or at least wrap up Gary’s time (since I was off playing with the sisters!)!! While I don’t know it for an absolute fact, I’m pretty sure there was more thrift shop work for the ladies. 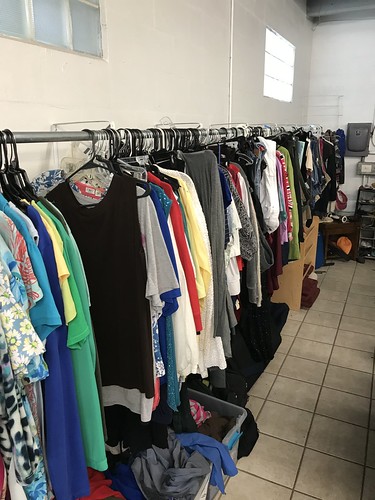 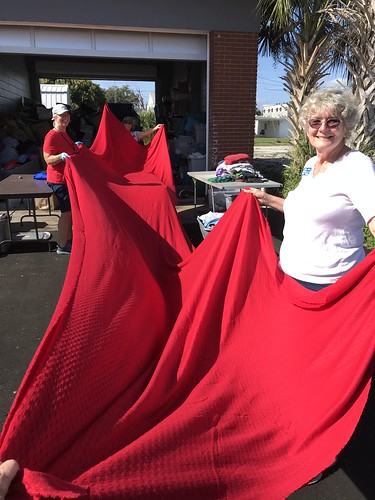 One of the things that Gary and Wiley worked on was moving the electric service at one of the stores so an automatic door opener could be installed. That will eliminate this – 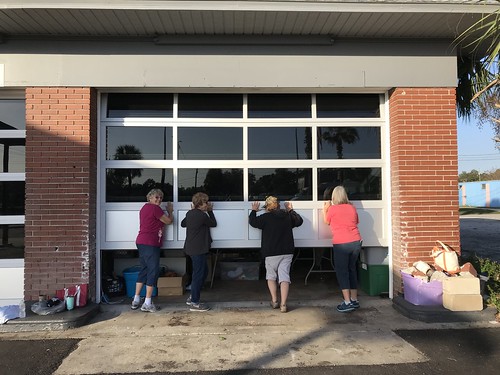 which will be a very good thing!
But back at the farm, the refurbishing of the ‘store’ building was moving right along. Here’s a little progression from earlier in the project – 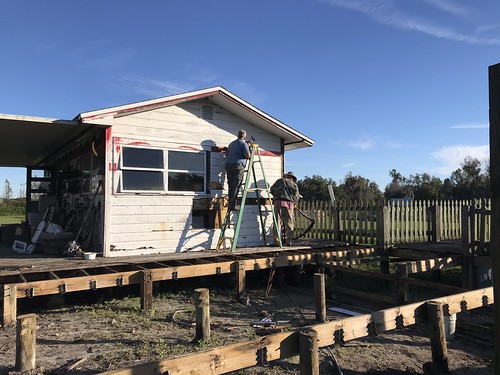 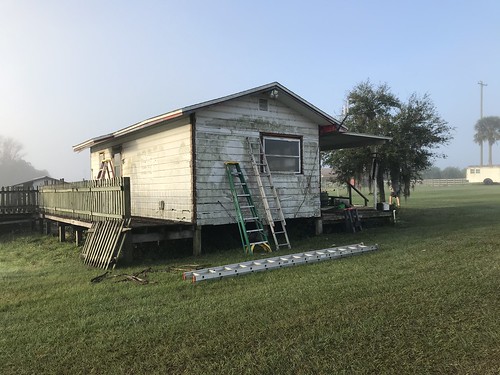 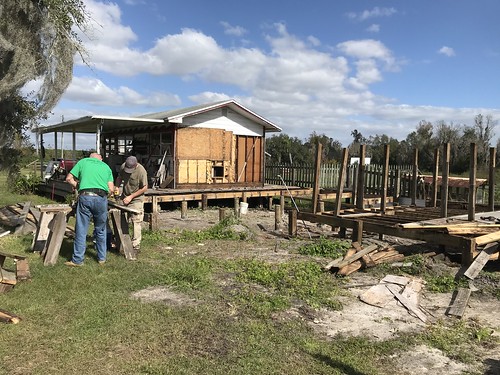 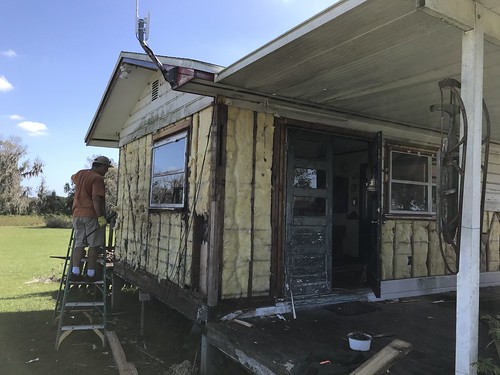 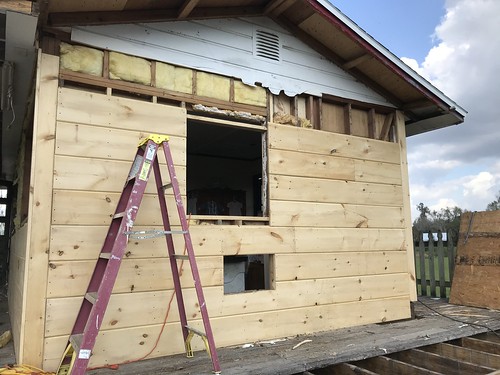 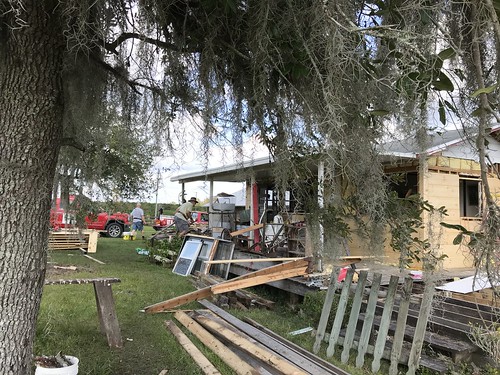 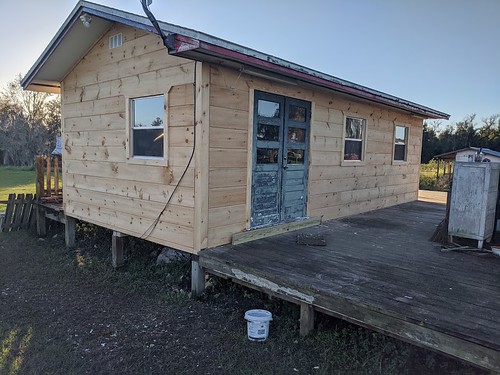 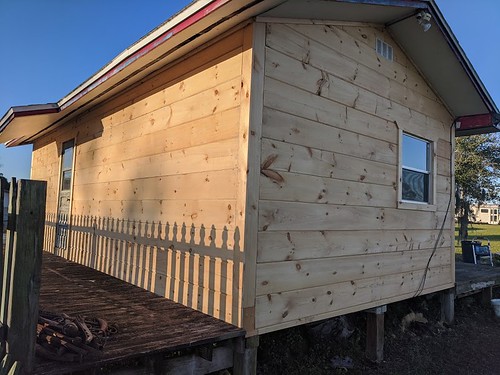 There’s still lots to do to finish it (and the deck) up, but a whole new crew is there right now making that happen!  (Photo creds for the ‘finished’ project go to Gary. Thanks, hon!)

We did manage a group shot before I left – 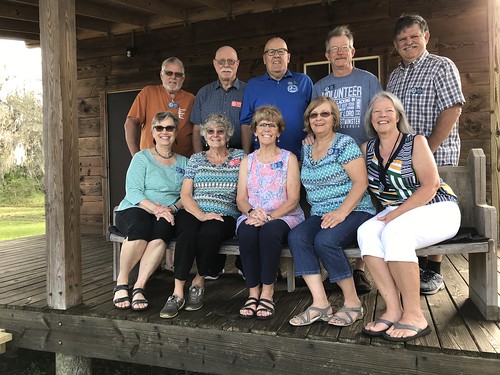 Pretty sweet group! Hopefully we’ll get to work with these good folks again!

As I sort through my pictures, there maybe be more to add, but hey – I have 25 more days to fill!
Thanks for stopping by –

One more day, and our first week will be in the books! The mornings have been cool, the sky has been bright blue and the afternoon temps have been in the low 70’s. Ahhh….. So far January in Florida has been working out just fine.
But “what have you been doing?” you ask. I’m happy to share!
One of the main funding venues for this ministry are two thrift shops located in Wauchula. I had already heard that most of the ‘ladies’ work’ would be in the thrift shop. And that was OK by me! Although we’re ending this week at the thrift store, we started out at a home that had been donated to the ministry. That would be the home and its contents. The house has been sold, and the only thing left was to finish emptying it out. Oh. My. Goodness. The family had removed anything they wanted and there had already been three yard/house sales. And still, this house was packed. Some of it sorted through 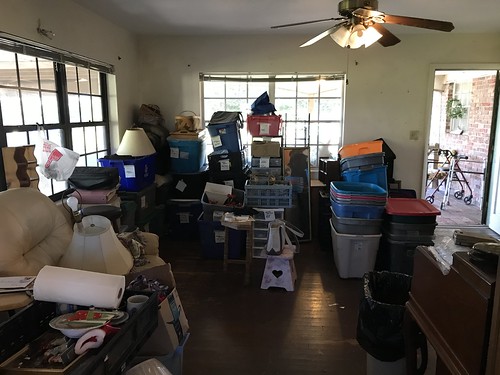 and some of it not so much. 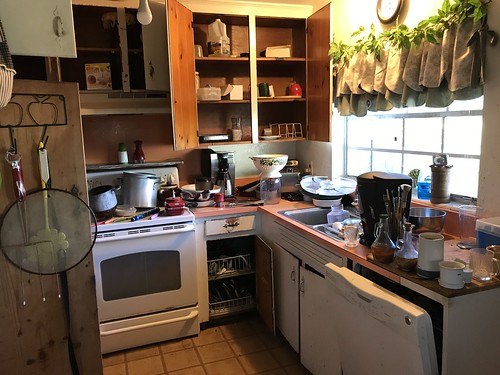 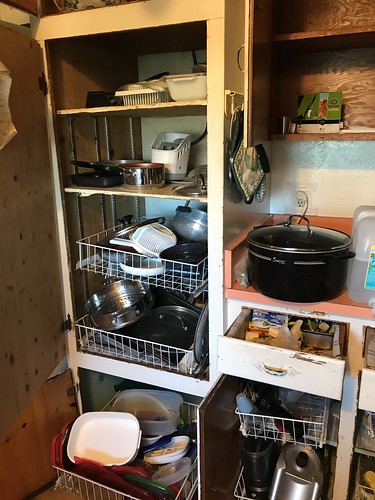 Carlie and I opted to tackle the kitchen, while the other ladies were sorting clothing and  working in the other rooms sorting through piles of stuff! By the end of the day we had the kitchen under control 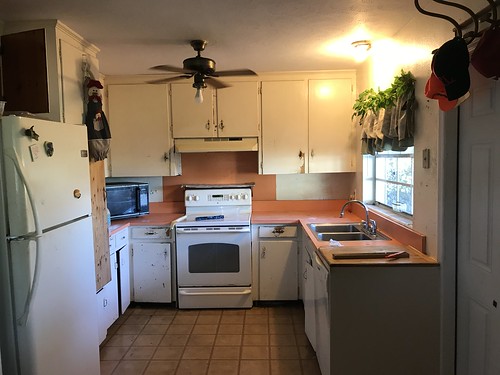 and were very thankful for the dumpster right next to the driveway! 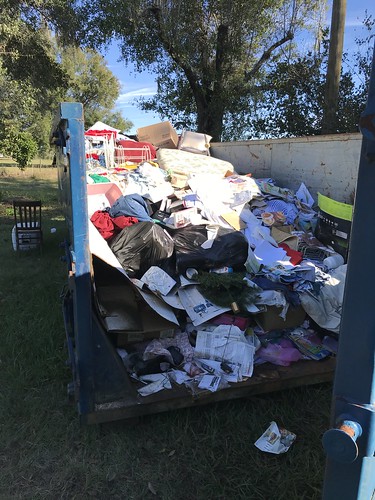 Caught an action shot of Carlie and Jaci doing an “over the side” pitch! 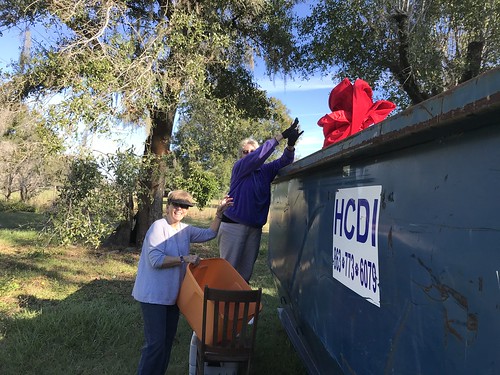 After two days the dumpster was almost full, and the living room was even fuller of bins to go to the thrift shop! 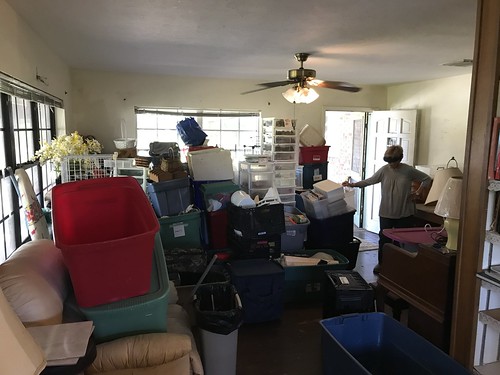 Our job at the house was done by the end of our work day on Tuesday, so today we started at one of the thrift shops. You never know just what your assignment might be (at any SOWER project actually – not just thrift stores!), and two of us were assigned the Great Hanger Untangling and Organization Challenge. 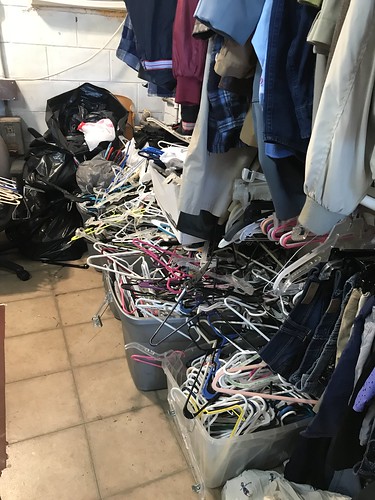 Oy! Even though this might look like a completely mundane (dare I say tedious) job,  it was a task that needed to be done, and Jaci and I had a fun time doing it. Lots of good conversation and laughter ensued! 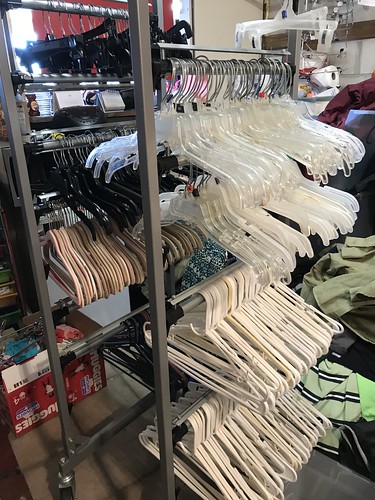 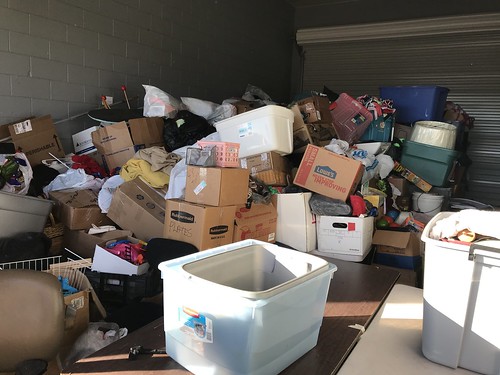 Job security, friends, job security!
Meanwhile, back at the farm (where the RV’s are parked) the guys were busy deconstructing the deck on “The General Store”. 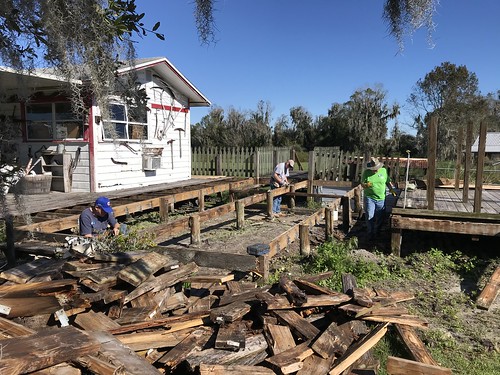 Then they began staining one of the cabins. 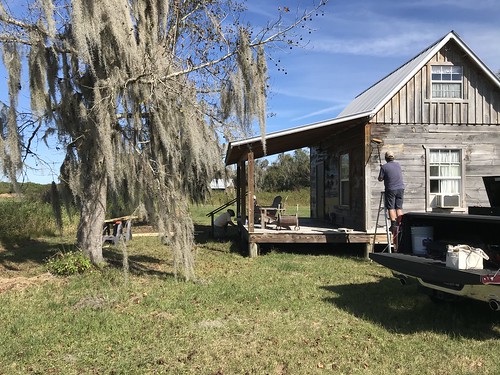 Gary has been a bit under the weather, so he’s been on light duty this week. They even let him drive the tractor. 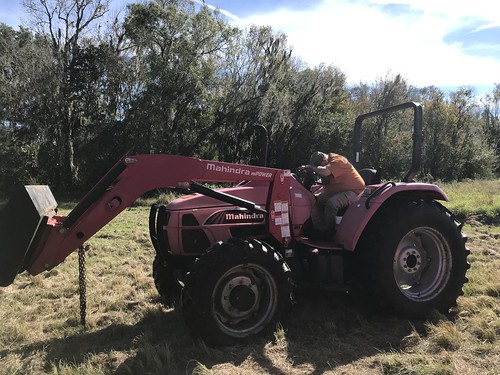 Maybe so he could snooze between loads!

So it’s been a good first week. The house clean-out was a little overwhelming, but we managed to get’er done. We’ve conquered the tangle of hangers and Gary got to drive a tractor (and I’m happy to report he is feeling a bit better!)! The fellowship has been sweet, the weather mild and when all is said done, jobs that needed to be done got done. And that’s what we’ve been called to do!

For the first time in almost 10 years we’ll be wintering in Florida! Here’s a map that shows our different locations for Jan, Feb, and March –

We’re starting out the winter ‘season’ in Wauchula where we’ll be working at Sherry White Ministries. There are several facets to this ministry, but the basic premise is restoration through Jesus Christ! We are parked at the Pioneer Village and will be working with 4 other SOWER couples. Two of us are ‘seasoned SOWERS’ having been SOWERS for over 15 years, and two are pretty new and one is on their very first project!! We’re excited to be building new relationships and being a blessing to this ministry.
And yes, we will also be enjoying the 70-80 degree days! Just keeping it real!

Thank you for your prayers as we traveled from Ohio (Brrrrrr) to Georgia (Brr) to our current spot in Wauchula (Ah….) Yes, I’ve dug out the capris and the flip-flops! And it feels pretty good!