Today was a travel day

And it was a good day-we certainly got where we needed to go with minimal stress. Ok, driving through Cincinnati in the late afternoon was a bit stressful, and I may have been gripping my seat cushion a little tighter than usual, but all in all it was an ok travel day.
But yesterday, now that was a lovely last day at Doe River Gorge! It wasn’t an especially pretty day – cool and rainy in the morning (perfect for laundry and pre-trip tidying) and warming with just a hint of sun in the afternoon- perfect for a sweet visit from family!
My niece Chris and three great nieces came over after lunch for a little camp exploring. 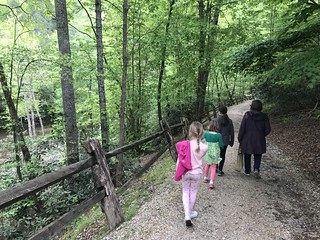 I’ll be honest, I saw more of the camp with those sweeties than I had in the weeks we’d been at the camp. (This was totally my fault – I just hadn’t taken the time or made the effort!)
For the first time I made it across the river 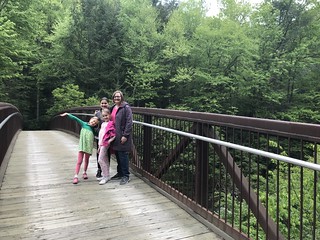 And checked out the cabins along the river’s edge 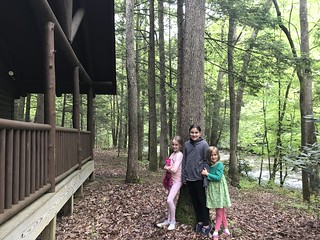 It was a great little hike but we had to cut it short. We had a train ride through the gorge on the docket! 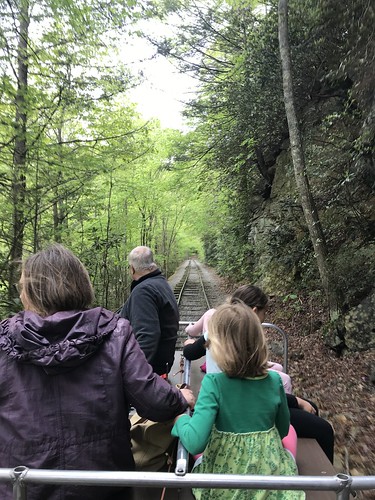 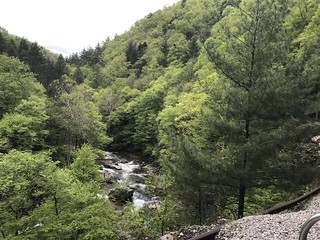 We could only go so far until some results from last week’s strong winds sent us back the other way! 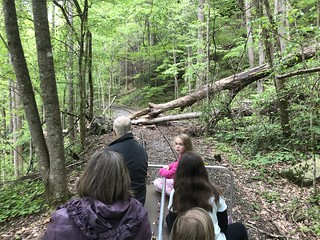 The older girls switched sides and back we went! 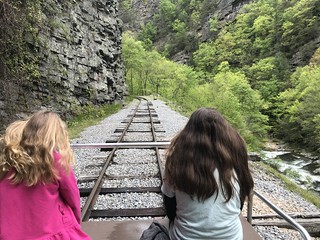 Uncle Gary even came along on this train ride! 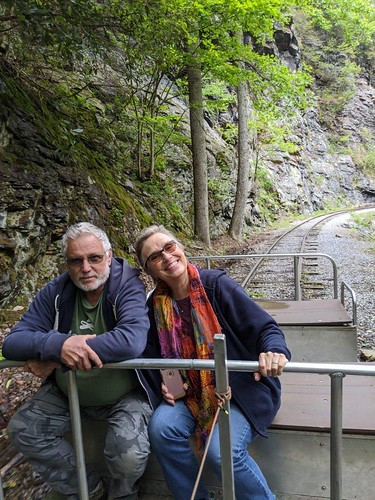 It was, all in all, a lovely way to wrap up our time in the beautiful mountains of East Tennessee! We were so thankful to see some of our NC family before we left the area and also fun to show off this beautiful camp! 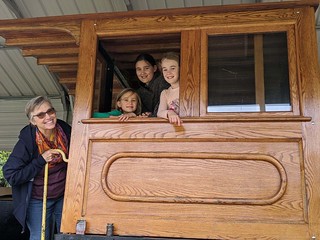 Today was a classic cool and rainy spring day.  In fact, after a brief bit of sunshine late this afternoon, it is once again raining hard (with spells of hail!) and there is thunder in the distance. Ah, May in Tennessee! But while today was a big loser in the weather department, the weekend was absolutely lovely! So let’s concentrate on that! 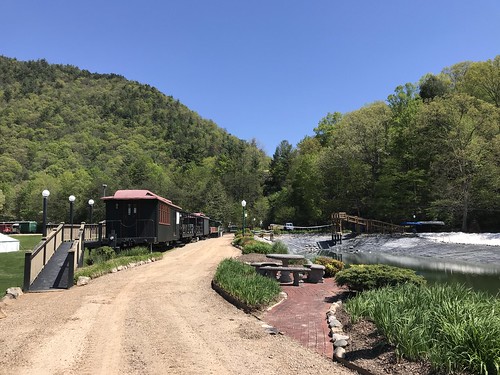 We took a little walk along the railroad tracks on Sunday – so pretty! 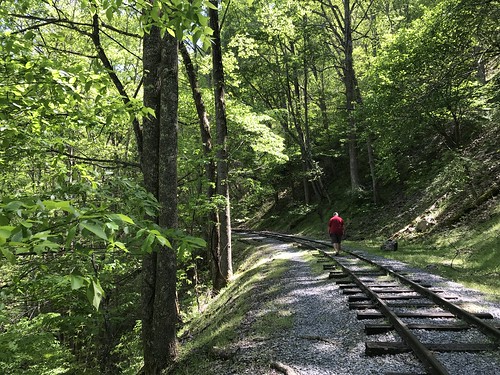 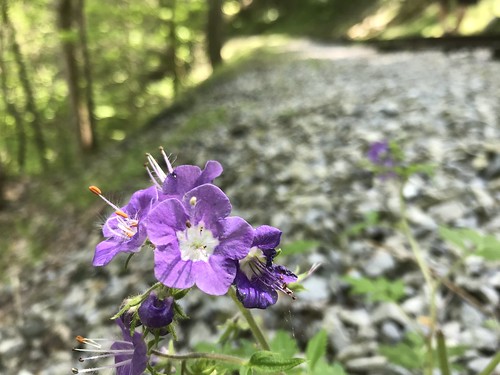 Everything was so fresh and green and the wild azaleas and rhododendron were just beginning to pop out! 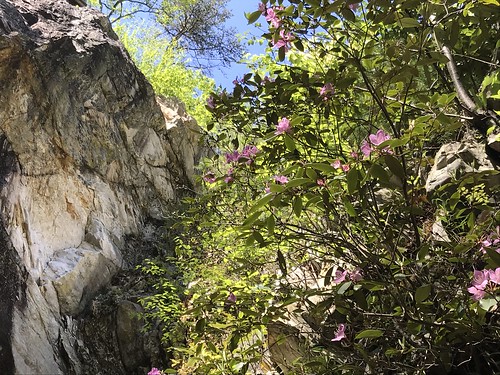 The landing at the top of the ledge is for some of their high-rope adventures – pretty sure we won’t be taking advantage of that activity! 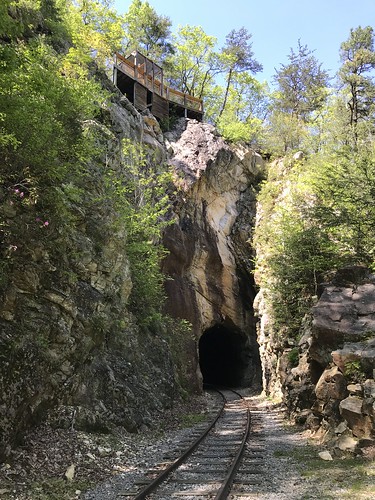 Or this one either! 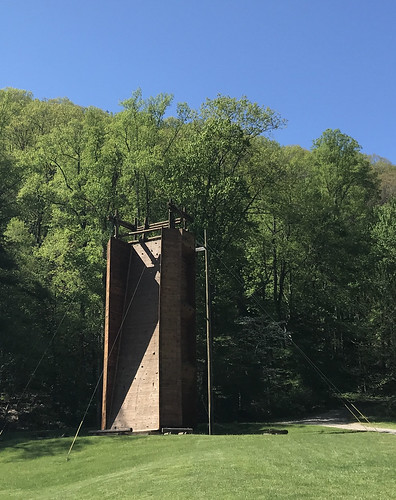 Now that’s a climbing wall!
This is a truly beautiful campus – especially in the spring, 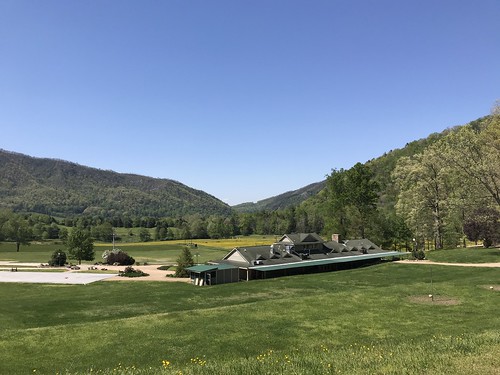 so I’ll be sharing more photos in the days to come. But here’s one more from our rail walk! 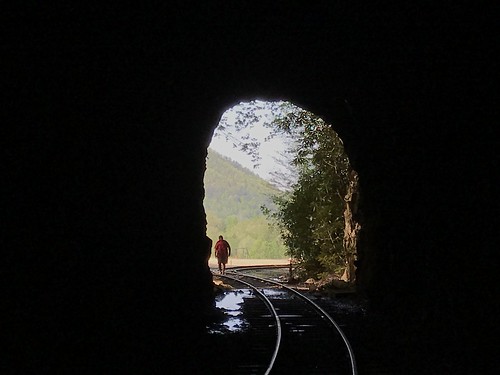 PS – The rain and hail has moved on – but it was pretty crazy for a bit! And the thunder continues to rumble in the distance……

In the early 1880s the East Tennessee and Western North Carolina Railroad (ET&WNC) built their narrow gauge line from Johnson City, TN through the mountains to reach a source of high-grade iron ore in Cranberry, NC. The Doe River Gorge provided passage through the first range but not without serious challenge. An entirely cut-and-fill route had to be blasted through the gorge above the rushing Doe River, hugging narrow ledges, squeezing through tight tunnels and crossing the river several times – an amazing civil engineering feat at the time.

The narrow gauge line opened to Cranberry on July 3, 1882 and began hauling the iron ore as well as passengers and other freight. Later, the line was extended to Boone, NC and served the region for many years as a faithful little train that endeared itself to its people, eventually earning the nickname “Tweetsie.”

The Doe River Gorge was the scenic centerpiece of a trip on the line. Special excursion trains would pause at Pardee Point in the heart of the gorge and passengers would disembark to take in the sheer cliffs rising hundreds of feet above the rushing river.*

The ministry here has restored and maintained the stretch of railroad along the Gorge and I was excited to be included on a little train ride myself! 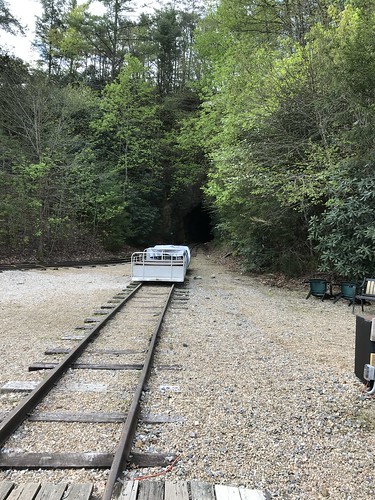 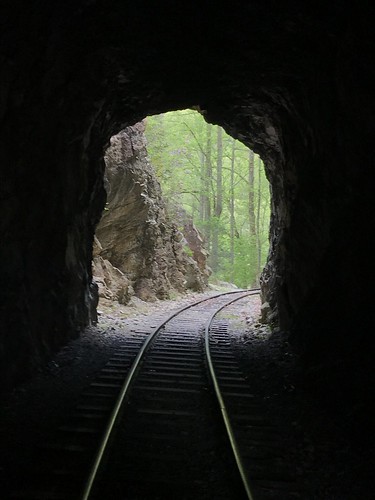 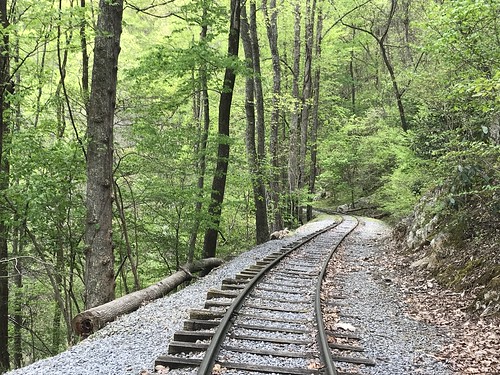 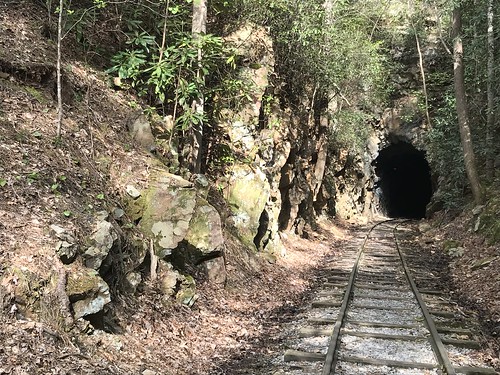 and there was the gorge! 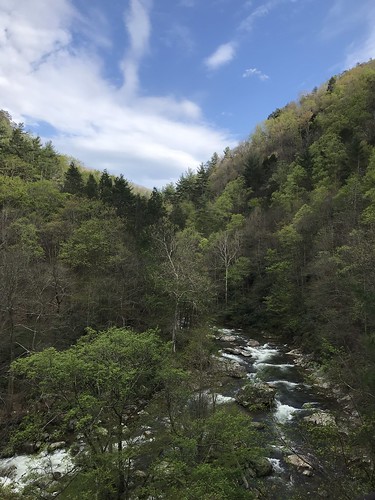 How beautiful!
Here’s a little slide show of the ride –

I’ve been told that the wild rhododendron are amazing a little later in the spring, so I’m looking forward to a return trip through the gorge before we leave.
I hope you’ve enjoyed this little bit of railroad history (you can read more about it *HERE), and just a taste of a ride along the rails!

Oh – Gary says thanks for all the B-day greetings! So far this new decade has been going well!
Thanks for stopping by –