There was one other big job that Gary was hoping to accomplish during our Cabin Prep weeks preceding the reunion. That was to not only beat back the wilderness as much as possible, but also to change some previous unusable space into mow-able lawn. You see, our little cabin sits on the site of a previous community. As in the late 1800’s previous. 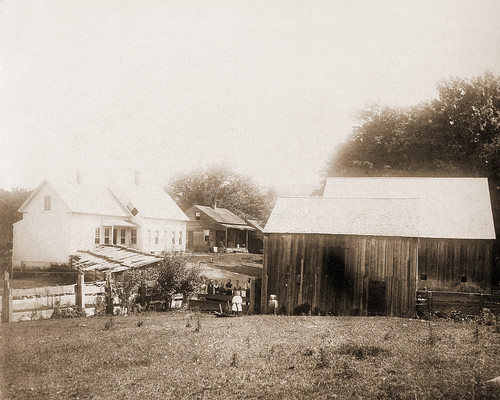 (See my post about Foundations and Fences for some additional thoughts on that!)
Here in this old photo you can see the foundation of the barn that was directly across from the cabin.

We played in that area over the years, but eventually it became overrun with small trees (and giant thistles) and wilderness in general. 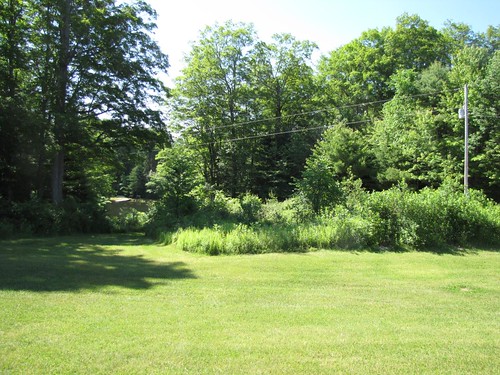 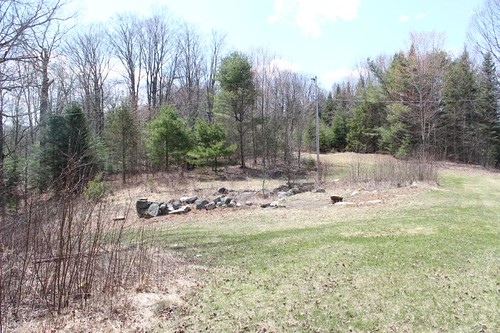 But it never took long for it to fill in and become just one overgrown jungle. 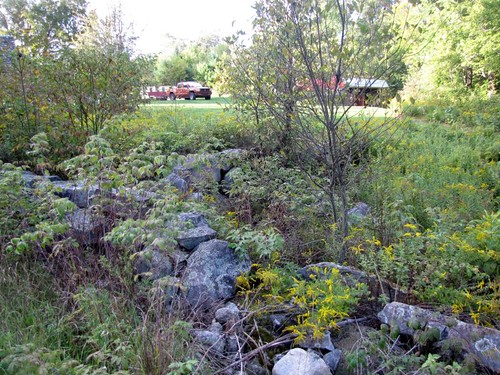 Over the last couple of years we’ve been working to tame that jungle and make that area useful in some way.  We moved our burn pit to the back (and lower level)part of it and tried to develop a fire pit area in the front. But still it was a problem to maintain. 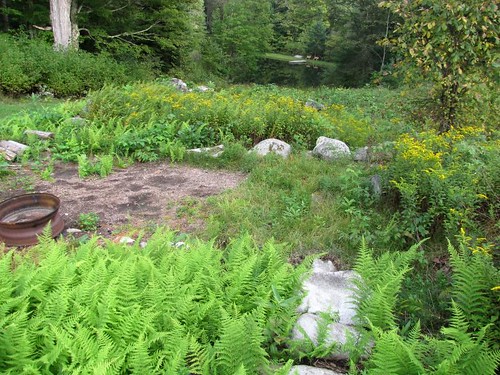 It was way too rocky to mow and needed constant weed whacking to keep under control.  This spring Gary had a plan to make at least the front part of the barn foundation useful. Or at least mow-able.
“If we get an excavator in here, he could move the rocks into a pile in the back part and we could smooth out the front, seed it and make it part of the front lawn.
In truth, it was a hard sell for me. That foundation had been there forever (in my finite world) and although it served no purpose and was a general pain in the neck to even make visible, it still held intrinsic value to me. Or at least memories. 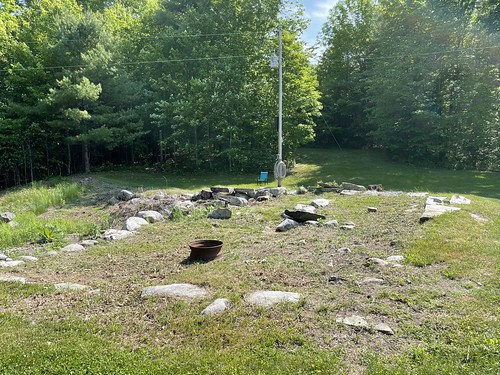 But after talking it over with others in the family, we decided to give Gary’s plan a go. 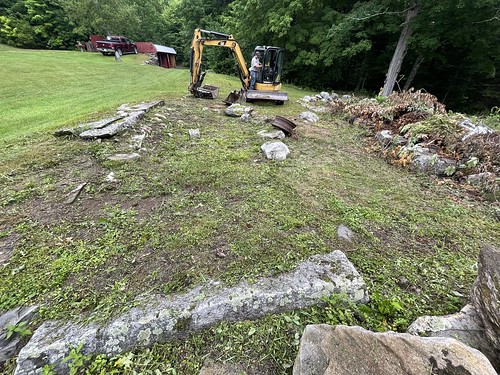 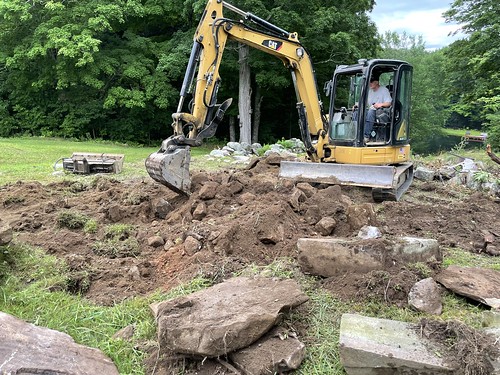 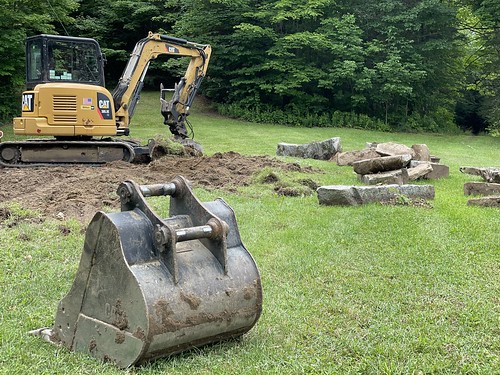 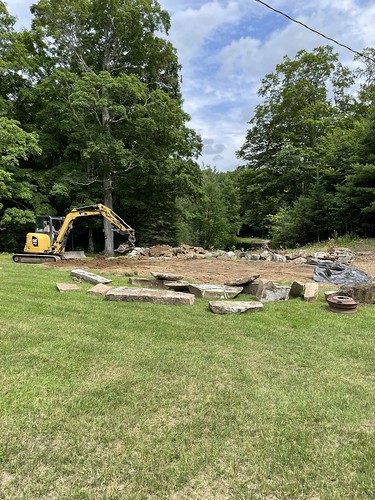 As the work progressed, we kept separate all of the big foundation rocks, and piled the rest in the back section. 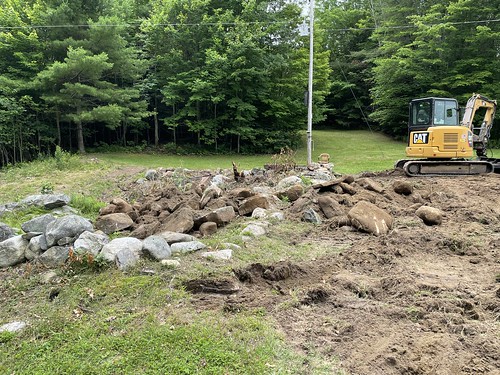 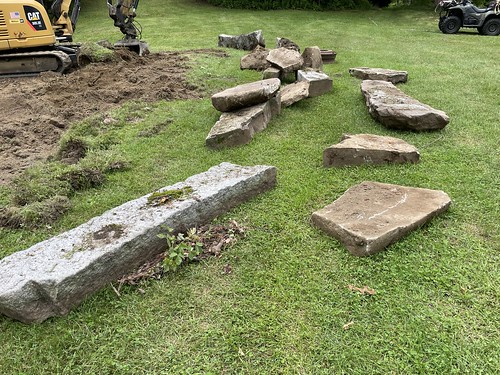 And then, we had him carefully place those ginormous pieces of granite (and other miscellaneous stone-types) into a firepit area. 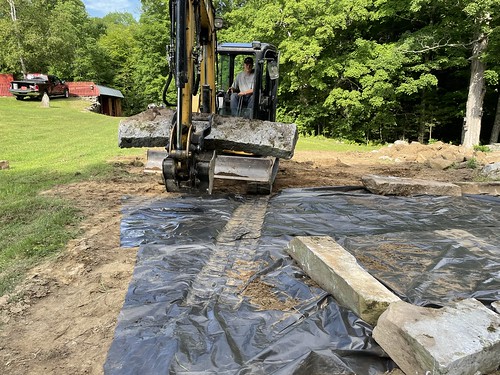 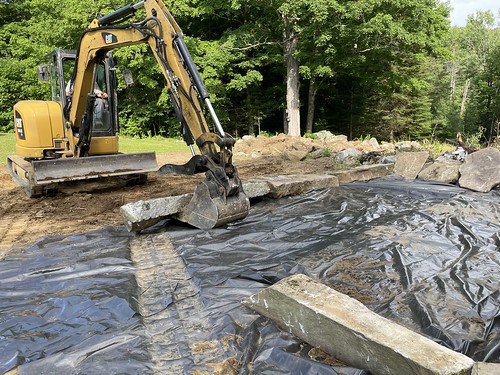 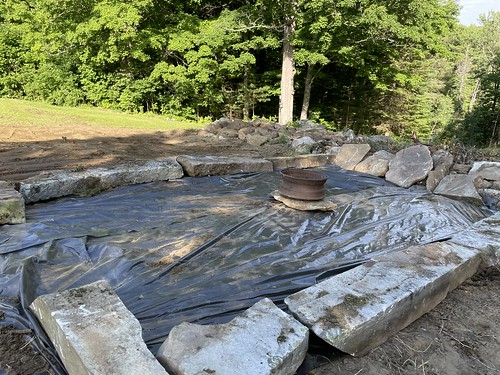 We added a load of mulch, 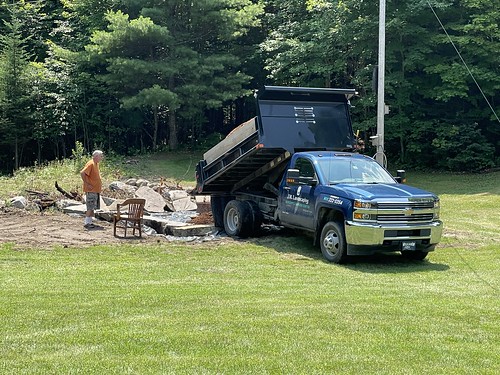 had some husky reunion attendees readjust the stones some 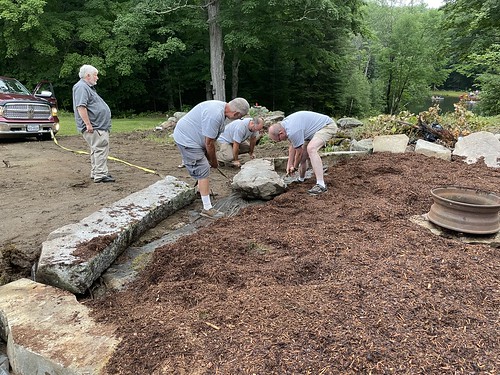 (Wait, that’s three old dudes and just one strapping youth doing that)
until we came to this final configuration. 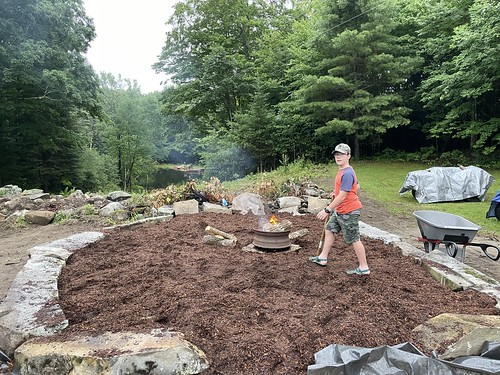 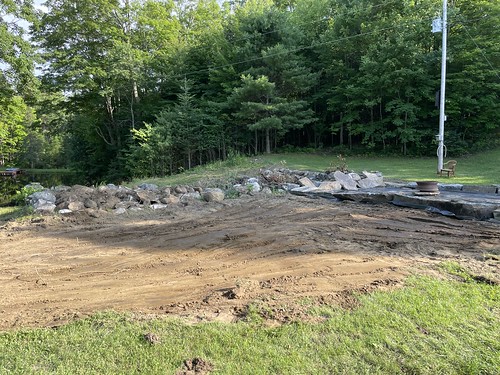 Once we get that grass growing and make those final adjustments to the fire pit, I think it will be a lovely addition to The Cabin Experience. 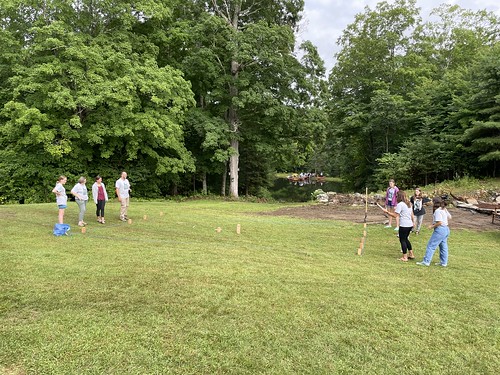 And a fair bit more useful area than this – 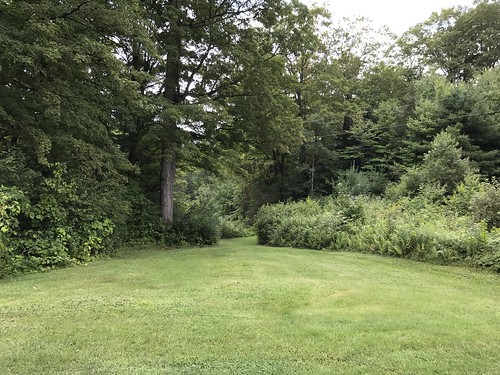 PS – I’m thinking our young excavator driver, Brady, had a pretty fun day of it too! 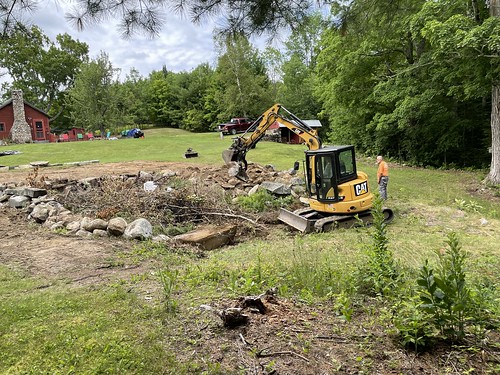