Lynne and I met when our oldest sons were in preschool together. They are both 42 now, so you know we’ve been friends for a long while. They’ve moved a couple of times over the years, but we somehow managed to stay in touch, however loosely that may have been.  When Roger retired (or mostly retired) they settled in Ludlow, VT, which just happens to be on the way to The Cabin!  Since we’ve been on the road our friendship has blossomed again, as they have often come to The Cabin for an overnight or two and we have stopped to spend time with them in our comings and goings to our cabin. It’s been a lovely thing! 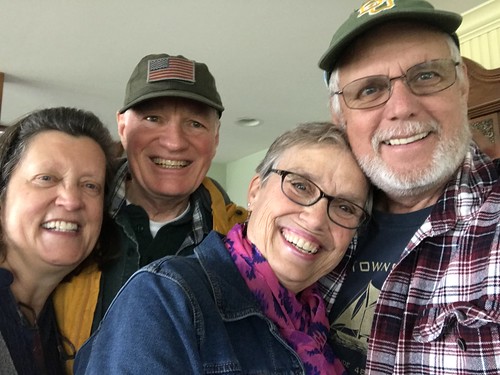 Late in March of this year dear Roger slipped quietly and unexpectedly into Heaven.  Oh, how our hearts ached for Lynne. As we were preparing to head to the cabin in late May I asked Lynne if she was ready for company.  She was hesitant at first, I think – so much seems so overwhelming right now, but she finally said yes. Come. So Gary dropped me off on our way north and I was able to spend three lovely, quiet, tearful, and maybe even a bit productive days with this dear friend and sister in Christ.

I joined her on one of her daily walks 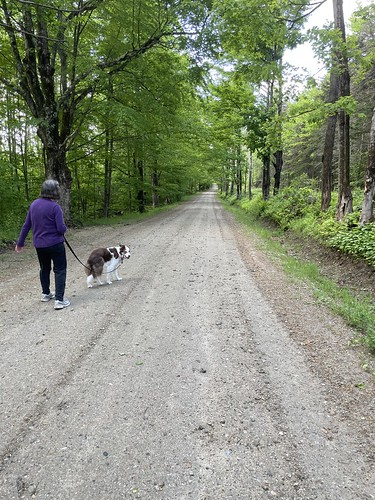 and we found a five-legged newt! 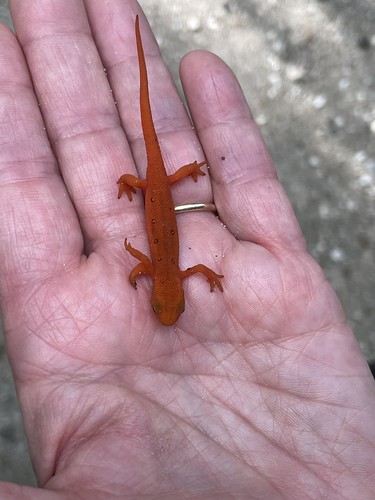 We helped him get safely to the side of the road. (Though it’s not a very busy road and he probably would’ve made it without our assistance!)
We lingered over breakfast on the porch, 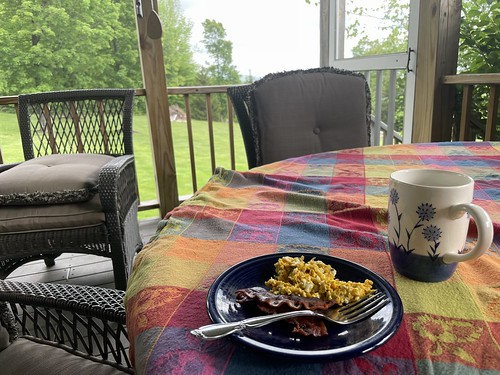 filled the house with the delicious smells of homemade soup, 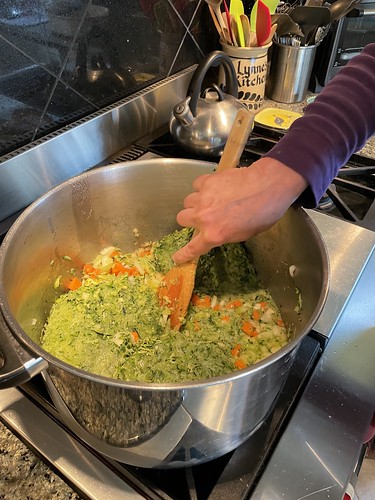 attacked some crazy weeds in the garden, 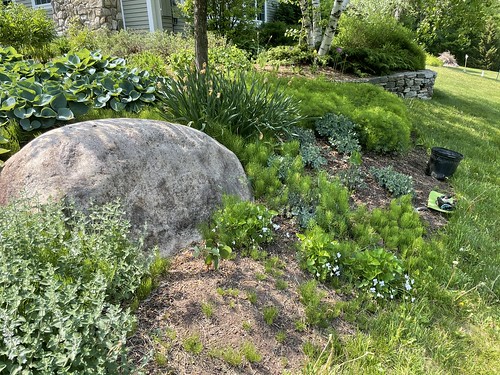 did little dusting and did a little puzzle puzzling. 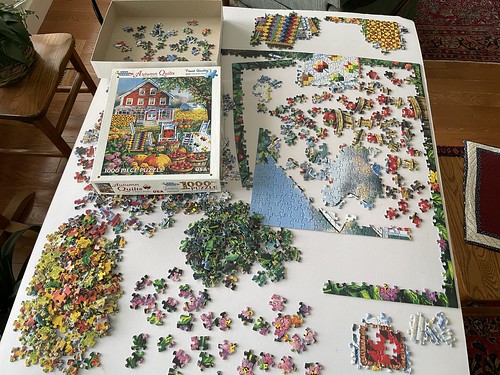 And finally, when the chores were done, we spent some time in her studio – the first time she’d been there since she lost Roger. 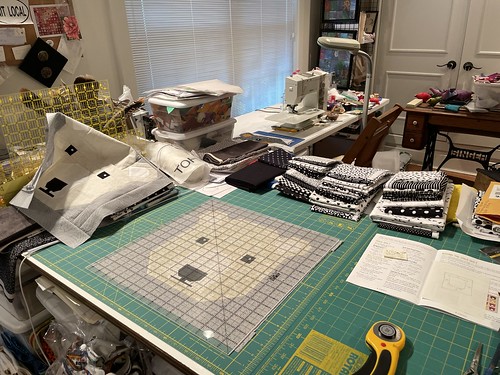 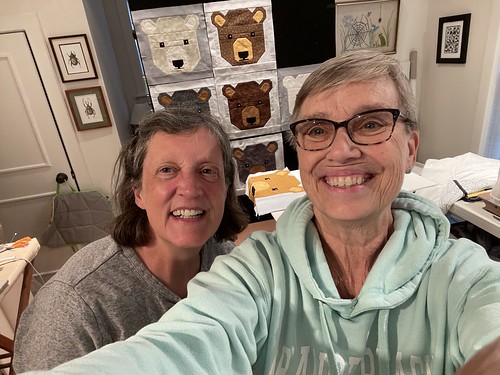 It was hard, but it was good.
We sat quietly and remembered Roger with both laughter and tears. We prayed. We talked about the days to come and the days that are gone. Her grief is great, but her hope in the LORD is greater! I was blessed and honored to spend those precious days with her.

We all miss you, Roger – but we know you are in such a better place! See you when we get there!

Did you have a good Leap Day? Ours was a little different in that we went to a funeral. It’s not often that we get to say a final good-bye to a SOWER friend, let alone join in her celebration of life. Let me go back to the beginning….
We met Dave and Edie on our third SOWER project, Green Isle Boys Ranch in Clermont, FL. It was our first big group 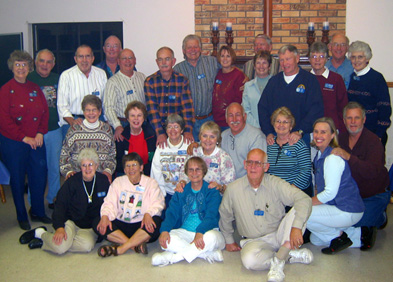 (That’s Dave and Edie standing behind us, if you can recognize the 2005 us!) and we were just a little overwhelmed. Okay, a lot overwhelmed. Dave and Edie, along with several other dear couples, took us newbies under their wing (wings?) and were a tremendous help to us as we started this SOWER journey. They encouraged us to go to our first SOWER reunion, and keep on serving our LORD.  I’m not going to tell you that we stayed in constant contact, but that didn’t really matter. A special bond was formed and time and distance did not diminish it.
While we never actually worked a SOWER project together with them again, we saw them at the SOWER FL reunion in 2007 and we connected in 2010 when we stopped at their home in N. Chili, NY and did some sightseeing along the Erie Canal. 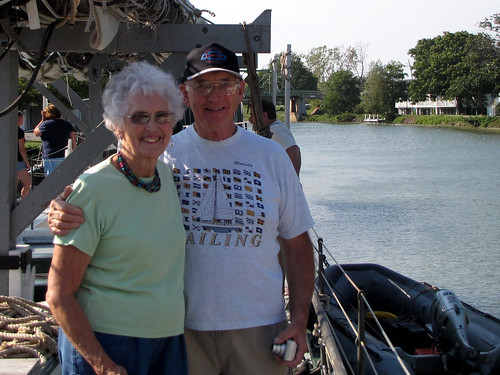 The following year we met up with them for a lovely dinner with friends in Lake Wales when we were traveling through the area. 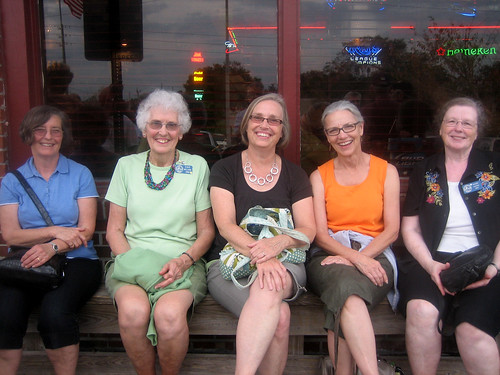 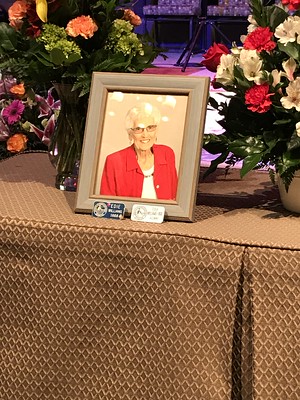 Ah, Edie! You and Dave were such an encouragement to Gary and I, and even though we might not have connected often in the flesh, I believe we have always been connected in our hearts.  Heaven’s gain is surely our loss. We are so thankful that we were able to join in the celebration of your beautiful life today – and were able to give that Dave of yours some good SOWER family hugs! You will be missed, dear friend!
Love from your ‘newbie’ SOWER friend,