Well, even though I often feel like my heart is actually tucked away at that little cabin in Vermont, 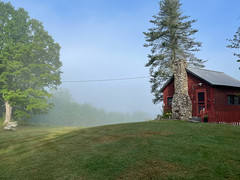 the truth is – home is where we park it! And right now it’s still parked at Odosagih Bible Conference. The trip home was long – breakfast at a local (and newly reopened) diner, a quick nap before we even made it out of Vermont, then a stop at the Costco in Rochester. We picked up some favorite Costco items, but were mostly delighted to find gasoline at $3.99/gal! (Sad that makes us happy, right?) It made the long lines (each line was at least 8 cars deep) worth it. All in all about eleven hours from start to finish. But it was uneventful (in a travel sort of way) and we are thankful to be home. Monday we start our second month here at OBC. We’re working alone (as in we’re the only SOWERs here this month), which mostly means that Gary and I will be working together. I’ll let you know what kind of group leader he turns out to be!

I’ve been looking through some pictures from our Cabin time – so be prepared for some additional stories about that little red cabin up on the hill!

Thanks for stopping by! Praying that tomorrow brings you blessings as you spend time in corporate worship with fellow believers!

I do believe these months go by faster and faster and faster! (Of course, this “SOWER month” started the last week of June, so it’s really no surprise that here we are, on July 15th  already
at the end of it! And the good part about that timing is that now we get two weeks off.  But I digress….)

What a blessed three weeks we had at Odosagih Bible Conference, working alongside of our new friends, Dick & Linda.  After a very fun Fourth of July weekend, which included (but was not limited to)  fireworks over Lime Lake 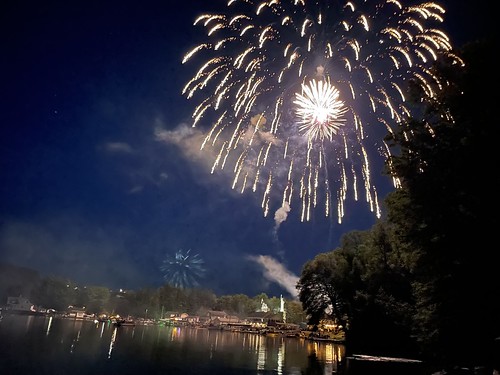 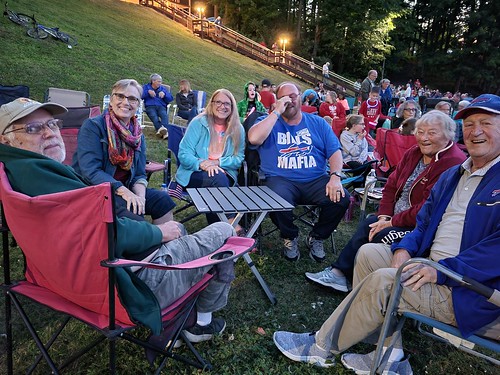 and food( undocumented, but the scales do not lie!), we were back to work before we knew it! As I mentioned in the last ‘work’ post, the guys have been primarily working on refurbishing a home for an anticipated new program director. Two coats of primer later, 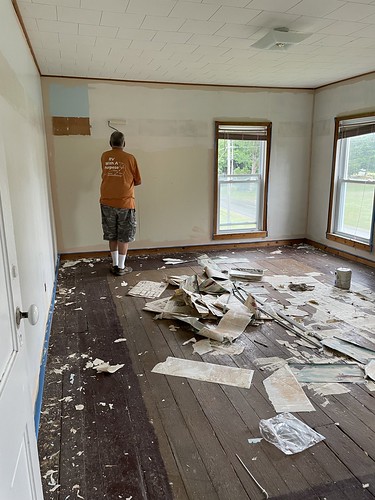 they were finally able to start with some color! 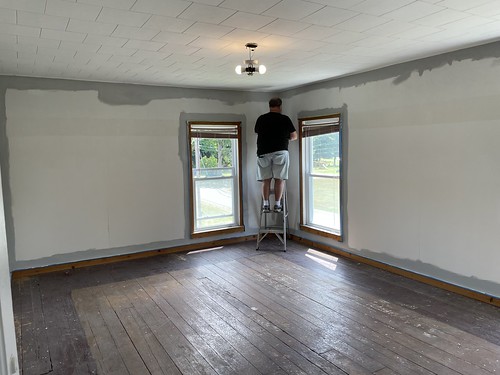 I did catch Gary laying down on the job 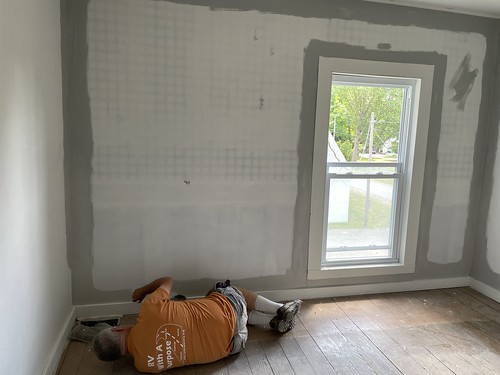 but I’m pretty sure he had a paintbrush in his hand. (And he would’ve needed a pillow to really get comfy!)
The guys did a couple of other miscellaneous jobs around the campus to break up the painting days  –
Gary worked on repairing a couple sets of stairs 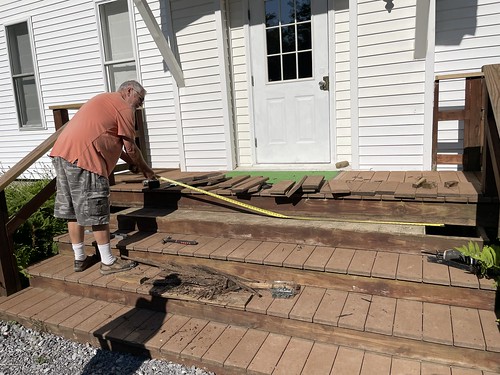 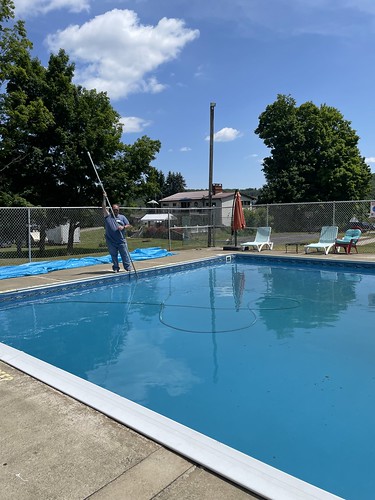 By the end of our final week most of the upstairs rooms had at least one coat of color on, and Linda jumped in on the last day to do a little touch-up on some of the trim. 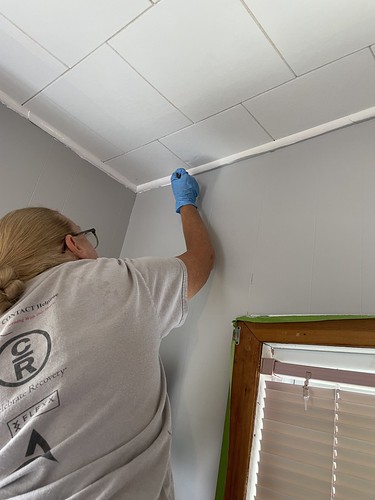 And apparently she had some encouragers too! 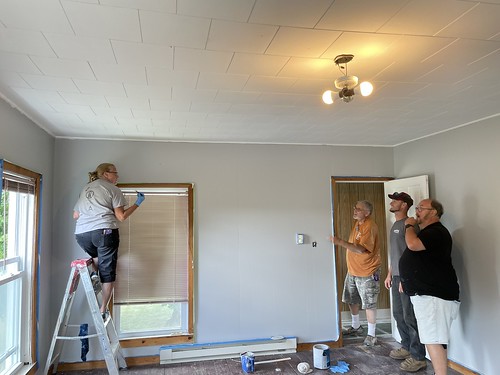 Most of the time, though, Linda and I were on our own. We continued doing some windows and general cleaning, tackled some hillside weeding – 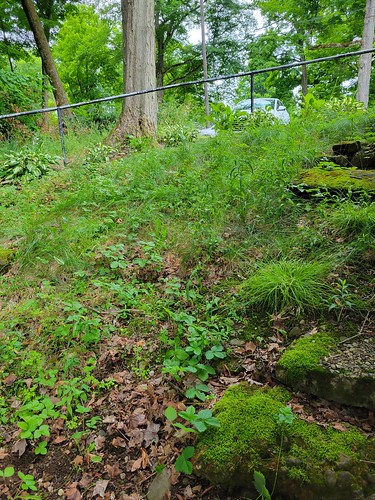 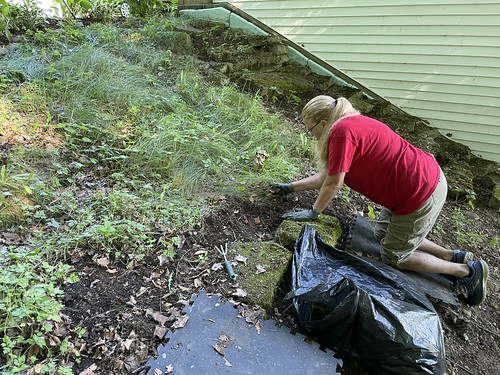 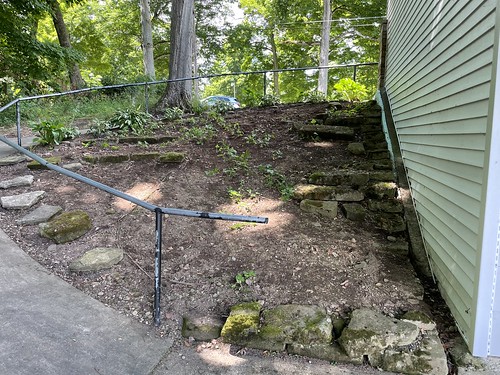 and finished out our time doing something I really enjoy – being “Sewing SOWERS”! We were asked to make new curtains for one of the cottages, and they gave us carte blanche (within a budget, of course) to do what we like.
Before – 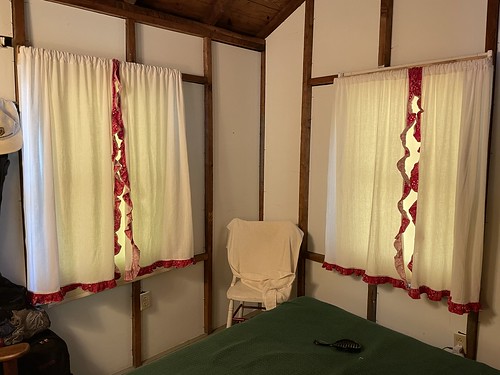 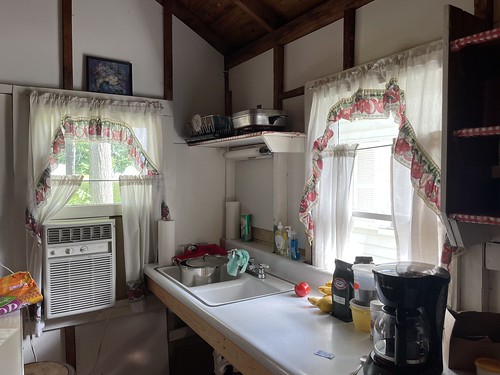 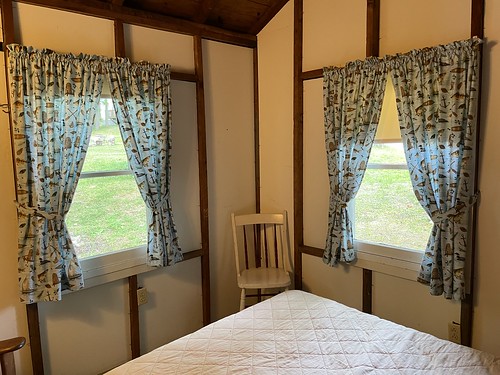 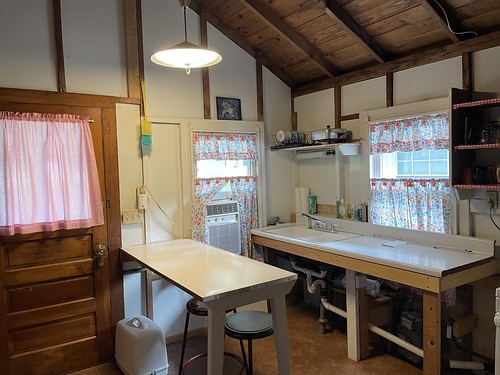 We were able to sew right in the cottage, which made it easier – and fun! 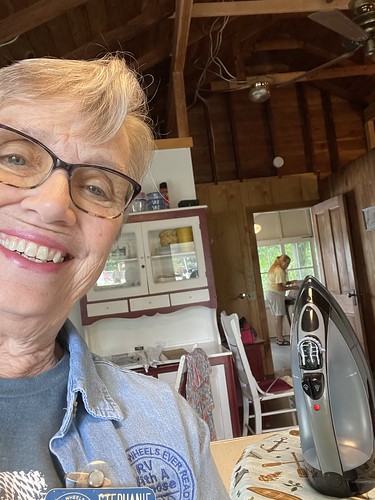 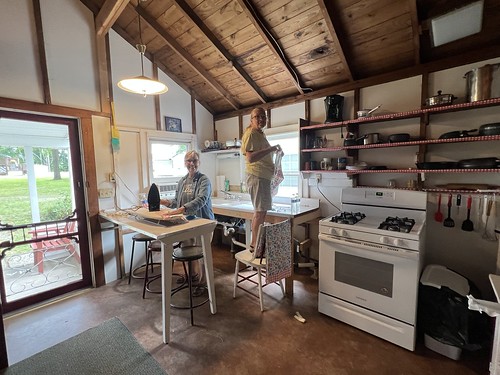 Yes, it was a lovely month! We worked hard, we played hard, we were blessed by speakers and wonderful musicians, and most of all, we made some lasting friends! Oh, and we did a lot of laughing! 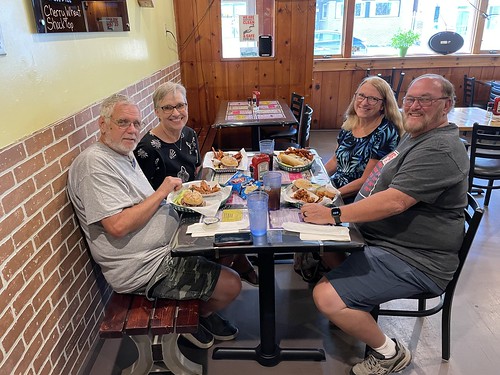 From Vidler’s Five and Dime (the world’s largest, doncha know!) 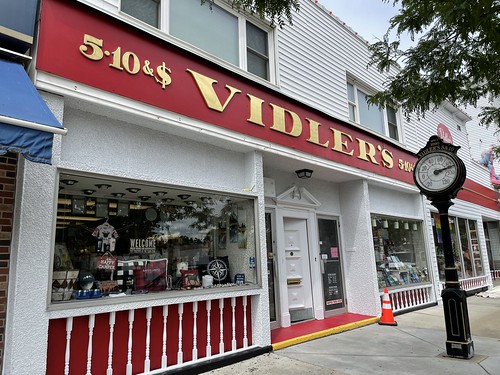 to the Beef on Weck, a Western NY classic 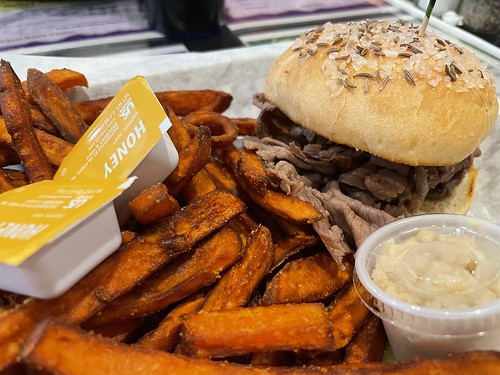 to blessings in the Tabernacle 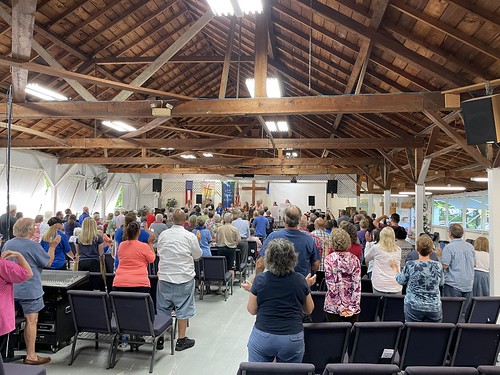 this SOWER month will be one to remember!

And now that our July SOWER project has come to a close, you might guess where Gary and I headed bright and early this morning. 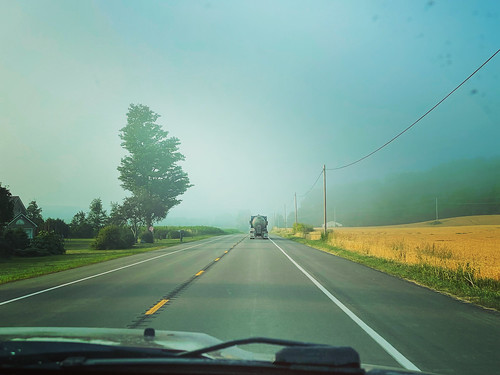 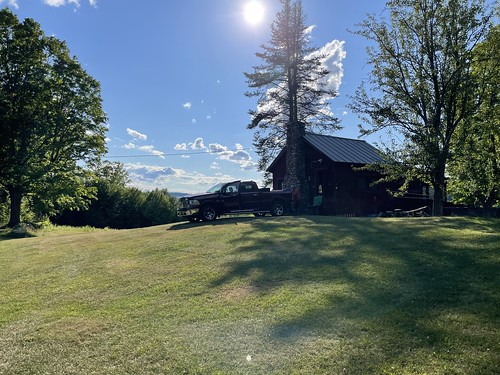 Thanks for stopping by and reading through such a long post! You know it’s going to be really quiet here for the next couple of weeks – or I might just get extra chatty! Just depends on the coffee intake, I think!
Have a great weekend, friends!

If you’d like to see some additional photos from our time at OCC, you can check them out HERE!

We’ve moved to our new spot at a new to us ministry, in a new to us area of New York and we’ll be working with some new SOWER friends. So much New-ness! I’m also working on getting the new Wi-Fi to work, so for now please check out my ‘where are we now’ page to get a feel for just where God has us this month!

Lord willing, I’ll be back soon!