I cannot say that we have gone out of our way to explore “The Mother Road” – Route 66. But in our almost 15 years (!!!) on the road, we have bumped up against it once or twice. 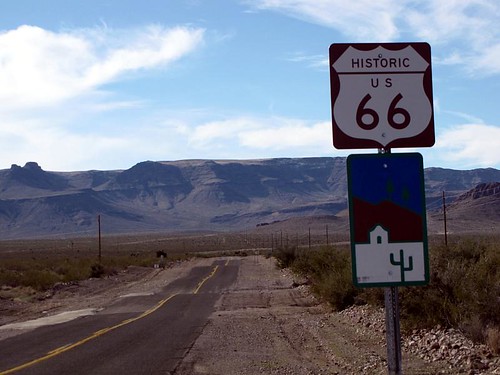 Back in 2008 we followed it for day and ended up in Oatman, AZ – now most famous for their wild burros. 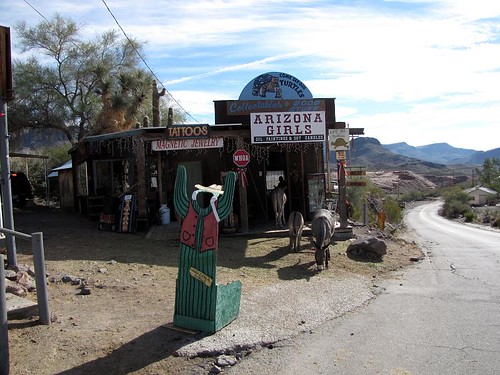 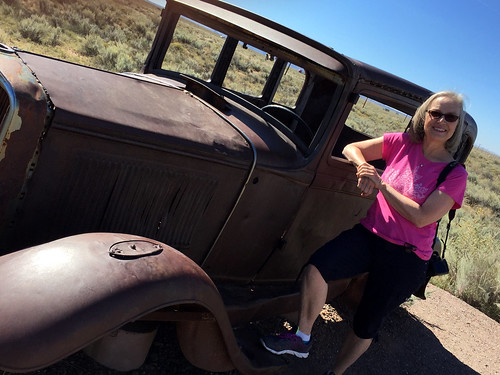 Right now we are serving at Panfork Camp, located between Wellington, TX and Shamrock, TX. Route 66 goes right through the middle of Shamrock, so you know it’s a pretty big deal in these here parts. In fact, one of the art deco buildings (a gas station with a cafe) was the inspiration for one of the buildings (Ramone’s House of Body Art) in the Pixar Cars Movies. 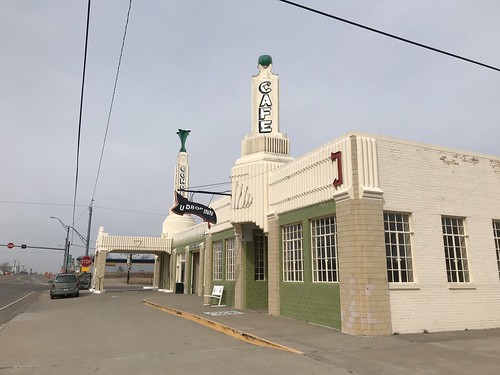 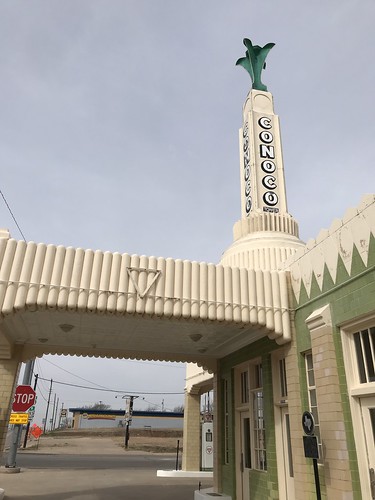 (Ramone’s screen shot from this website)
We loved checking out this iconic building – now the visitor center. We may or may not now own a “U Drop In” T-shirt.
From Shamrock we headed East, part of the way on Rte 66 and part of the way on Interstate 40, with Elk City, OK in our sights. Elk City is home to the Route 66 National Museum Complex. Oh my, there was so much to see! 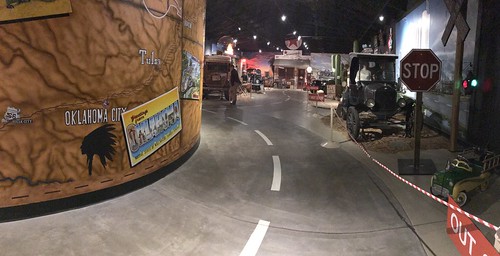 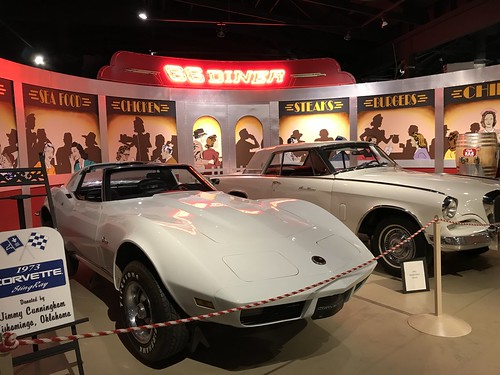 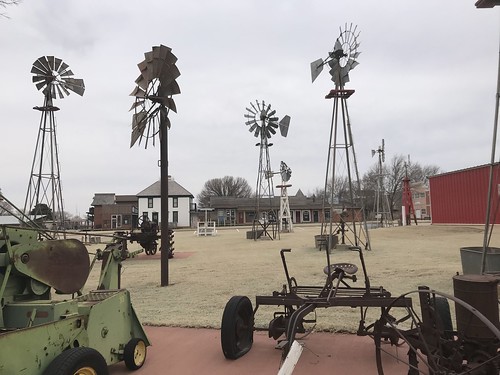 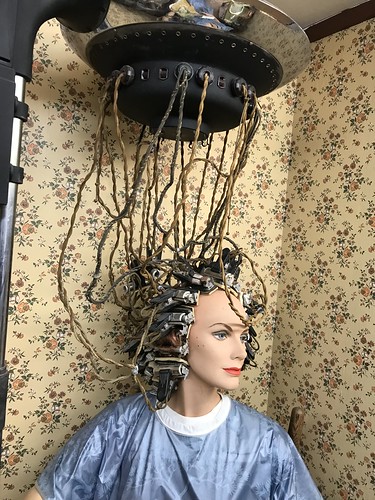 All in all it was great fun to explore this little section of Rte 66! I’m glad we’ve bumped into it again in our travels! 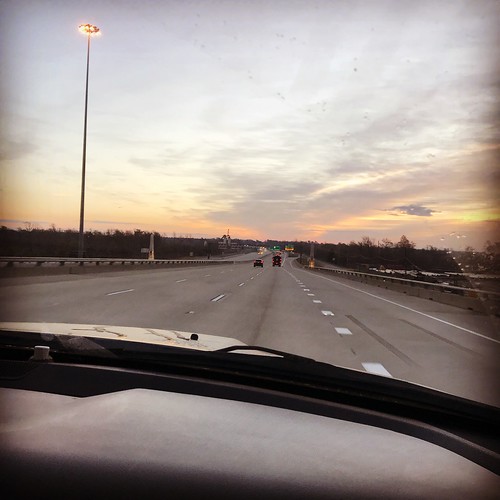 It was ambitious plan. As East Texas Area Reps, we’re “responsible” for the fourteen projects/ministries in our East TX/LA area. Being “responsible” means that we visit (or at least call) every year or so to check that all is well and we also handle any problems that may arise (like questions about the RV sites, how the ministry operates, that kind of thing) during the course of the year. Gary decided that with a little planning we could visit eleven of those projects during our week ‘off’ between our January and February projects. So the planning began, and all the puzzle pieces fell into their correct spots, and oh-so-early on Friday morning (was that just a week ago??), off we went!

(Did you know that Google Maps limits the number of destinations you can put on a map? Hence the skinny blue line, where I had to approximate the trip from our final group of projects in the Lindale area back to our house in Harper. We did manage to squeeze in a quick stop in Waco, though, for some hugs and our mail!)

But back to the trip….
Although we were quite exhausted at the end of it (more the five different beds than the trip itself), and quite honestly are so thankful that we took notes during each visit because already we’re trying to remember who said what, it was a great trip. We have worked at most of these projects, so we already had some relationships with the staff going into the visit. It was lovely to touch base with folks and as an added bonus we got to catch-up with many SOWER friends who had been working at some of the ministries we visited. I’d like to say I took gobs of pictures at each stop, but the reality is I did not. (I know, it’s a major failure on my part.)  As we visited with the hosts at each ministry, it was such a blessing to hear of the “God Stories” of blessings and lives changed through their ministry.  I’m pretty sure I’ve said this before, but one of the best parts of this journey we’ve been on is seeing just how BIG God is!  Our little group of projects include many camps and retreat centers, a training center and seminary (geared largely to men leaving prison), an international medical ministry and a discipleship training facility.   How humbled we are to be able to serve at each one!  (I’ve included links to each project at the bottom of the post if you’d like more information about any of them!)

So since this was a Road Trip, it only makes sense that most of my pictures were of The Road.  Although we’ve traveled most of these roads before (who can forget I10 across the bottom of Louisiana), we did take a different route going from Gulf Coast Church up to Acadian Baptist Center.  We took the FREE ferry out of Galveston 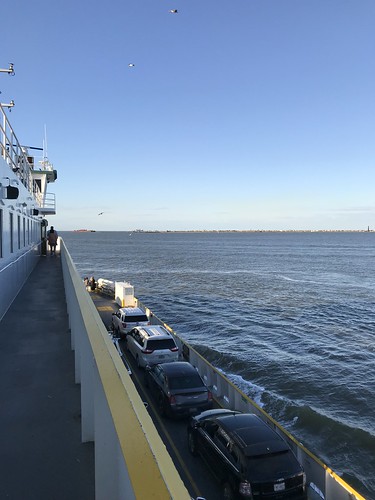 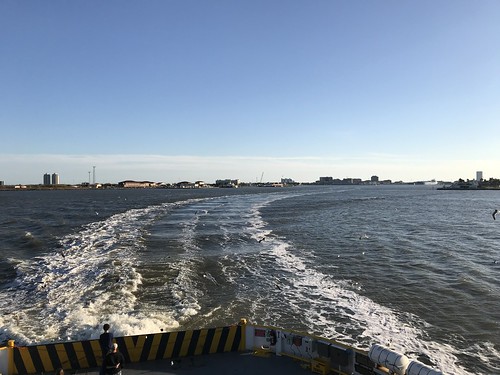 and traveled up Bolivar Peninsula instead of fussing with Houston and I10! It was a beautiful drive and well worth the few extra miles that it added to the trip. 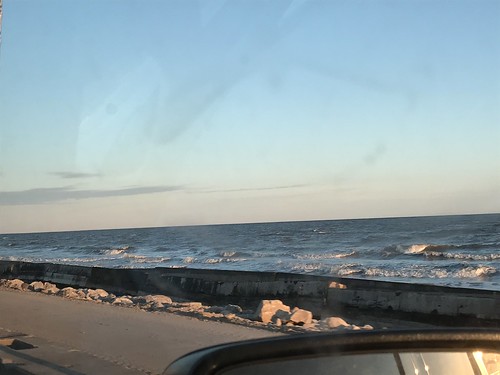 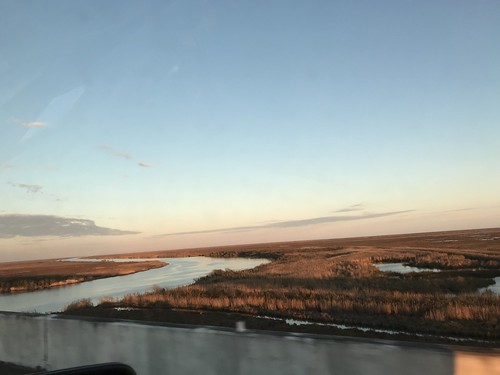 If you’d like to see a few more photos from the road trip – you can check them out HERE!

After we got back to our rig in Harper (you know, that skinny blue line), we packed up and headed to our February SOWER project – Forest Glen Springs – outside of Rosebud, TX. Now that we’ve had two nights back in our own bed, we’re beginning to get ourselves back in order! First up was getting this blog updated, and now I’d better get those eleven Area Rep Reports actually written up and sent into the office!!
Thanks for stopping by!

Here are those links I promised:

Oh, My! I honestly didn’t believe that I had an introvert bone in my body!! But after a super busy and fun 6 weeks in Waco and then a wonderful two weeks with the rest of the family in Columbus (I promise I’ll share more about that soon!), my recessive introvert gene has risen to the surface and it’s saying things to me like
Alone
Quiet
Still
Breathe
Rest

We’re settling in for our first night’s rest at our January location (see Where Are We Now for more details!) and for the first time in a while we’ll be working alone. Oh, we’ve already met some sweet folks that will be working with us so we’re not ALONE alone, but by and large I’m really looking forward to a lovely, quiet, restful, month.

And since I haven’t even had the time to look through the pictures of our Columbus Christmas to share any of those, I’ll just leave you with a funky photo I took from the plane.

Love those city lights peeking up through the clouds!

Wishing you all the best in the coming year – good health, kind words, deep thoughts, and a fresh experience of God’s Grace!

Hello October!!!! We’re in a new month and at a new location, so it seems like a good idea to get this little corner of the internet caught up and back on track! Perhaps the most efficient way to accomplish that is do do it in ‘bullet points’, so here goes:

What a sweet time we had in Waco!!  We were only there for two weeks, but we managed to pack the days full of goodness! END_OF_DOCUMENT_TOKEN_TO_BE_REPLACED