As our project here at Whispering Pines was wrapping up (it officially ended yesterday)  there was still that walk-in cooler which needed to be moved into place, hooked up, and a hole cut into the wall for access from the kitchen. 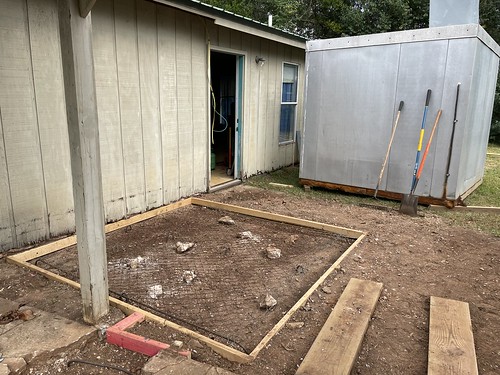 But the bad news was that the concrete wasn’t going to arrive until yesterday, so it didn’t look like things were going to work out as hoped. But at least we were around to help with the concrete! Since there was probably going to be some extra concrete after the walk-n base was poured, the guys also prepped a nearby sidewalk that was also in dire need of some patchin’! 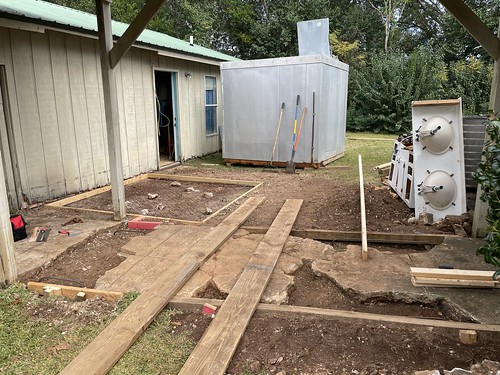 The truck arrived right on time just before noon on Thursday 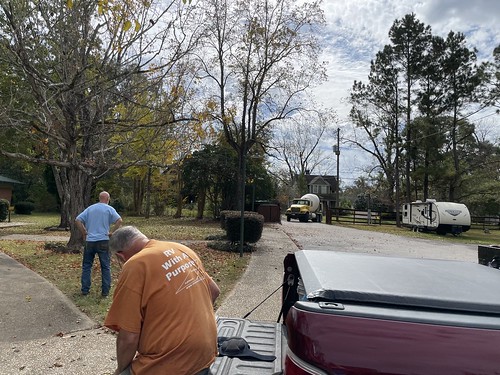 and with a little help from Gary holding up the phone wire with a rake (just can’t keep that guy off the ladder!), 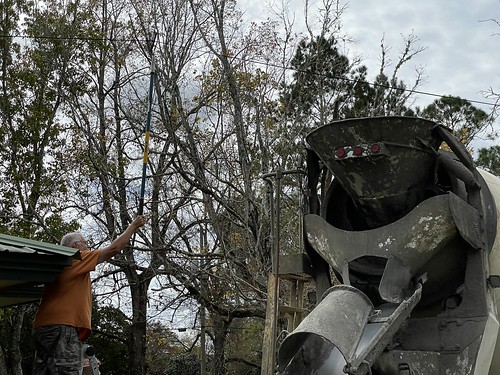 the driver was able to get the truck right where it needed to be! 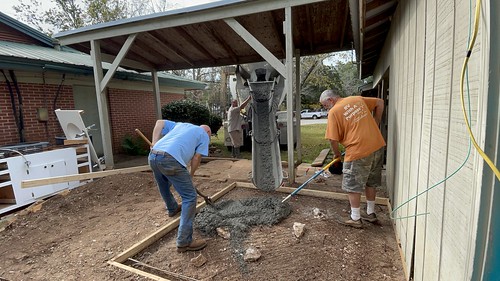 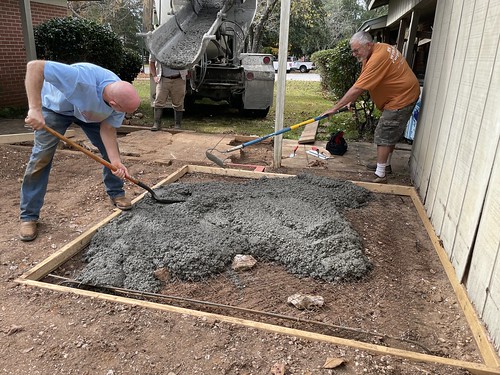 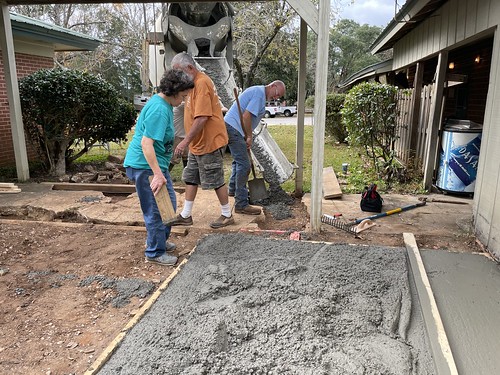 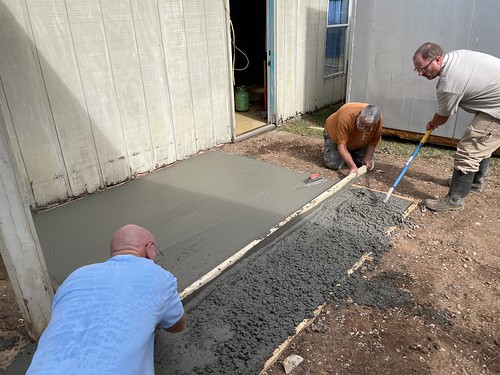 Thankfully, even the driver stepped in to help! Tammy (Barry’s wife) and I helped where we could, but I have to admit that “concrete work” is marked pretty low on MY skill sheet! 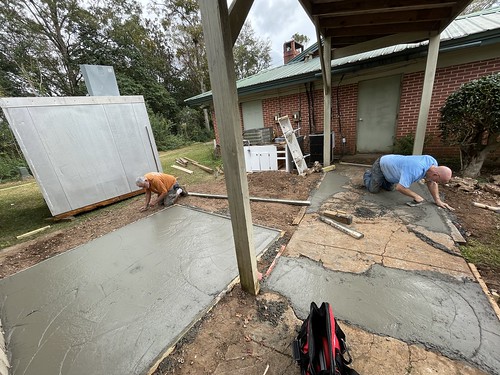 I had to leave before it was totally finished (Zoom call with my sisters – priorities, baby. Priorities), but I went back today to see how it all looked! 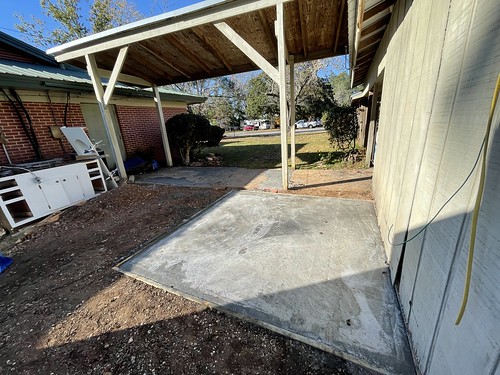 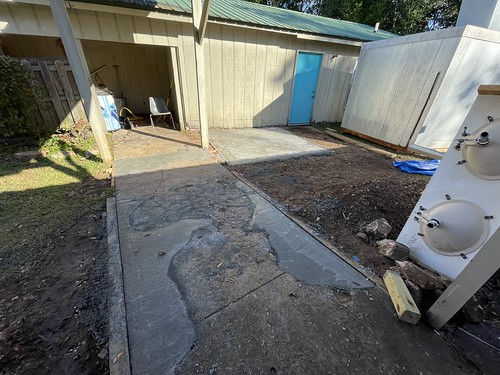 The sidewalk still has an “I’ve been patched” look, but at least it’s no longer a trip hazard!
The concrete won’t be totally cured for another week, so we’ll miss the Big Move. Sometimes it’s hard to leave knowing the job isn’t quite done, but we’re thankful we were at least able to get it as ready to go as we (Gary!) could!

We’ll be here through the weekend, getting packed up and organized before we head out for a bit of R&R before our next project.  It’s been a sweet three weeks here – so glad we came!

Have a lovely weekend, friends!