Did you have a good week? It’s been a little-bit-of-this, little-bit-of-that kind of week for us here in Montrose. Our main “assignment” this summer is to be rehabbing the walk-ways along the motel units here at the conference center. 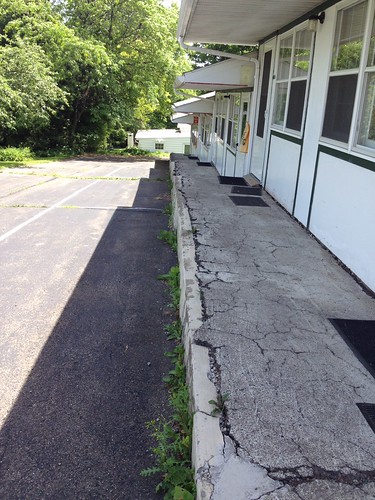 Now this isn’t the newest facility in the world, but the rooms have been updated and they are a great addition to the accommodations that are available. But the walk-ways – Ugh. Failed concrete has been covered over with macadam (really?) and now that has failed. It really gives the motel a “poor relation” feel, which is sad since they really are nice rooms. After looking at many options, it was decided to rework those walkways using decking – you know, the man-made, minimal maintenance kind of decking. And that looked like a job for Gary!
But as so often is the case, before he can get to the fun part (engineering and building the decking/stairs), there is the getting-it-ready process. And it’s turning out to be quite the progress, indeed! First you have to remove the macadam, which popped up pretty easily, but revealed the badly failed concrete beneath. The original plan was to do the decking right over the concrete, but it was such a mess that it really needs to be removed. And that had Gary using (for the first time ever) this beast – 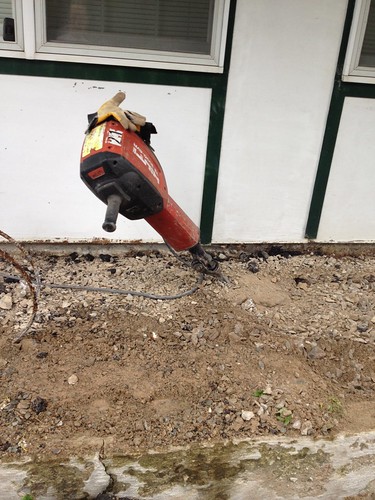 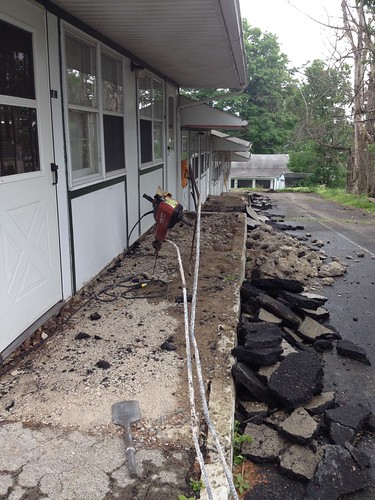 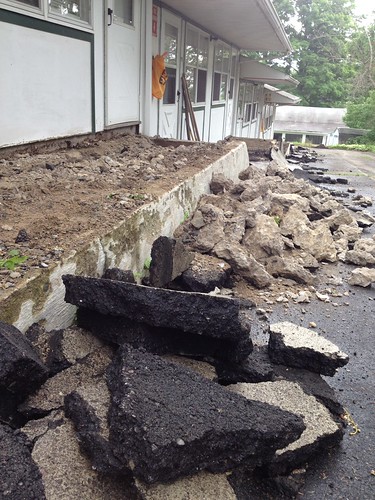 he realized that this first time of using the jack hammer, would also be (Lord willing) his last! (Thank goodness for that jumbo bottle of ibuprofen.)
After clean-up (with the help of a backhoe and trailer) it looked better, but all that loose stuff still needs to be removed. 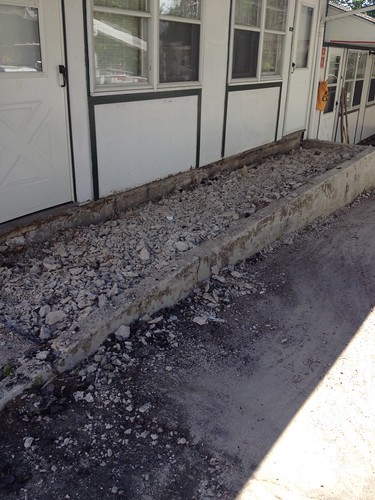 He also realized there were a couple of other issues that needed to be addressed – like this water valve/pipe that is located right at the corner. 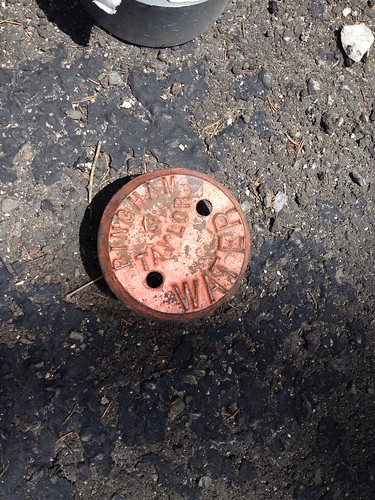 Yeah, this would be a good time to solve this problem too! 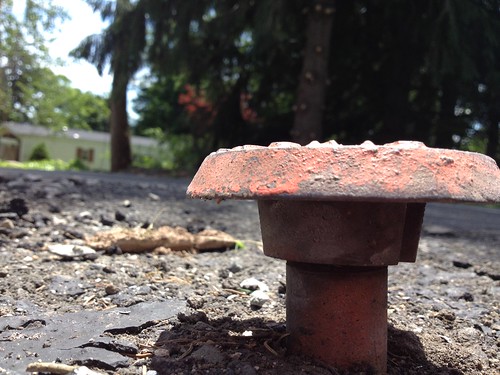 So that was Gary’s week – getting just one section (out of 8) a little bit closer to actually building the new landing.
And my week – well, let’s just say it was bright and cheery! 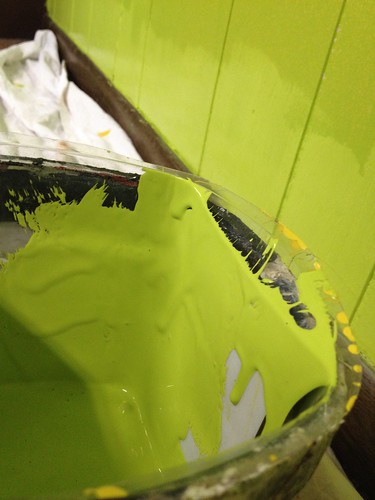 We’re pretty happy to see the weekend, especially since as soon as I get this posted I’ll be getting ready to go celebrate a great-nieces high school graduation. And any day that I get to see family, is a good day!

Hope you have a good one too!