Alright, I’ll go first.
Well, to start with, it is the Home of Sam Houston. 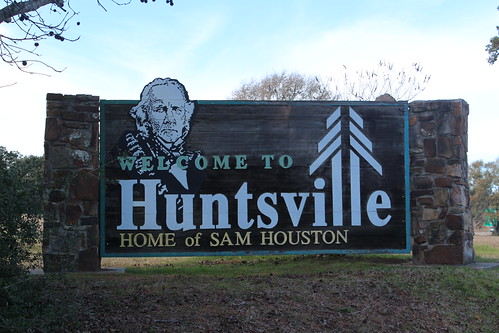 I’d like to say this Sam Houston fellow was a pretty interesting guy. He was born in Virginia and moved with his family to Tennessee when he was 14. There are a lot of ins and outs to his story, but over his lifetime he: lived with the Cherokee Nation, was the 7th Governor of Tennessee (and built the first school there when he was 19 (quite a few years before he was Governor)), relocated to Texas, became a leader in the Texas Revolution and was elected as the the first and and then the third President of the Republic of Texas. Once Texas became a state, he served as one of its Senators for 15 years. In 1859 he became the 7th Governor of Texas. As governor, he refused to swear loyalty to the Confederacy when Texas seceded from the Union in 1861 with the outbreak of the Civil War, and was removed from office. He retired to Huntsville where he died before the end of the war. Needless to say, he’s a pretty big deal in Huntsville – 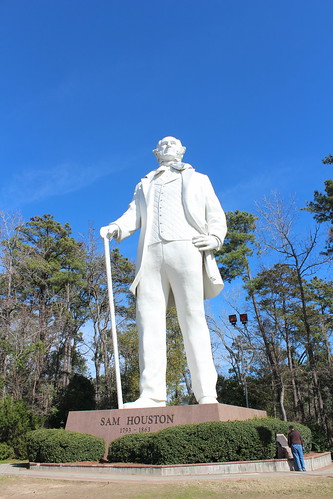 A Really Big Deal (as in holding the world record for the tallest statue of an American Hero at 77 ft. tall).
A virtual giant of a man! 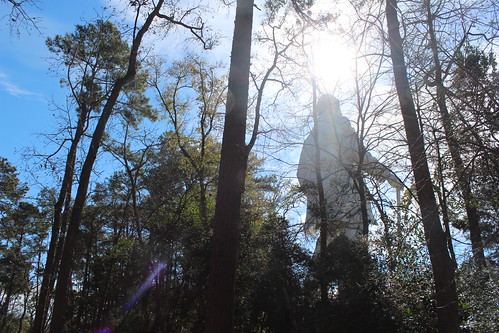 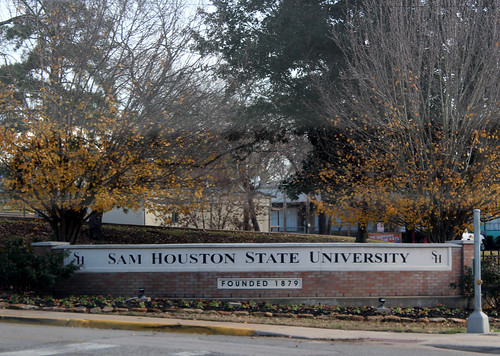 which has a student population of almost 20,000! 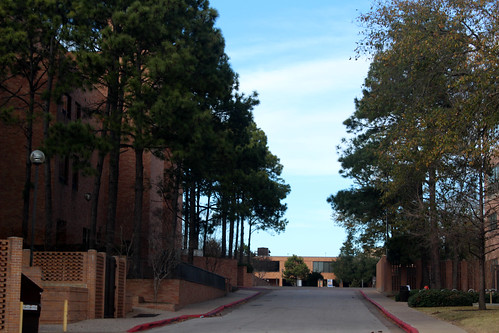 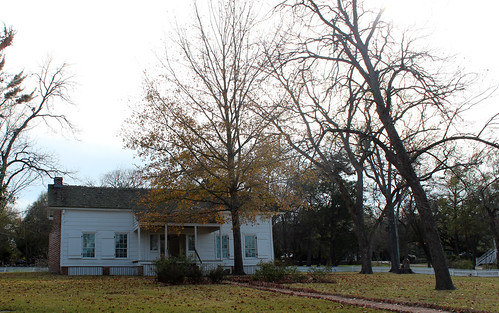 The Sam Houston Museum (we’re saving that for another day) and an adjoining park. 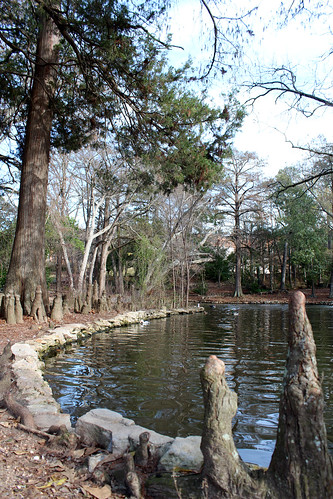 And, since he died in Huntsville, it is also home to his grave – 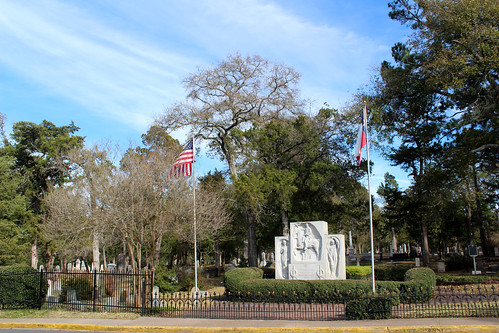 ….which is surrounded by many lesser known folk. 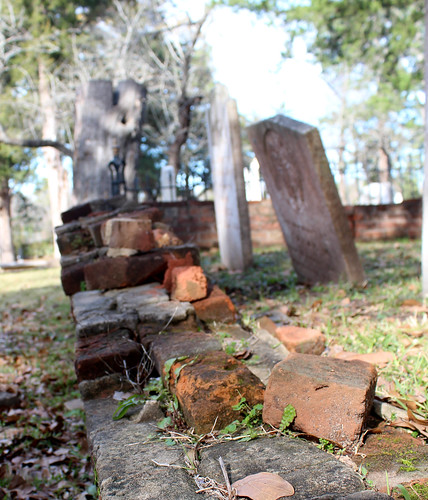 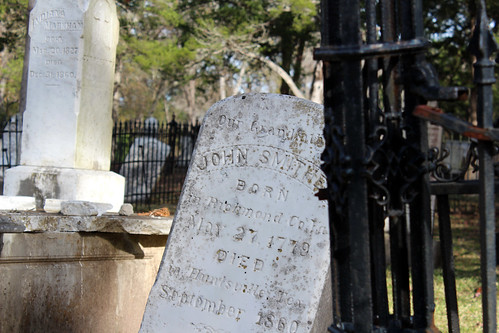 (I just love walking around old cemeteries!)
There is also the Sam Houston National Forest located just east of town. Matter of fact, our project (Forest Glen) is located in the SHNF and we can certainly attest to the fact that we are indeed, parked in the forest. 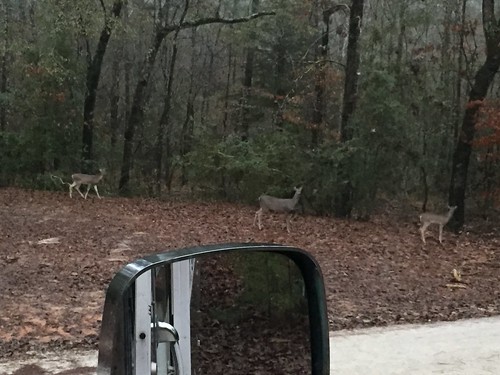 But Huntsville is also the home of the Texas Department of Criminal Justice. Within the city limits are 5 different prison facilities and the TDCJ is the largest employer in the city. It should come as no surprise that with that kind of ‘atmosphere’ there is also a Texas Prison Museum. 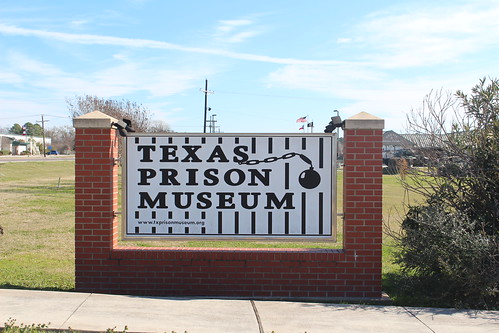 Now in the 10+ years that we’ve been driving around this country I figure we’ve been to 2543 museums (give or take). Everything from The Air and Space Museum (Washington, DC) to the Barbed Wire Museum (somewhere in Kansas). As subject matter, I confess a Prison Museum is pretty low on the list (bad people being treated (for the most part) badly). But this one surprised me. Oh, not enough to put it up in the top 10 or anything, but it was pretty interesting. It was very forthright about its not so humane past and did a good job finding something positive about the prison history. 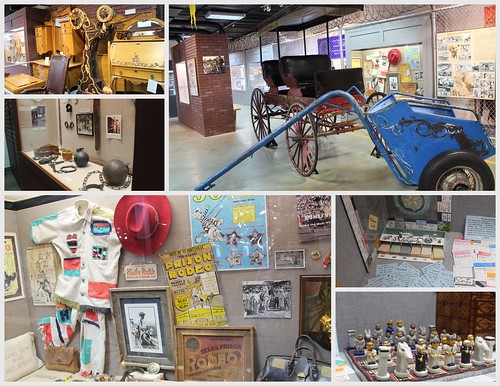 The Texas Prison Rodeo and prison ‘art’ were just some of the positives! I was surprised at how many kids were there with their folks (and apparently it’s pretty busy during the week with school trips), but I loved how this little one was dealing with the subject matter. 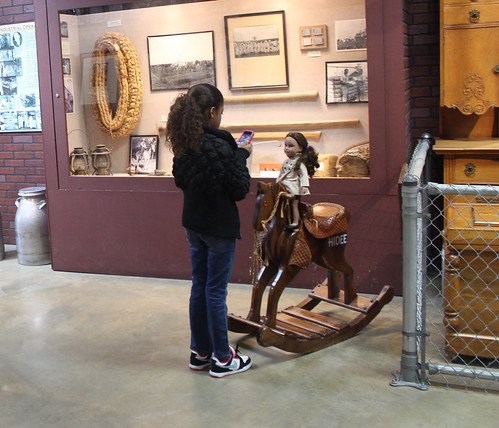 Gotta love a girl and her doll, just trying to pass the time in the museum!

So there you have it – a couple of tidbits about Huntsville, TX. I’m pretty sure there will be more to explore, so stay tuned for developments!

One thought on “Huntsville, TX”