Once again, it’s been one of those weeks. As each day’s Photo 101 assignment arrived in my inbox, I thought not about what I could shoot that day, but rather – Oh – I think I have just the picture in my “stash” that would fit that! So here goes – another week of assignments completed via my archive of photos over on Flickr.
Day Six: Connect & Tags – There are many ways to interpret this theme: from a gadget to a handshake, from a bridge to a gathering among friends. What’s yours? 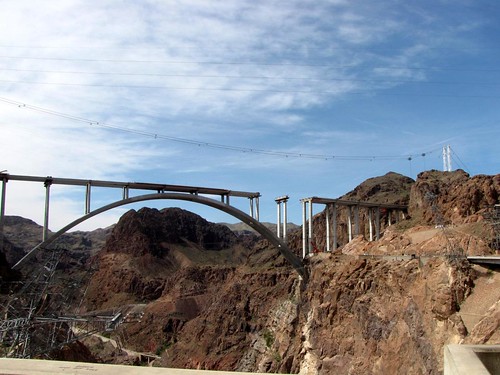 This shot of the almost completed bridge that diverts traffic from the top of the Hoover Dam was the first thing I thought of with the assignment title of “Connect”. So close! (This photo was taken in 2010 – the bridge is quite complete now, and we’ve even driven across it. :))
Day Seven: Big & Point of View – Today, let’s go big. Whether inside or outside, photograph something of massive size. Feel free to interpret big in your own way, and get creative with your shot. Capture all or just part of the subject. Place it in the foreground so it takes up the entire frame. Or shoot it from afar so it appears smaller — yet still prominent.

Couldn’t resist these two BIG things that popped up in my head.
Grand Canyon – April 2010 – 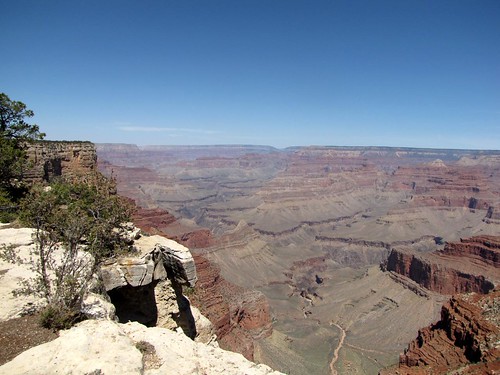 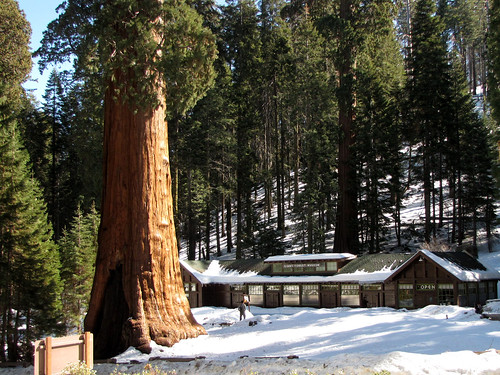 Day Eight: Natural World & Leading Lines – Capture the natural world with your camera: document a moment outside, big or small. From a panorama snapped during your morning hike to a close-up of a leaf in your yard, we invite you to document this wondrous world around us.
One of my all-time favorite headers –
Lake Tahoe May 2010- 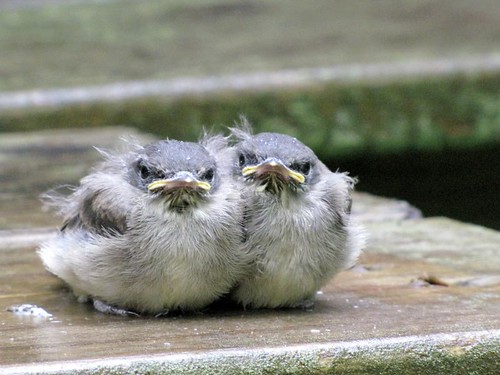 Day Nine: Warmth & the Quality of Light – Today, capture an image of warmth, using the sun as your source. And if the sun is nowhere to be found, don’t worry! You can interpret warmth in a different way.
There’s nothing like the jeweled necklace of a dew-studded spiderweb 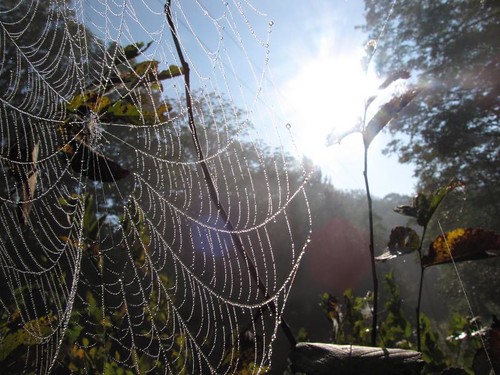 And then from our second month on the road –
Early morning deliciousness on Georgian Bay (Ontario, Canada) – Sept. 2004 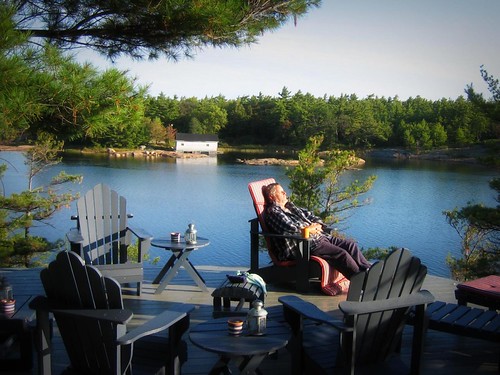 Day 10: Mystery & Lighting Effects – share an image that creates a sense of mystery. A lone mitten on the sidewalk. A trail leading off into the distance. Your dog’s deep brown eyes. Intrigue us with uncertainty.

A smoke shrouded mountain in Alaska, Summer of 2009 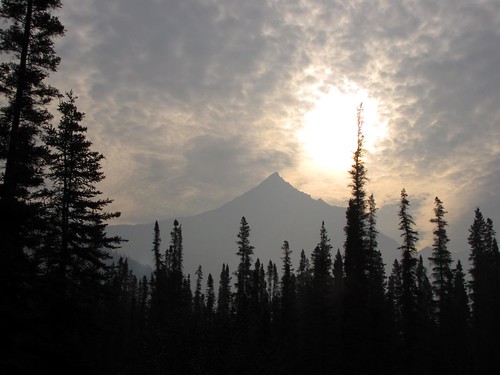 I’m pretty sure I’m supposed to be doing these assignments in more of a real-time scenario, but I have to confess I’ve really enjoyed hunting down these pictures over on my Flickr account.  And with 15,390 uploaded photos to choose from, there has to be something that fits! Right?