On his 65th birthday?
First and foremost, be at the cabin! 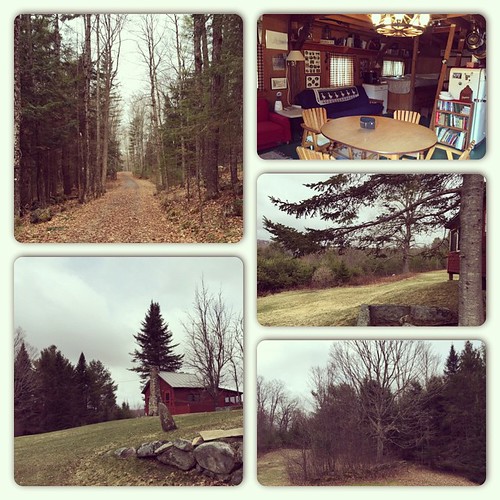 With that accomplished, and the turning-on-the-water chore delayed due to the need for parts, he set out on his other current cabin obsession:
Beating back the wilderness.
See that little peninsula of growth in the middle of the picture? 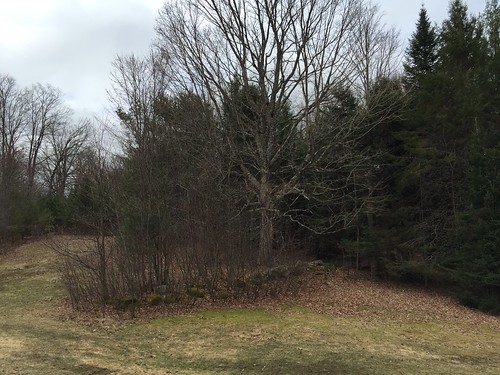 That stone wall, just visible amidst the small trees, used to be the end of the original road to the cabin.
In the summer it looks like this – 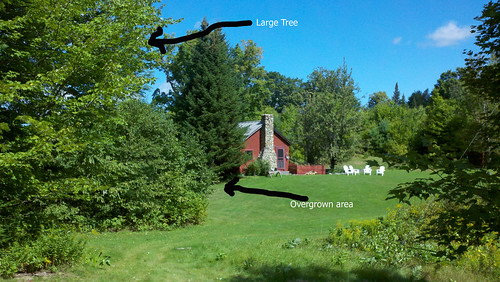 This was taken almost 4 years ago – so you can see that the shrubbery is slowing taking over the area!
So on his 65th birthday, you could find Gary doing this – 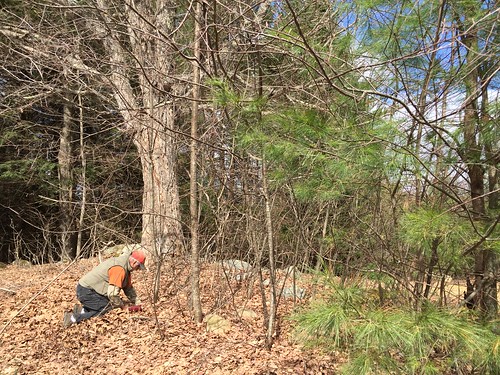 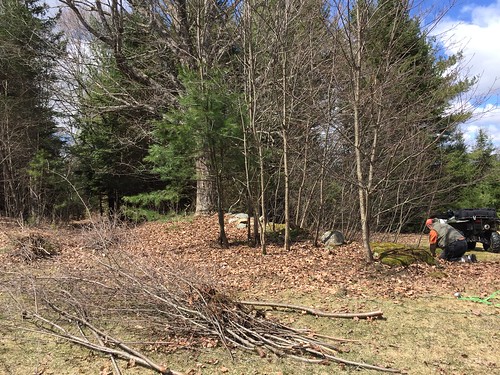 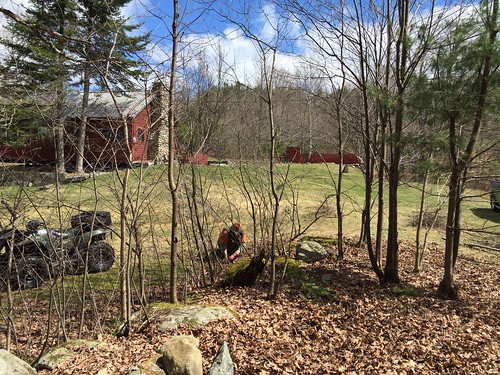 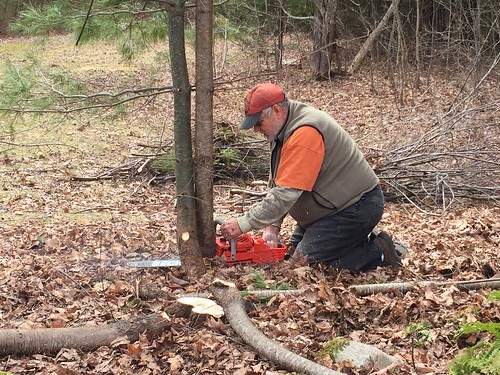 Ah, love the new chainsaw!
And then there’s always the ATV – 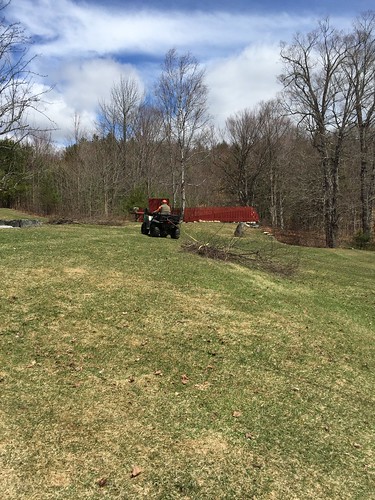 By early afternoon, the debris had all been moved to the burn pit and the area was tidied up and good to go. 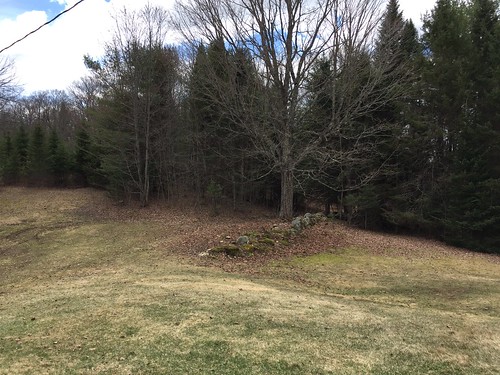 Trust me, we know it’s a temporary fix, but it sure did feel good to reclaim that stone wall!

But the birthday wasn’t all work and no play. After we spruced up from the morning’s landscaping efforts, we headed to Home Depot for those turning-on-the-water parts and even managed a nice dinner out (with a free birthday dessert to boot!).
And we were back at the cabin in plenty of time to enjoy a beautiful sunset. 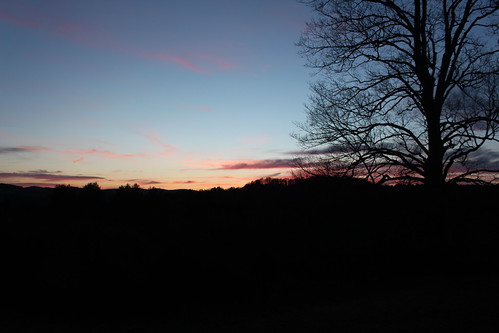