…the mouse will play. That can be a pretty negative saying, I know,  but in the case of me being away, and Gary staying home – well, it’s all good!

After my two week family hug-fest, I returned to a virtually spotless RV. Dishes were washed and put away, laundry (sheets, towels, rugs) was done, counters were clear and the floor was swept.  Even the plants were watered and thriving.  Either he (a) missed me terribly and was just keeping busy to keep from going stir-crazy without me, or (b) he just plain does a better job with life when I’m far away. I’m choosing to believe “a”. 🙂

But he wasn’t just keeping out of trouble by detailing the RV.  He also got lots done around the Camp.  He had started on this fence when we first arrived. 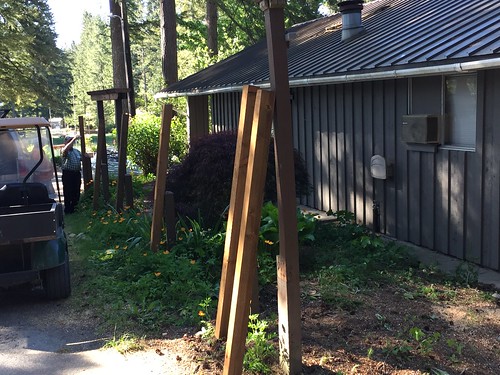 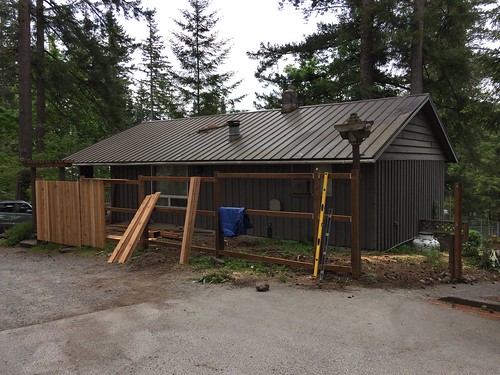 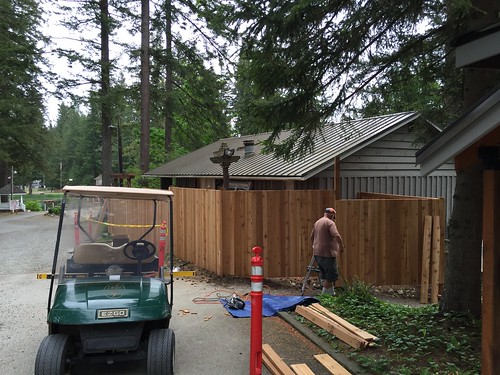 That’s where I left him.
By the time I got back, he had not only finished up that fence, 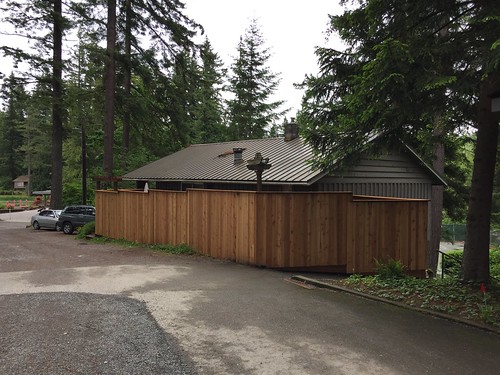 he had also built a fence around their BBQ area – 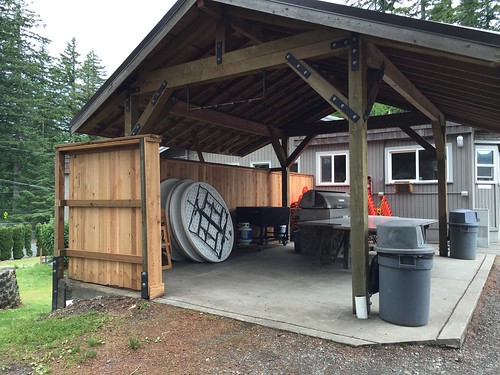 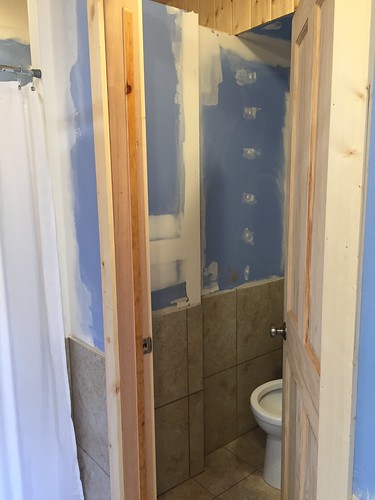 and worked on the design and implementation of a retrieval station for their zip-line. 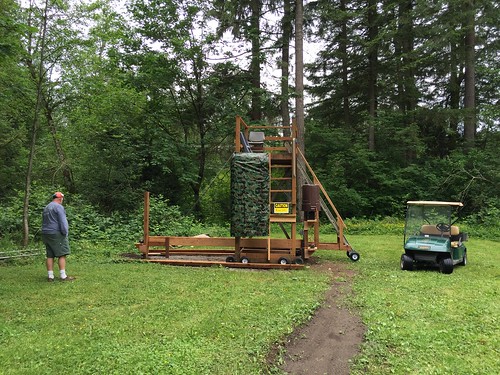 Something to do with winches and stops and making sure the platform is out of the way before anyone does any actual zipping. 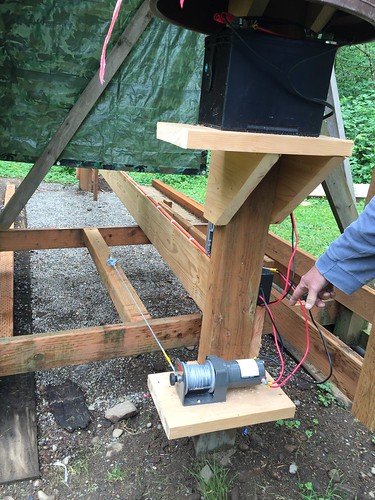 So, all in all, while I was busy lovin’ on our family, he was busy doing a great job of holding down the fort.

****************
Tomorrow morning we head to our June project – Black Lake Bible Camp over in Olympia (see our Where Are We Now Page for more location details). We had hoped to do some sightseeing this week, but a typical weather pattern has settled into the area, and the sun has only broken through for a moment or two each day. (We must be near Seattle, right?). I’ve kept busy catching up on some sewing and computer ‘stuff’, and Gary has continued finishing up some odds and ends around the RV. Today we’re wrapping up some loose ends and then tomorrow morning we’ll be ready to set out AFTER rush hour!

Have a great long weekend, friends! Thanks for stopping by!