Yesterday, while the nation was focused on the inauguration of the 45th President of the United States (whether you were cheering or weeping or just had your fingers crossed, I hope you were also praying!), we were concentrating on the 36th POTUS – Lyndon Baines Johnson. I was still in high school when LBJ was in the White House, and coming from a conservative family I don’t have any warm and fuzzy memories of this President.  Taking over the reins from JFK, enlarging the Vietnam War, ushering in massive welfare policies – those are the flashes of memories of LBJ I have. So yesterday when we visited the LBJ State Park and Historic Site, it was nice to put a more human face to this President. 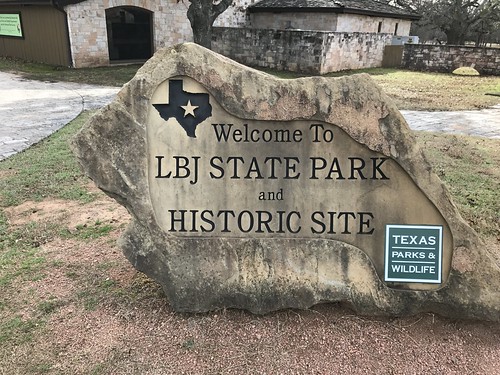 This property. also known as the Texas White House, was truly the Johnsons’ “Heart Home”, and it was easy to see how this was a place where a weary President (and his family) could come and get refreshed and filled up for the heavy job of the running this great country. 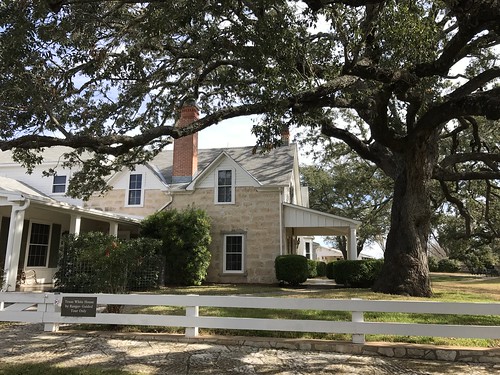 But this wasn’t just a vacation get-away for the President and his family. He spent almost 1/4 of his presidency at the ranch, had telephones and TVs in every room, and entertained (and ‘did business with’) many heads of state during his time at the Texas White House. The house itself has been totally restored to how it looked during his Presidency, and the tour was excellent! (Sorry, no photography was allowed. =( ) Interestingly, one of the videos which we enjoyed was a tour of the ranch that was made during LBJ’s lifetime with him narrating in many places. The video was black and white and grainy, but you could really sense LBJ’s love for this land and his Texan heritage. Did you know

Just four short years after he retired to the ranch, LBJ died of a massive heart attack while on the ranch. Lady Bird Johnson outlived him by 34 years.  Both are buried near their beautiful Texan home, beneath gracious Live Oaks, with a church steeple in the distance. 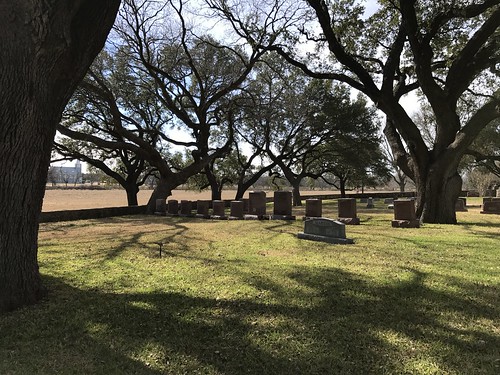 We thoroughly enjoyed getting to know ‘the man’ behind the President, and seeing the property and lifestyle that shaped who he was and how he governed. And of course, perhaps the best part of the outing was that we were hanging out with dear SOWER friends! 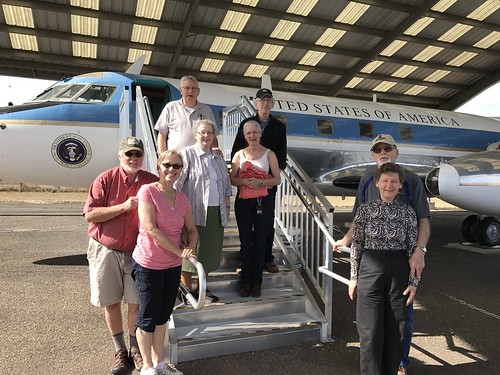 Nothing makes history more fun than seeing it with friends!
I highly recommend checking out any Presidential libraries, homes, birthplaces, etc. that you might come upon during your travels. There is ALWAYS something to learn!