I haven’t done a “Craft-y” post in a while, have I?
I know in the past I’ve written about how much I love to make bags. Especially those cute Tag-Along Totes!
But lately I’ve been perfecting a Game Bag. OK, “Perfecting” might be a bit of a stretch, but still, I’ve made some modification to an existing pattern.
We’re big Rummikub fans, but not such a big fan of laying out all the tiles . (I know, I know – it’s a very small thing, but when you live in a very small space these things need to be considered.)
I started out making a simple drawstring bag – 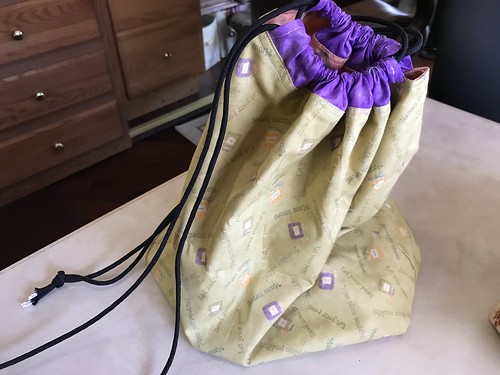 which worked well for storing the tiles, but it was not so great for grabbing the tiles during play. 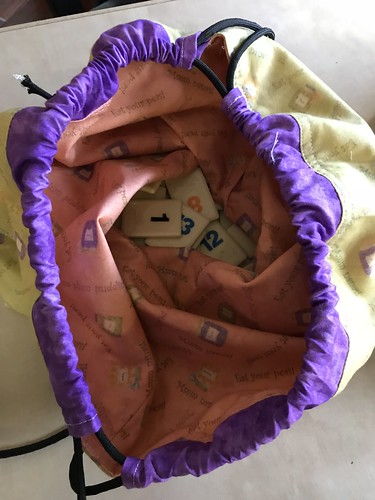 It was just kind of floppy.

I found a “Box Pouch” tutorial over on YouTube that looked like it would work just fine.

I really liked my first attempt 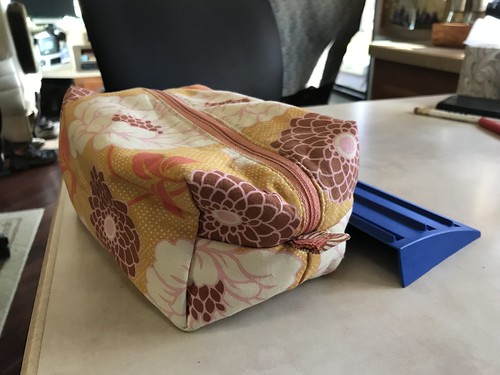 and it worked great for passing around to draw tiles. BUT – it wasn’t big enough to hold the trays too.  Back to the Tiny space thing, right?
Hmmmm….
So I adjusted the size and added some additional interfacing and quilting to give it more stability, and voila – the perfect (OK – modified!) solution! 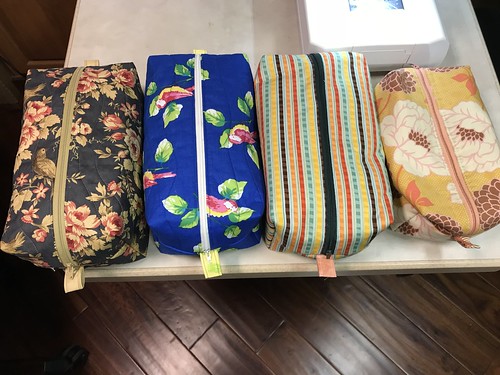 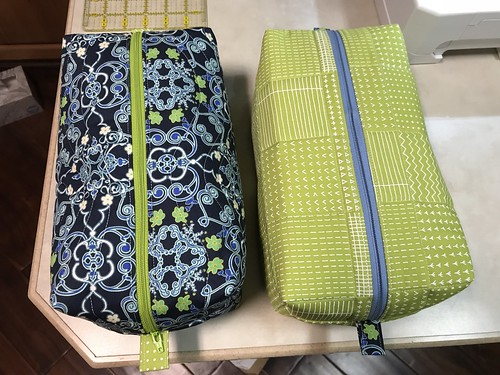 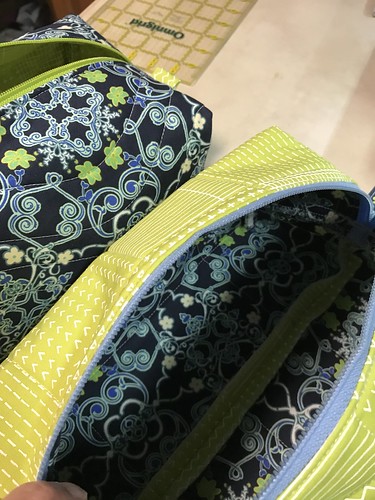 This little bag would work great for a quick game of Dominoes too!

Most of these have already found homes, and I’m pretty sure the ones that are left will be put to good use. 🙂 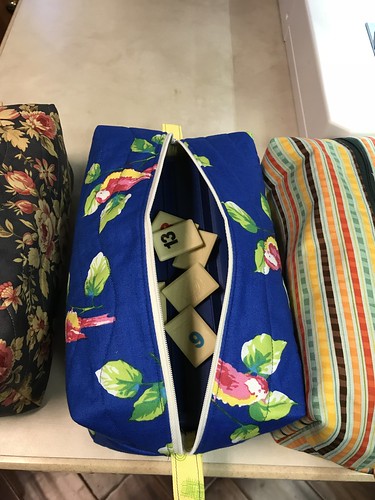 PS – Along with that video – here’s a link to actual written tutorial.