In all fairness, this wasn’t a traditional ‘renovation’. No walls were moved, no windows replaced and no floors were ripped up.  The really important part of this reno is invisible to the naked eye, since it is all inside the walls or in the attic. 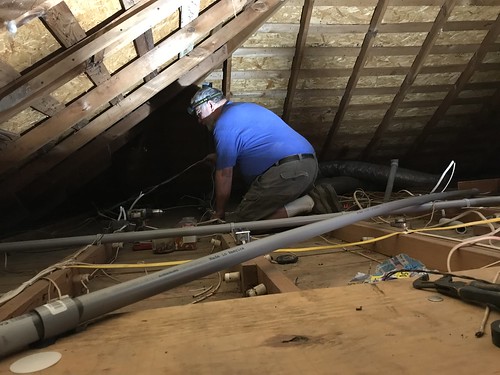 But as to the parts that you CAN see – I thought I’d share a couple of “before” and “afters” before I share some other Really Big News!
Closets aren’t the most exciting spaces in any house, but I really enjoyed rehabbing these two spaces right down to the shiplap!
Hall Closet before: 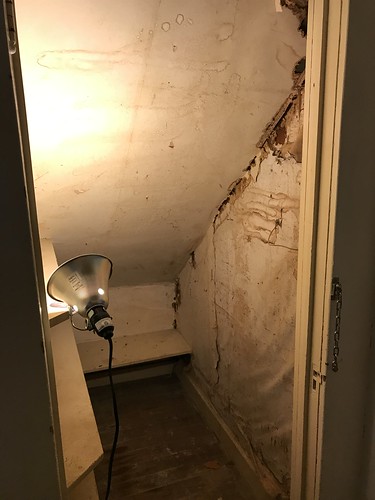 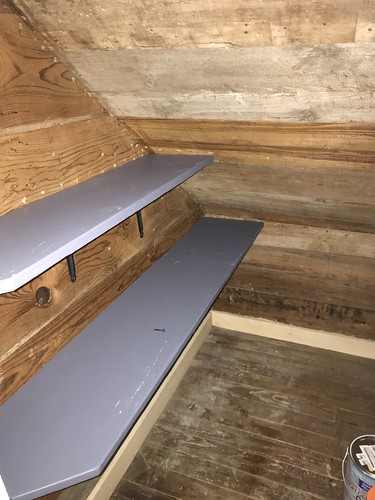 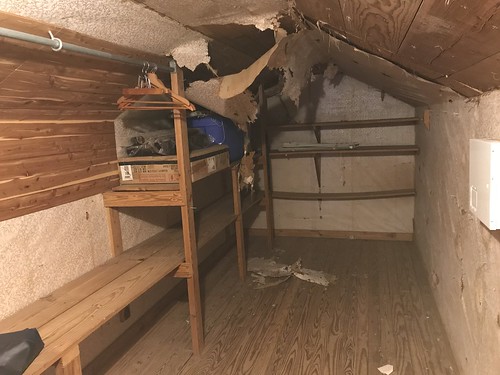 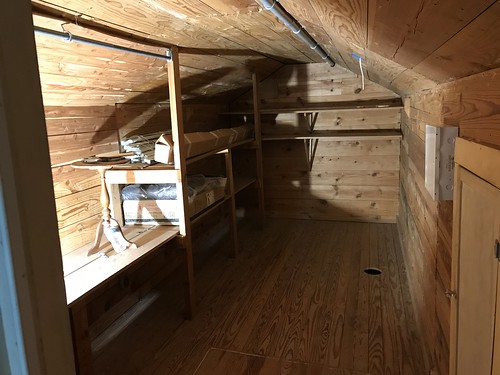 Then there were the two bathrooms. In all honestly they both could’ve used an big update. But that wasn’t really in the cards (or budget!). So with the first floor bath we painted and changed up the mirror just a bit and basically shined the place up!
Here it is before we started – 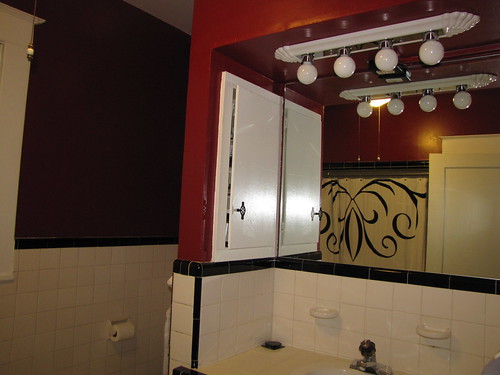 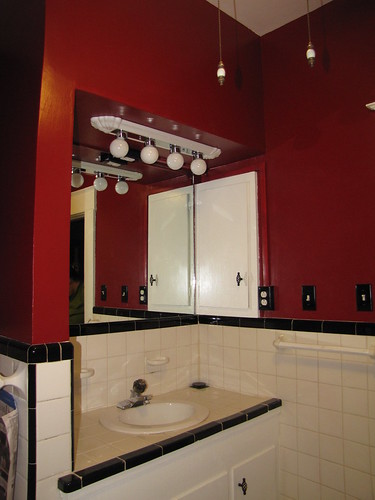 And here it is After (Photo by the realtor’s photographer!) 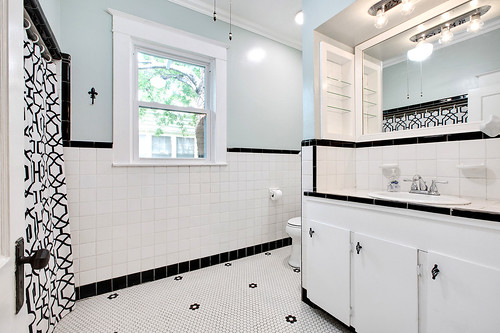 The upstairs bathroom had all sorts of complications – a claw foot tub, a green ceiling, louvered doors on the closet….it really was just more than I could wrap my head around. So I took down the shower curtain, gave everything a good cleaning and shine and called it a day. When I saw the photo from the photographer, I was very pleased!! Still needs to be updated, but it really didn’t look too bad! 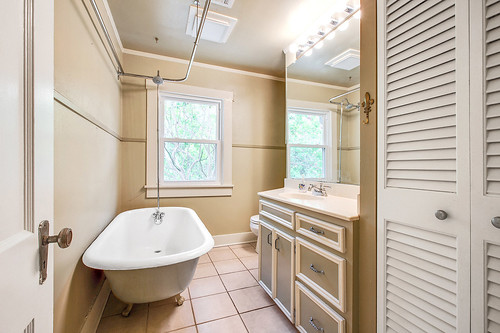 Our other big – and last to get done – project were the stairs to the second floor. The carpet had been removed years ago, and there was just never a good time to deal with refinishing or painting those stairs. 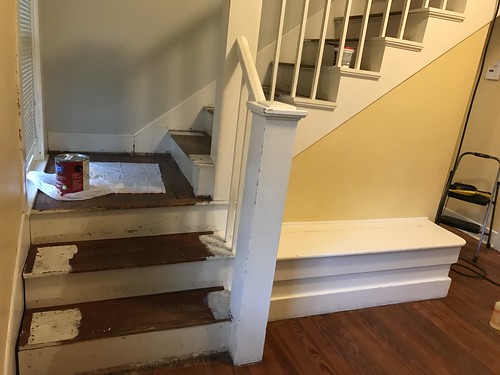 We put it off until the end because there STILL wasn’t a good time to tie up those stairs. So there was a pretty hard push at the end to get three coats of paint and then three coast of polyurethane on those steps. But when it was all said and done – we were very pleased! 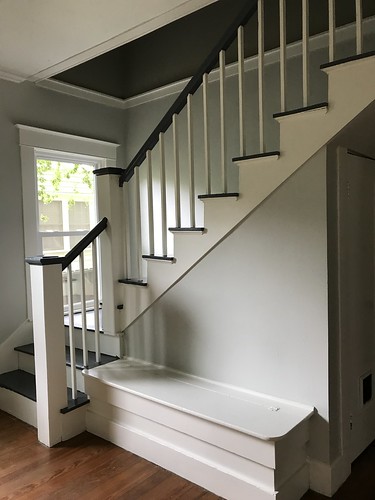 Oh – and the shed!! We can’t take credit for the actual painting of the shed (the house painters did that!), but my how pleased we are with the change it made!
Before – 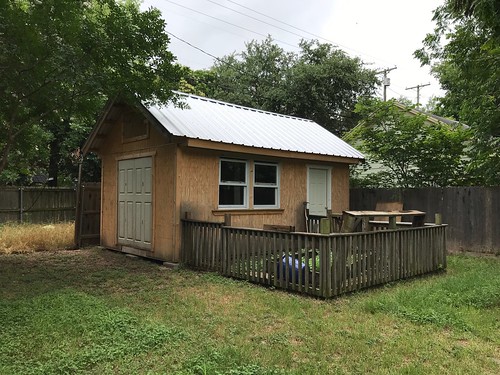 HERE’S a link to the listing with all the photographs that were taken by the realtor’s photographer. Even I was like – this is MY house?????

OK – enough “before” and “afters”. The whole house was quite transformed, even without any walls being moved or rooms being redesigned. The “Coming Soon” sign when up last Wednesday and it was supposed to be officially listed on Tuesday (19th). By special permission an out of town buyer came to see in on Friday night. His realtor had another couple interested in it so they took an early look also. By Saturday morning, three days before it was officially listed, we had a full asking price/no contingencies offer. We signed the papers on Monday (after we put a final coat of polyurethane on those stairs!), and baring any unforeseen complications, settlement is scheduled for early August. Our heads are kinda spinning right now – but one thing we are doing is packing up and moving on out!! Pennsylvania (with a stop in Ohio to hug some grandkids (and their parents!)) here we come!!
Thanks for coming along on this Waco Reno journey!

Sorry – here’s one more of the front of the house…..
Before –

17 thoughts on “Wrapping up the Reno”