Now that I’ve caught you up on the work that we helped out with last month, I thought I’d better let you know that there still was a lot of fun!! While I confess we’re really doing a poor job of sightseeing these days, we are doing a pretty good job of people connecting! For example –
We’ve spoken to Doug and Janet on the phone several times over the last couple of years. In fact, Doug works on one of the SOWER committees that Gary is a part of. The first time Gary spoke to Doug he told him that even though we’d never met he felt like he knew us because he’d been following my blog for several years. (There’s a couple of brownie points right there!) We knew they were spending the winter at a campground near Bradenton (he the pastor of the campground church), and since Bradenton was within easy driving distance of Wauchula, we FINALLY got to meet these sweet people! 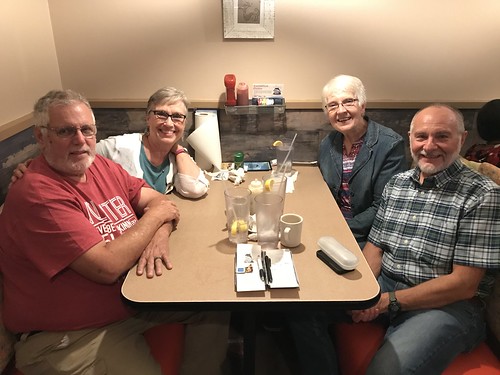 It was wonderful to put faces to names (and conversations) and we managed to connect with them another two times during the month!
I also had contacted a retired SOWER who lives in Bradenton  about getting together. Between other SOWERS he knew and an “anyone want to come” announcement on Facebook, we managed to gather quite a gaggle of SOWERS for a fun lunch at a local Golden Corral. 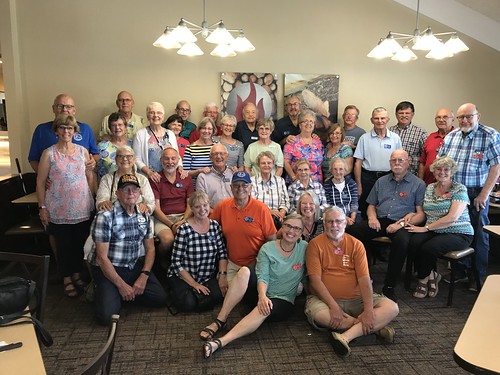 Aren’t we quite the crew?? Craziness abounds! 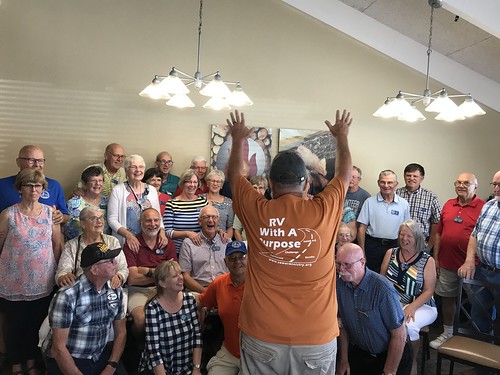 Right after that fun lunch, Gary and I headed to Ft. Myers to reconnect with friends we hadn’t seen since 2011. We can’t quite figure out just where those years went, because we took off right where we left off. It was grand! We spent a morning at the beach 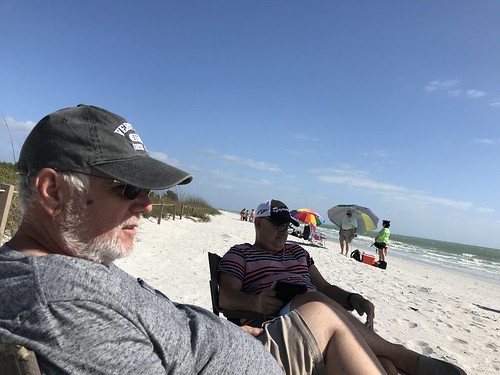 played some pinochle (hadn’t done that for a long while!), met their kids and grands that live nearby, and generally caught up with life! 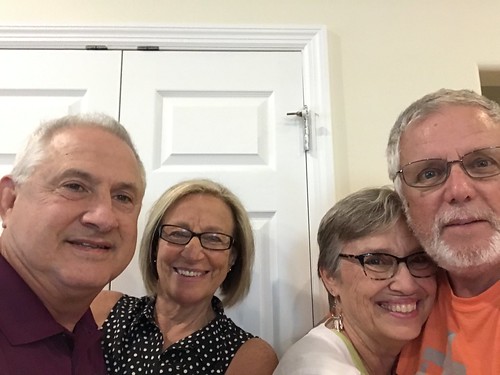 So good! So very very good!

It truly was a month that was filled with friends that feel like family – and we were blessed beyond measure to be able to connect with all of them.

January’s Fun isn’t over yet – but I’m saving that for another day!

PS – Brownie points for you if you know where the “Sailor Kissing Nurse” statue in the post header is located!

One thought on “January Fun”