Tonight we are staying the fourth different motel room in six nights. We’re still a solid eight hours from home (still parked outside of Atlanta), so hopefully we’ll get a good night’s sleep so we can finish this little road trip strong!
And while there are lots of stories to share about our Texas Road Trip, tonight I just want to share a little “God Wink” from today.
As we were heading west last week I was posting photos of each state that we went through.
When I posted the photo from Louisiana 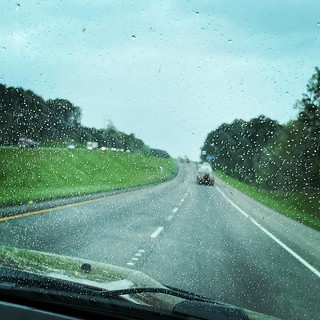 a friend (who is also the director of a favorite SOWER project) commented on Facebook that they knew of a great seafood restaurant not far out of our way. In fact, it belongs to his in-laws. The timing was wrong for a stop on our trip west, but we tucked that little nugget away.
Today we didn’t get on the road heading east until after lunch, and that little seafood restaurant was looking like a real possibility. I had to contact Todd (the friend with the restaurant tip) on some SOWER business, and I mentioned that we were going to try and stop at that restaurant for an early dinner on our way. Turns out that he and his family were returning from vacation and were going to be there too! What a lovely unexpected treat.  We only managed to overlap for a
quick catch-up and some good hugs, but it was a sweet and unexpected connection! And as an added perk, the seafood was excellent!

Bed number four is calling! I’ll be working on more catching up in the days to come!
Sleep well, friends,

(FYI – Scott’s Catfish and Seafood in Ruston, LA – check it out next time you’re barreling along I20 through Louisiana. You won’t be disappointed!)