It seems to always sneak up on me. Do we really have just a week left at this project? What exactly have we been doing for the last two weeks?
Inquiring minds want to know, right?

First of all – they let me drive a golf cart! 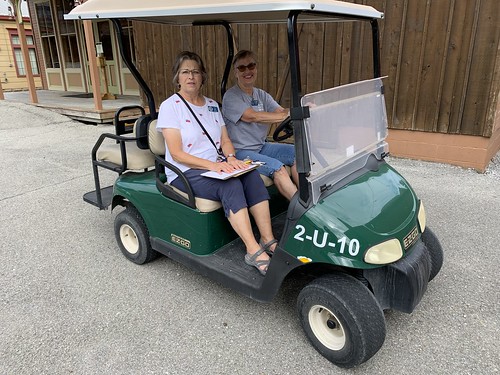 Kinda crazy, right? Tamara and I were tasked with checking out the curtains in each building to see if they needed to be replaced. We had our clipboard and a master key, and we were off! It was so fun exploring all those cool buildings, especially since while a building might look like this on the outside 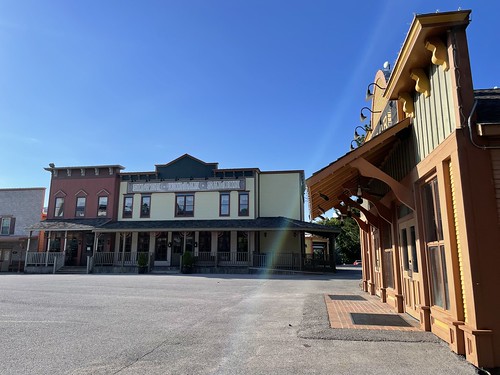 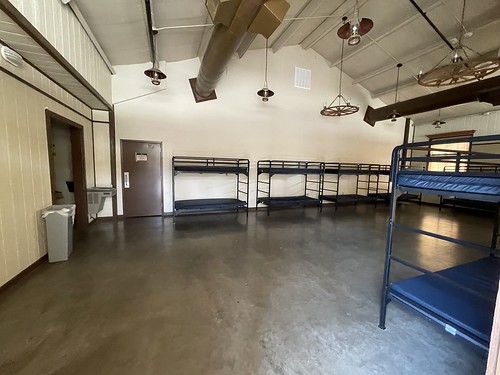 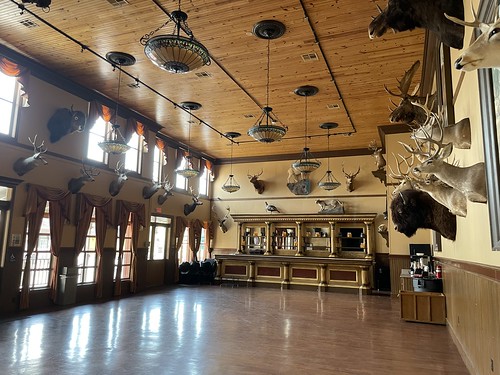 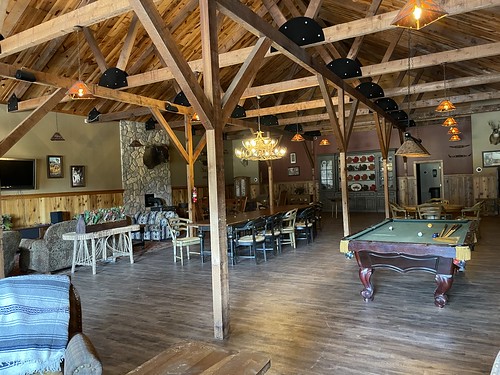 We also did a some post-retreat cleaning and laundry, so there was a nice variety to our work week. 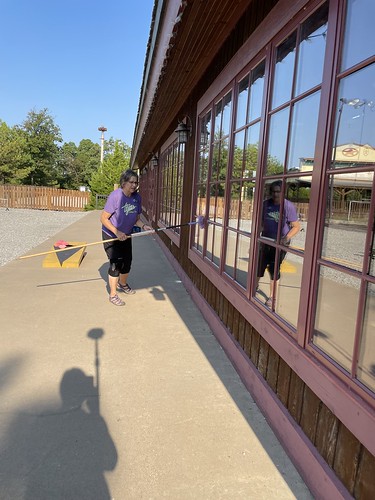 Sweeping away the spider webs on the outside 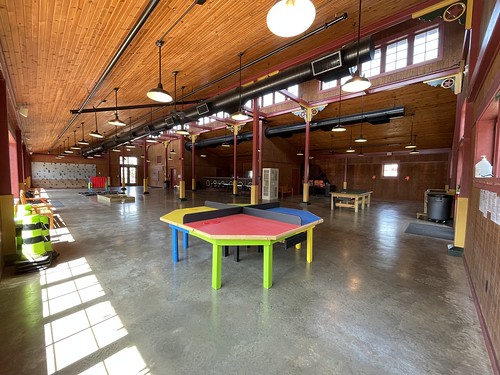 and lots of fun games on the inside! 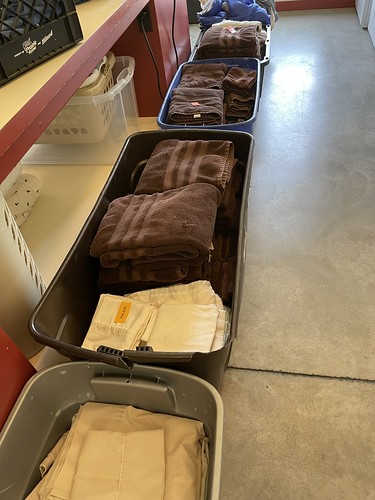 And laundry. There is always laundry!

While we were scooting about in that golf cart or chasing down spider webs, the guys were working on replacing a set of porch posts that were beginning to show some serious wear. 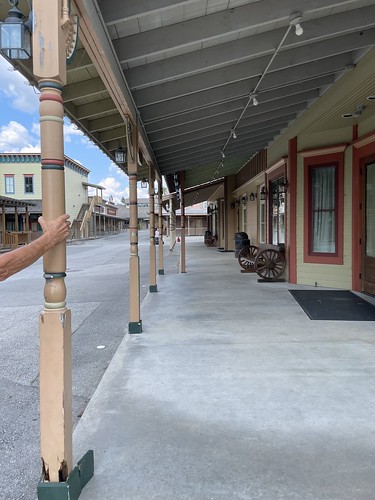 They weren’t replacing them with such fancy posts (think $$$), but rather something that would last, look pretty good and ALSO hold up the porch! 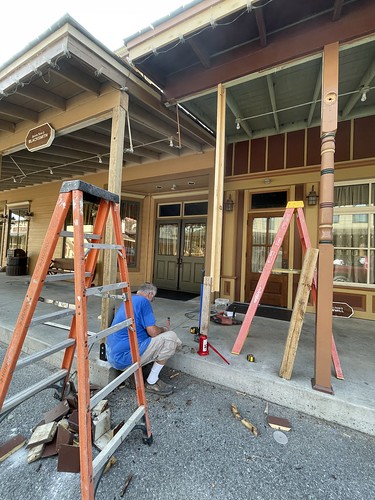 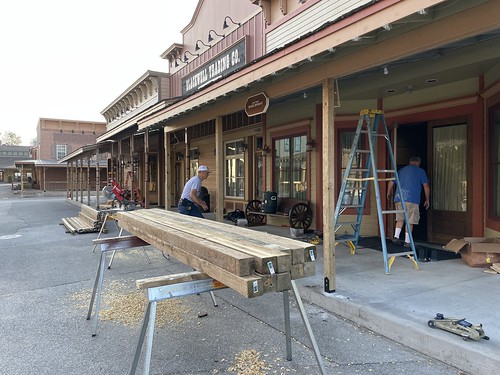 Once the lights and corbels were back in place, those new posts seemed to fit right in! 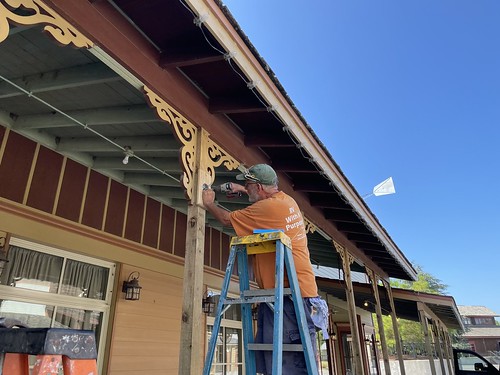 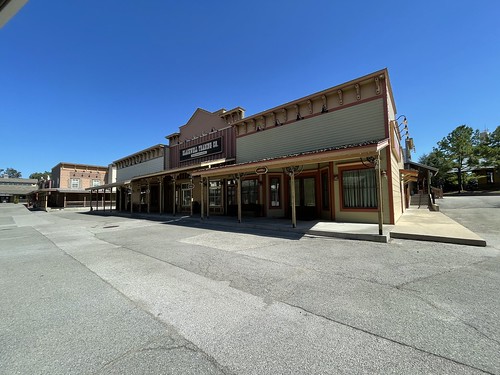 But of course that only took the first week! After that they moved to disassembling/refurbishing/repainting/whatever was needed to some outside lights! 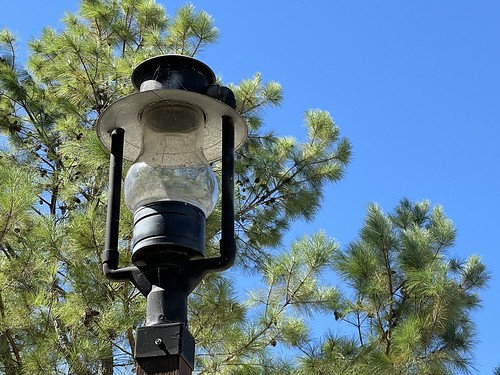 And when I say ‘some’ I really mean between 80 and 100!! They all needed to be taken down, cleaned up, repainted, rewired and then reinstalled! 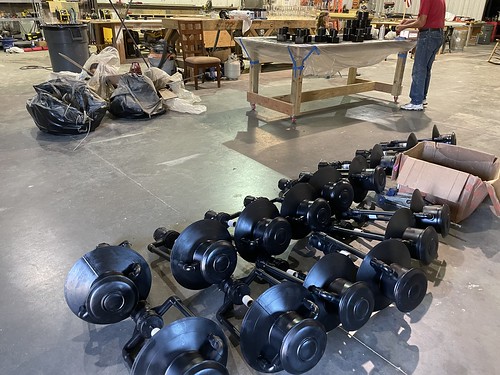 They were working on batches of about 20 and pulled us girls off the golf cart to give them a hand! 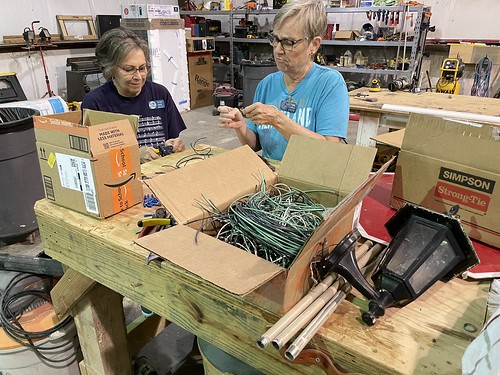 This apparently is the face you make when you’re learning how to strip wires!
There were globes to wash 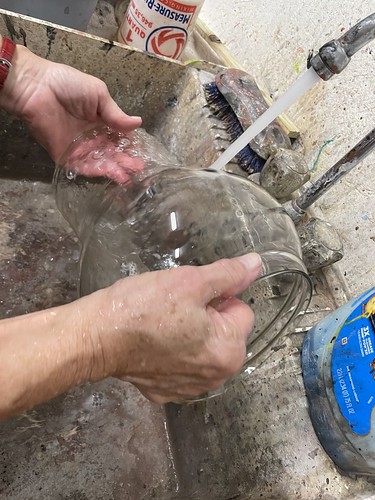 and plenty of spray painting and rewiring to be done. 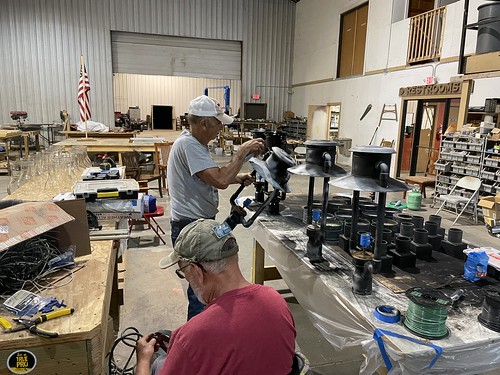 My job was to do the pre-painting clean-up, which did involve some live spiders and even some old wasp nests. 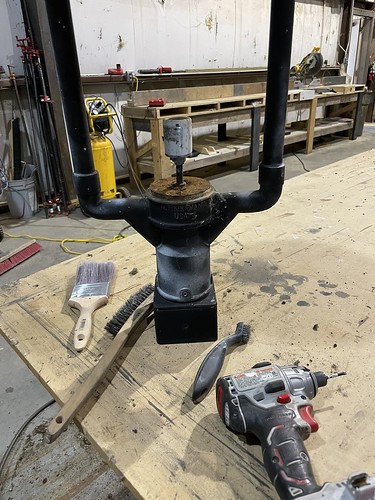 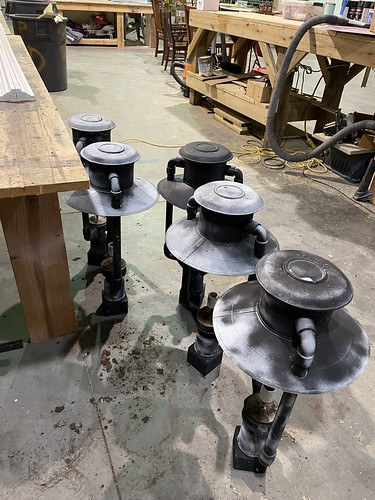 No pictures of the actual cleaning, and no screams with the creepy crawly things, I’m happy to report!
The guys were able to get the first two batches back on their posts 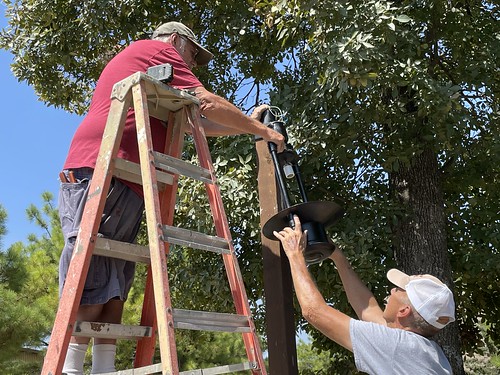 and when we checked out the finished result later that evening – 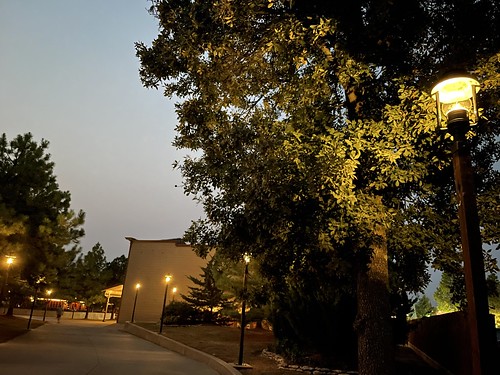 my, they looked purty!!
With just four days to go, we’re hopeful to get another 40 down, refurbished, and back up! Although it seems that every time we turn around we’re finding more of them!

This is an amazing facility that New Life Ranch has only owned for the last three years. (Previously it had been “Dry Gulch, USA” , a ministry site from a large Tulsa Church that included not only a summer camp, but also a hugely popular Christmas Train.)  Although it’s always been a Gospel-centered camp, New Life Ranch is working hard to re-mold it into their ministry model! It’s been very exciting to be part of the process.  The train was sold before New Life purchased the property, but the rest of the campus is still largely the same! Here’s an older video from the “Dry Gulch, USA” days.

Thanks for coming along for the recap of the last couple of weeks. Man, they go by fast!