It was the best of times.
It was the worst of times.
Like most American couples, we each have our own phones. We’ve moved from flip phones to Androids and iPhones. Currently (and mostly just to keep me from having to Google how to make something work on Gary’s Android) we are both happy with our two iPhones. 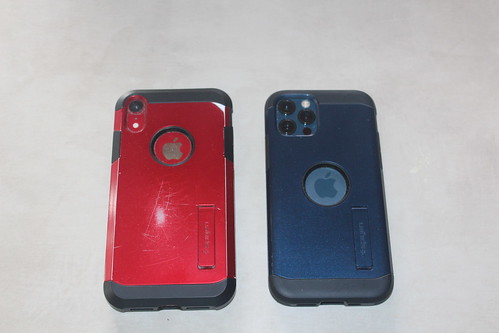 But we have a problem. (And yes, I know this is TOTALLY a first world problem, but bear with me!)
From the front, they look pretty identical. 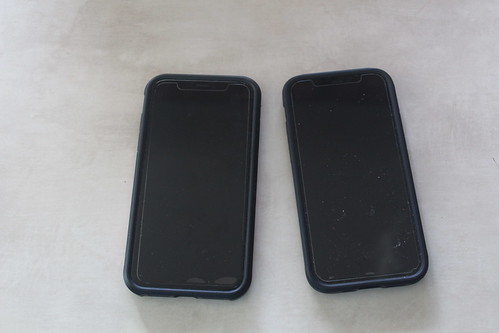 Even when they  “wake up”, there is still room for confusion. 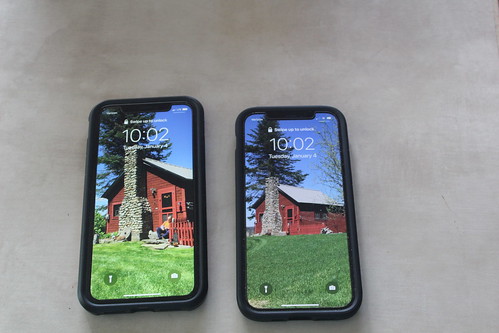 So often it’s not until the facial recognition doesn’t work and it moves to the “Enter Passcode” screen and our individual passcode doesn’t work, that we realize we have the wrong phone.
But really – it’s been a nuisance, not a trauma. But then this happened while we were on vacation last week –
“Time to go meet my cousin at the restaurant.”
“Great – let me grab my phone and purse and we can go.”
Hmm, I thought my phone was there by the computer. Did I already out it in my purse? Nope. I checked my pockets. Nuthin’.  Finally I resorted to the classic “Find my Phone” non-app –
“Honey, can you call my phone? I know it’s here somewhere!”
Muffled ringing commences.
“It sounds like it’s under something. Can you check between the cushions on the sofa?”
Nothing.
“Have you checked in the bathroom?” (Don’t judge!)
Not there.
Ringing stops.
“Call again, would you?”
Now the condo wasn’t all that big, and we could both hear it, but we just couldn’t pinpoint where the ringing was coming from. We went from room to room, with Gary calling my phone again and again. It was probably only about 5 minutes of searching, which of course seemed like 15 or more at the time. I was following Gary around as he was carrying his phone, and the ringing just seemed to be in whatever room he was in. But still really, really muffled.
Finally we both stopped and looked at each other.
“Is it in YOUR pocket?” I asked??
Yep, he had picked up my phone thinking it was his and put it in his pocket. Then moments later saw His phone and picked it up. (We have pretty pitiful short-term memory, don’t we? 😉 )
Once we stopped laughing (it was pretty hysterical at the moment!), we were on our way to meet Andrea and her family, and all was well.
But at that point, I decided it was time for the obvious fix for this problem. 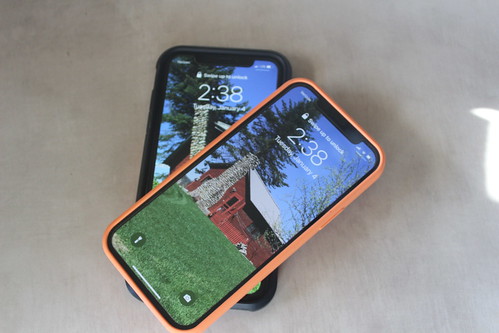 And so the end of this Tale of Two Phones has a happy ($15 thank you, Amazon Prime) Kumquat ending! 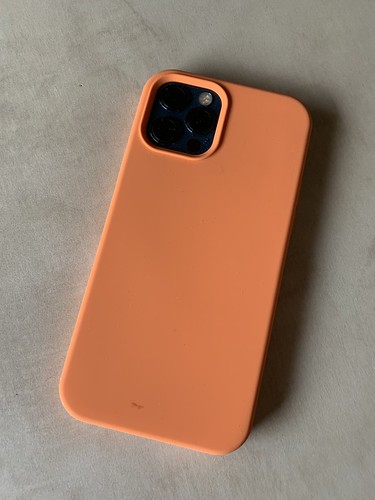 Like I said, a First World Problem for sure!

2 thoughts on “A Tale of Two Phones”