…the dishes are done, the bank statement is balanced, the credit cards have been reconciled, and the trash has been taken out. I’ve even done WORDLE for the day! Seems like a good time to finally do a little ‘catch-up’ blog post!
It’s hard to believe we’re already 2/3rds of the way through our June SOWER project! And they’ve been busy weeks, indeed! We ladies started out washing windows. 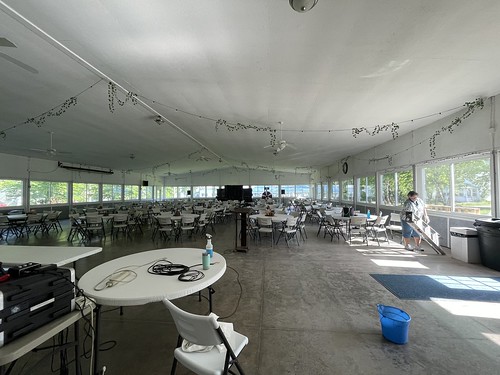 And then we moved to the tabernacle and washed some more windows. 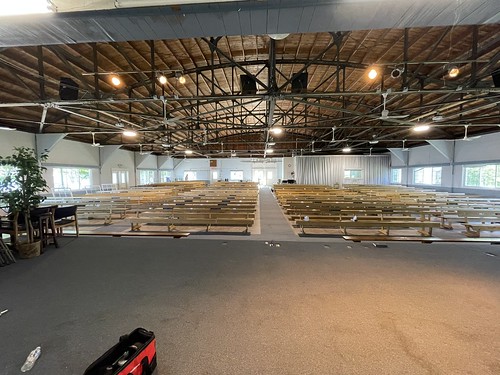 But I have to say, if you have to wash windows, at least we were able to enjoy the view! 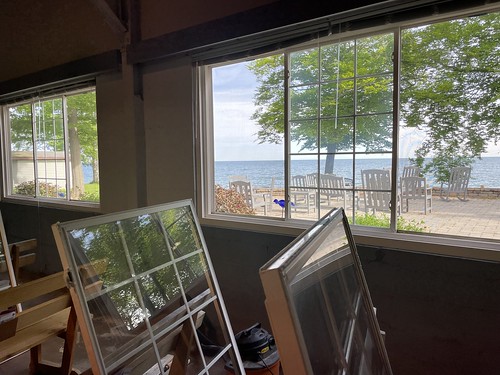 While we were busy washing windows that first week, the guys were handling a variety of other tasks. Most of them are undocumented (I was busy washing those windows, remember?). Their jobs included (but were not limited to) painting, 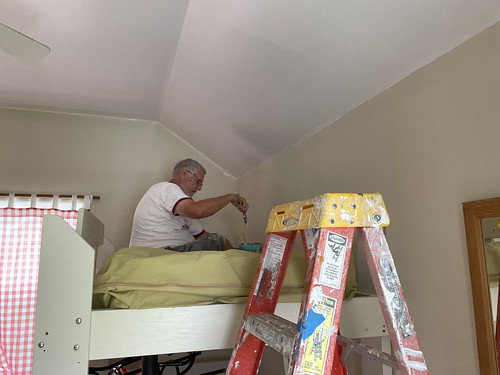 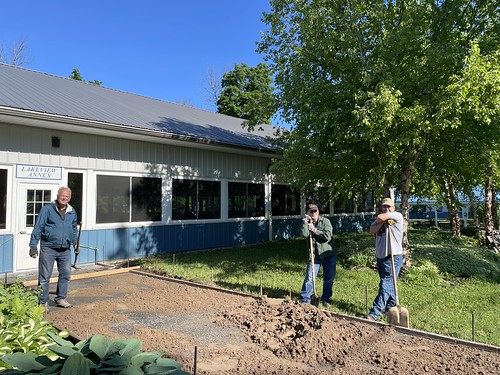 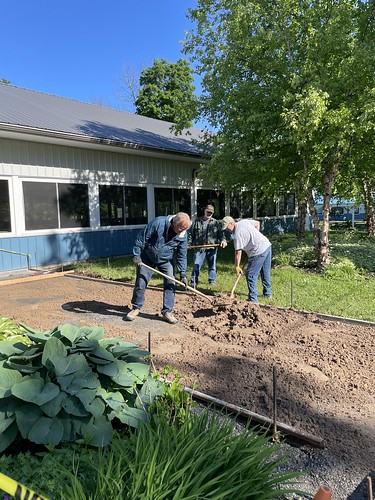 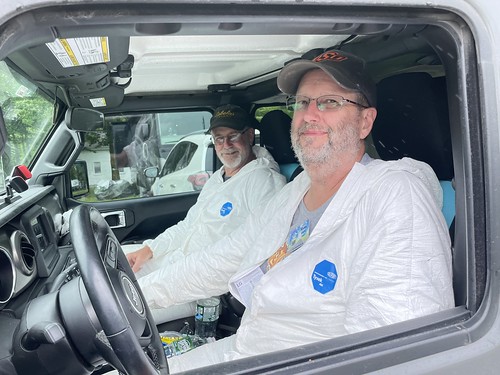 Apparently some racoons had gotten into the insulation in the attic of one of the camp’s cabins. Mike and Russ gave it their all  as they cleaned up the mess and got that cottage livable again!  While they were working in those hazmat suits,  Gary just kept painting away! 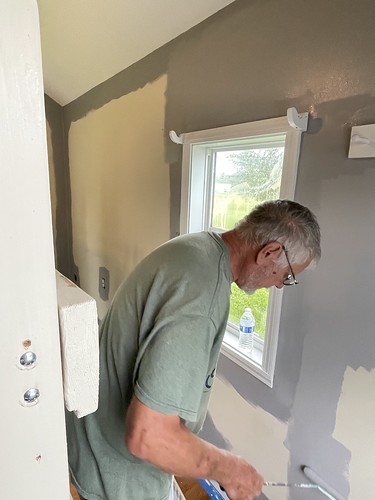 I guess that’s the perk of being the oldest guy on the project! 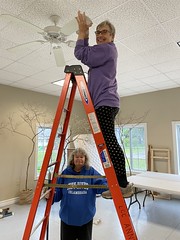 But while we all worked hard these last two weeks, we also had some lovely down-times too!

Like the boat ride we enjoyed last weekend thanks to a cottage owner. 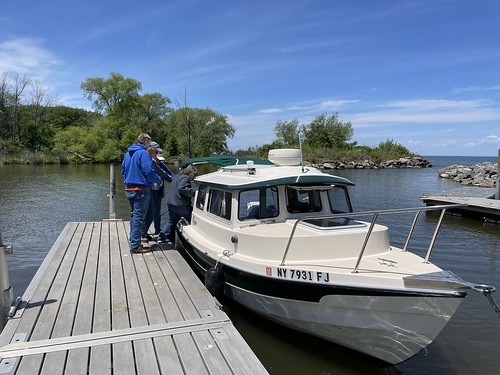 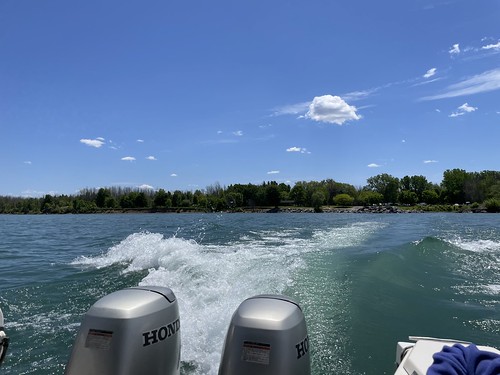 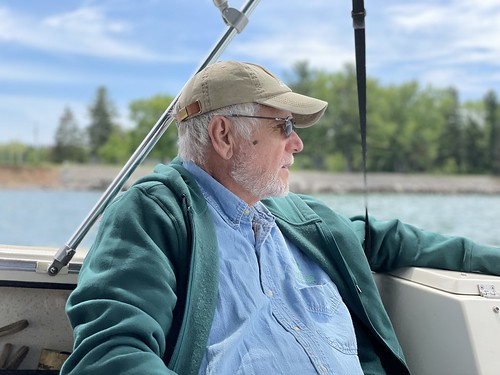 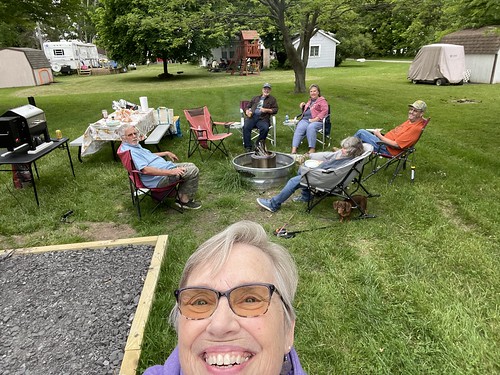 Or like last night when it was quite the crowd! 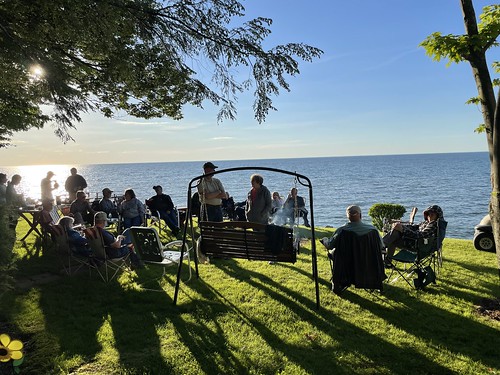 The evening ended with a lovely sunset (and we could even see the skyline of Toronto in the very far distance! But you’ll have to trust me on that. It’s only a iPhone, guys!) 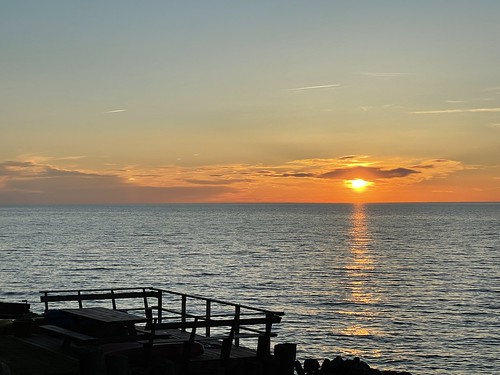 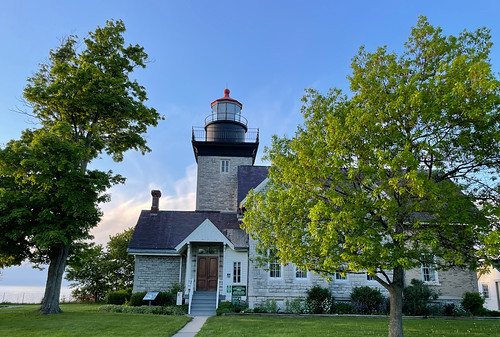 eaten fresh strawberries, and did a sampling of ice cream testing at a couple different spots! Although we’ve had a couple of rainy days, when the days have been lovely, they have been lovely indeed! 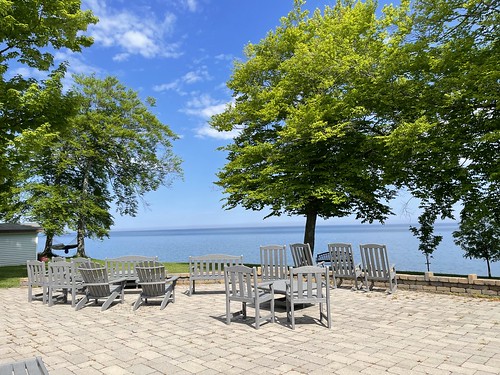 Life on the Lake – yep, it’s been pretty fine!

And now it’s Saturday afternoon – and I’d better hit that ‘publish’ button before it becomes Saturday night!
Thanks for stopping by!