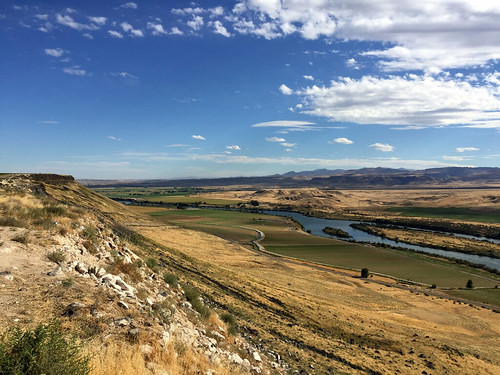 but I’m sure the rest of you were guessing in your head, right? 🙂
The one guess was Kansas (good guess, but no), and even Gary was stumped (and he was WITH me!). END_OF_DOCUMENT_TOKEN_TO_BE_REPLACED

This is a bit late (trying to work out some internet issues), but before I get too involved in our Sugar Pines project and this beautiful area, I wanted to share a bit more about our time at Hope House in Marsing, ID. So here goes –

(I know you must get tired of hearing this, but) We had a great month! Oh, the internet was slow, the TV channels were slim and we were plagued by our least favorite weed in the country (‘goatheads’ which have tiny iron spikes that come in on your shoes and then attack your bare feet), 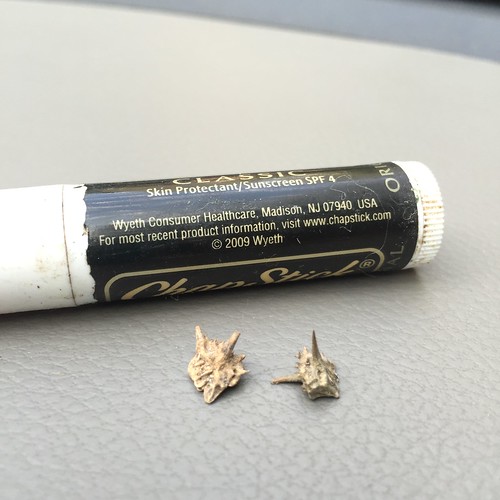 but being able to serve at this ministry was such a blessing.  We learned that there are many different faces to Hope House and came to appreciate each one.  The ‘under-18’ crowd are kids (10 and up) who are placed here largely due failed adoptions (many international ones), and who are struggling with severe attachment disorders. They can no longer stay at home, and this is a place to come where they can get intensive help in a group setting.  There is also a group of residents who have been there for many, many years (before HH became focused on the attachment disorder scenario) and live in a separate building where they have a kind of independent group living set-up. Most have some severe learning/mental disabilities (but are very loving and sociable) and have nowhere else to go.  These guys just light up when they see SOWERS – and I’m sure it’s a big reason why so many of the SOWER workers there come year after year. The final group are girls who have ‘aged out’ of the program, but again have nowhere to call home. The philosophy of Hope House is no one is ever made to leave (unless they just need more help and care than they (Hope) can provide).  So needless to say, there is a lot going on at Hope House, on many different levels!  What SOWERs do is try to keep the facilities safe and working so that the dedicated folks that interact with the residents can concentrate on that important work.  With a school, a gym, a dining hall building, residence halls, etc, there is always something that needs to be done. And with 8 SOWER couples (that’s 16 hard working (not so very old) senior citizens), a lot was accomplished.

We ladies painted bathrooms, got Christmas stockings organized for filling (they get sent out to different churches who fill them), labeled med cups (sounds simple, but my goodness what a big job!), sorted through donations, scanned and organized records, helped out in the kitchen and made curtains for the girls’ dorm.

Here are a couple of my favorites –

And there are a whole bunch more HERE!

I’ve lost track of what all the men did – but it was a very long list. Rooms were built, floors were tiled, siding was installed and painted, A/C’s were checked and repaired, stairs were built, bathrooms were added, plumbing was plumbed and electrical wire was strung (and connected, I believe!). When our group leader read off all that the different teams did – it was just plain astonishing!

And of course, I don’t have nearly as many pictures of the men working (although I did snag some from friends!) –

Aaannnd – there are more pictures of those handsome guys working HERE!

Although we didn’t interact a great deal with the kiddos/adults during our working hours, we did worship with them on Sundays (what a blessing!) and we also checked out a couple of their volleyball games. 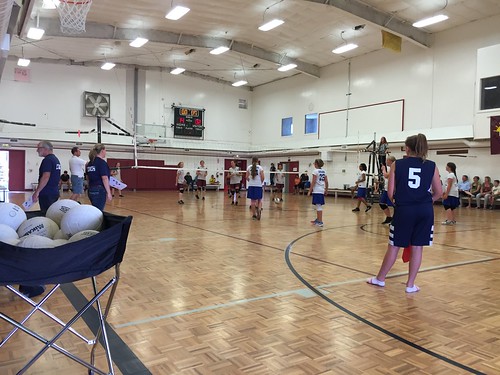 We had noticed that one of the residents (in the younger group) had some major physical handicaps.  M had been born with no legs from just above the knees and no fingers on her hands.  She had recently been fitted with prosthesis for her legs, and had just begun going to volleyball practice.  As we visited with the coach, she explained that at this point someone holds the ball for her when she practices her serves. Gary took a look at the situation, and thought that maybe, just maybe, he could figure out something that could help her hold the ball herself as she practiced (and then maybe even played!).  Here is his solution –

We did end up doing it a second time (it’s called the invention learning curve) to get the fit correct, and even then we weren’t sure that it would actually work. But she seemed game to try it out, and we hope that it is an encouragement to her in the days to come. (I told her that if it doesn’t work, then she could always just have it with her in case someone asks her if she can lend them a hand……:) )

So our time there was a delight! We were blessed with beautiful sunrises right out the window – 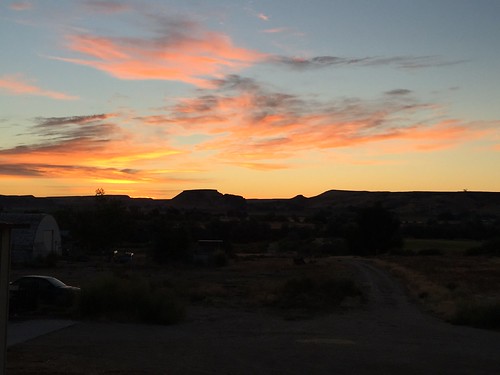 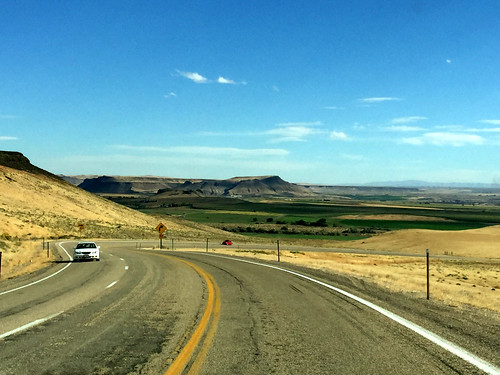 All in all – an outstanding month! It was easy to see why so many SOWERs who have come here over the years, come here again and again!

If you’d like to see the whole batch of the photo – work, play and scenery – you can check them out HERE!

[Real time update – 9/25 – I’m sitting in a Panera Bread, enjoying the internet and (relative) quiet. We had a great first week, and a GREAT weekend in Yosemite. My plan is to have posts already to go, and then just get them uploaded as I can, so there will always be a slight-to-major time delay! Thanks for your patience! There are a couple of pictures over on the Photos Page if you’d like a bit of a preview!]