No, not what we’re supposed to do FREQUENTLY with our computers and other devices.

No, it’s not the backing up you do when you need to get out of a parking spot.

It’s the kind of backing up where I need to fill in some of the blanks from my sad lack of blogging over the last several months. So, I’m going to give it a shot to get this little corner of the internet back up to speed (whatever speed that is!).
First up – our zipping out, zipping back, six night, four motels, trip to Texas last week. (Was it really just last week?)
Our time in Texas was pretty much all SOWER all the time! And while the Trustee meeting was of upmost importance (at least for Gary), the Texas Round-up that happened early in the week was certainly the highpoint for us!
It was a bit smaller this year thanks to our constant life-interrupter COVID-19, but it was special in so many ways! Among our group were at least two couples who hadn’t done any projects yet (and one of those was a ‘second generation’ SOWER – Mom and Dad had served years ago! We had even worked with them back in 2008!). Others had just completed their first project, and some only had two or three under their belt. It was so exciting and encouraging  to see that we ‘seasoned’ SOWERS were outnumbered by the new kids on the block.  I loved meeting these new folks that the LORD has brought into our ministry!

Along with wonderful fellowship we also were blessed to be part of constructing 10,000 (yes, that’s ten thousand) booklets of John and Romans to be sent overseas.
The booklets 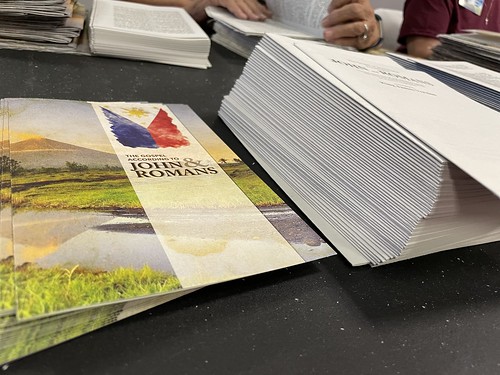 Part of the collating team 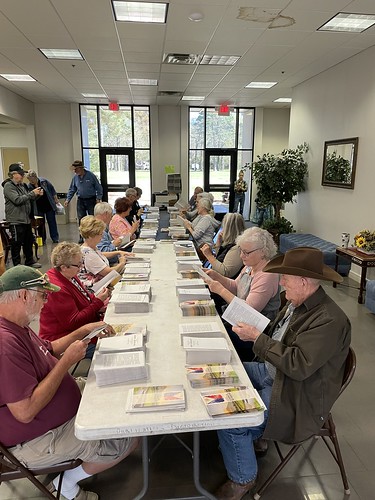 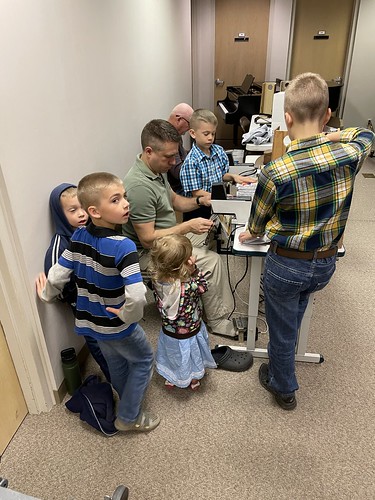 Thousands ready for the next step – 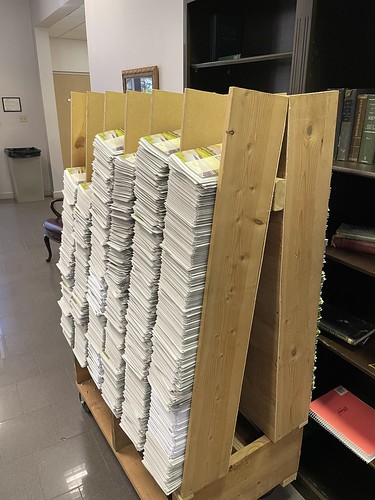 They’ll get trimmed and then packaged to go. It was inspiring to think about this portion of God’s Word getting into so many hands – and hearts, we pray!
Working on that Scripture project was very meaningful and I’m so glad it was incorporated into the Rally. But there were also many, many light-hearted moments as well!
Like jelly bean balancing 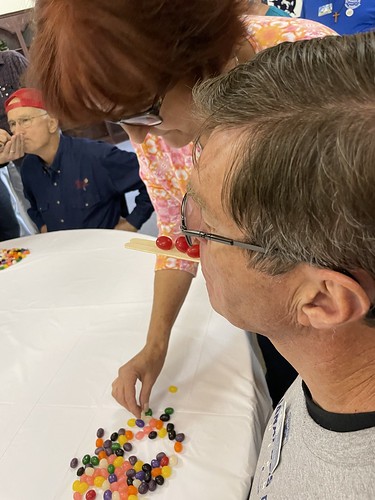 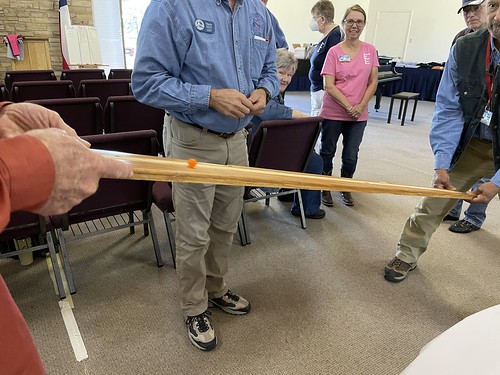 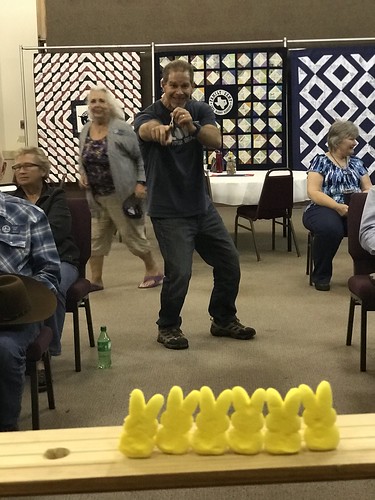 (Photo creds to new SOWER (and friend) Michelle Malek!)
Our Game Masters (Gail and Wayne) kept us thoroughly entertained.  (or perhaps we were the ones entertaining them!) 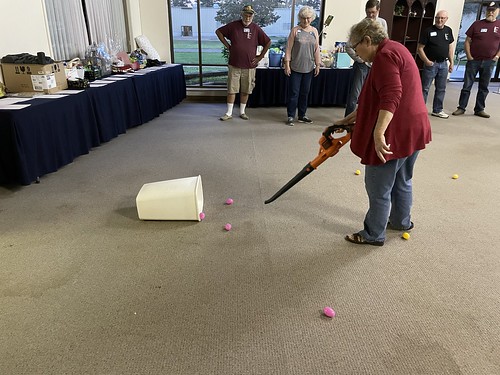 While laughter was an ever present guest at this gathering, there were some serious moments too. We had some Group Leader training (with lots of good questions) and a Q&A for the trustees that were present.  With so many new-ish SOWERS it was a wonderfully informative time.

We finished off the Round-up with a ‘formal’ banquet hosted by the ALERT Academy staff. 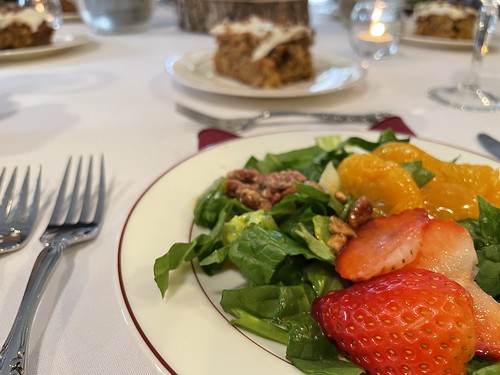 Complete with a harpist. 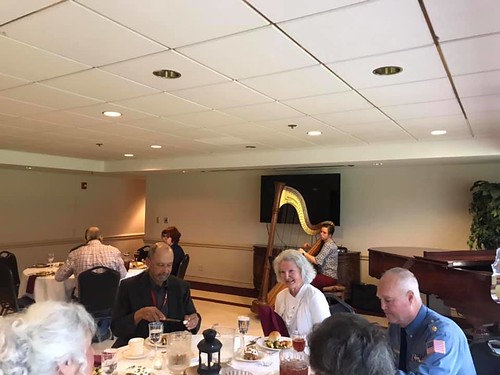 What a lovely evening!
All of the laughter, inspiration, encouragement, and fun made for another excellent gathering of our SOWER Family! 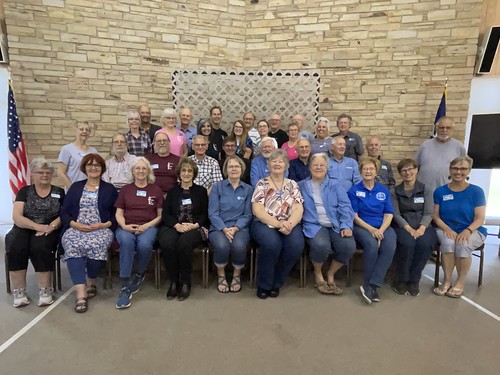 If you’d like to see additional photos (along with pictures of individual couples in attendance) you can check them out here!

I’m not gonna lie – it was an exhausting week. But oh the joy that came with it!